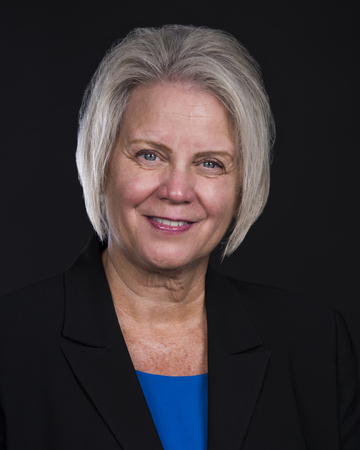 From APD, 18 July 2019   |    Dr. Sandra Roberts, president of the denomination’s Southeastern California Conference, visited July 7 to 15 with Adventist leaders in Germany. She is the first woman to be elected a local conference president in Adventist history.

Roberts is an ordained pastor in the conference which includes the Riverside, San Diego, San Bernardino and Orange counties southeast of Los Angeles. Her position as president is controversial because established practice is that only male pastors may be ordained.

During her visit to Germany, Roberts made contacts, held spiritual talks and met with women in leadership positions within the denomination’s two union conferences in Germany.

In West Germany, Roberts visited the Adventist church in Stuttgart. On her agenda were meetings with denominational administrators, visits to Adventist institutions such as the Friedensau University in Magdeburg and Hope Media in Alsbach, near Darmstadt, and historic sites in Berlin and Wittenberg. Roberts completed a rigorous program of lectures and also participated in a panel discussion on the role of women in leadership positions within the Adventist denomination.

“In our Division [the North American Division] equality [between men and women] is a requirement to be socially relevant,” said Roberts in the discussions. The Southeastern California Conference has a long tradition of equality in the ministry and they themselves have benefited. The union conference has always given her its full support as conference president, even if not all the members are in agreement. She was proud to stand up for equality between men and women in the denomination, and represent and encourage their female pastors. “I do not want my church so split … I believe that we belong to each other,” affirmed Roberts.

The parents of Sandra Roberts served the denomination as missionaries, so she grew up with a sense of call to serving the mission of Christ. Roberts holds a bachelor’s degree in dietetics from Loma Linda University. She also earned a master’s degree in religious education at Andrews University, and a doctorate at Claremont School of Theology. Prior to being elected conference president, Roberts served for nine years as executive secretary of the Southeastern California Conference.

Roberts has worked as a Bible teacher, as the executive director of the conference’s youth camp Pine Springs Ranch, as a campus chaplain, a pastor, a conference youth director and as an association administrator.