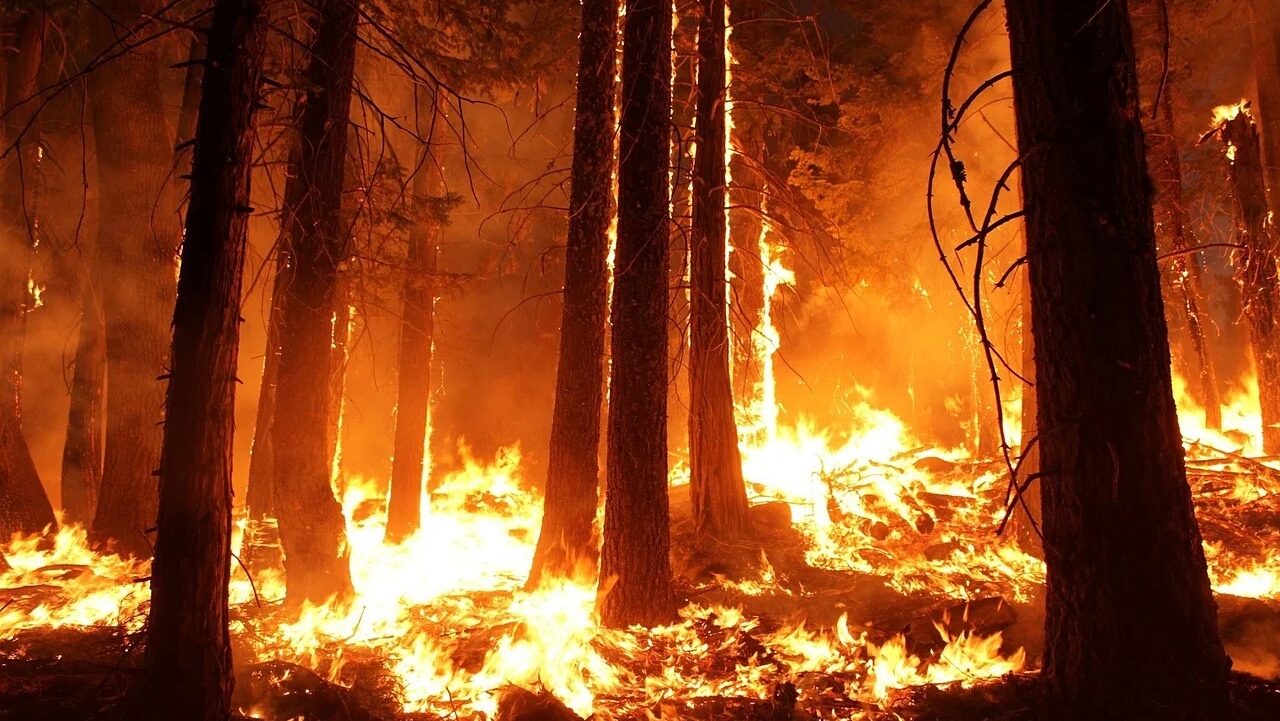 23 August 2020 | From Northern California Conference developing news (last updated August 21, 11:00 AM) – Although about 25 wildfires are raging in the Northern California Conference (NCC) territory as of August 21, 2020, no churches, schools, or properties within the NCC territory have been damaged. Moreover, all pastors, teachers, and conference staff who were ordered to evacuate did so safely.

“We are closely monitoring the situation,” said NCC President Marc Woodson. “Although some of our staff and church members have been displaced, we thank God for keeping them safe.”

Some residents in the Healdsburg area have been evacuated, including one pastor’s family, and reports from the area are still coming in. However, Rio Lindo Adventist Academy is currently not in danger, and it is outside the evacuation warning zone. “We are safe,” reported science teacher Denise Tonn on Thursday night. “Lots of air support arrived today for the first time, and it was sure good to see them! Best air show ever!”

Out of an abundance of caution, Angwin, Deer Park, and all surrounding communities are under a mandatory evacuation order. However, there is currently no threat to Angwin or Deer Park from the LNU Lighting Complex Fire. According to the Angwin Volunteer Fire Department, the most concerning fire is the Aetna Fire, but it is still posing no threat to the communities on the hill.

Laurie Trujillo, NCC communication and development director, evacuated from her home in Angwin. “For the last two years, the Angwin community and Pacific Union College have been preparing for the inevitable,” she said. “When the order came to evacuate, it was out of an abundance of caution since the fire line was still far enough away, and there was no immediate threat. However, it would only take a shift in the wind, and the situation could drastically change.”

Trujillo noted that last year a three-mile shaded firebreak was built on the prominent ridge between Pope Valley and Angwin, running from Howell Mountain Road to the Las Posadas State Forest. Support for the project came from the local community and state and local governmental agencies. “The firebreak was built to give Angwin and the surrounding communities a fighting chance,” she said.

NCC pastors, educators, and members are keeping the conference informed about the fires in their areas. “The SCU Lightning Complex fire is nipping at the outskirts of Tracy,” reported Tracy church Pastor Tyler Kraft on Thursday night. “All official word has been that the town is safe, but there is an evacuation in one zone on the edge of the city limits.”

To keep people informed, the California Department of Forestry and Fire Protection (Cal Fire) provides twice-daily incident updates, typically at 8 a.m. and 7 p.m. Visit www.fire.ca.gov/incidents for maps and other information.

“At this time, we ask our brothers and sisters in Christ to join us as we pray for the continued protection of all, including those on the frontlines who are battling the wildfires,” said Woodson. “We claim the promise in Deuteronomy 31:8, ‘The Lord Himself goes before you and will be with you; He will never leave you nor forsake you. Do not be afraid; do not be discouraged.’”