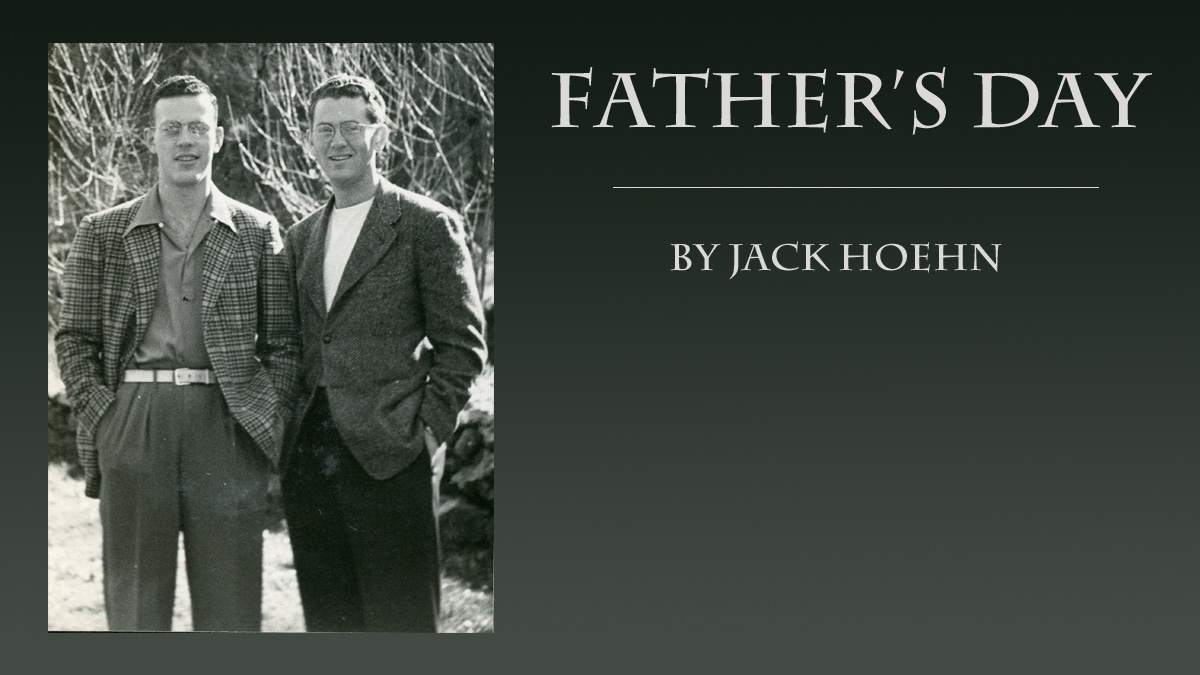 Father’s Day is likely a contrivance to sell greeting cards or to create guilt in children’s hearts as they realize, “I forgot to call Dad!” Daughters may be better at honoring Daddy, but my sons filled their filial obligations with a call and a text saying in brief, “Love you, Dad.” Their father was pleased.

But this year on Father’s Day seven of us who mostly no longer had fathers we could call, met for a Father’s Day supper. The orphaned cooks brought dishes favored by our departed fathers. So we had vege-burgers, potato salad, baked beans, and drank in homage something like Dad’s Old Fashioned Root Beer.

And then we talked for hours around a pleasant table into the evening about the men who made us who we had become. No one was in a hurry to leave and in some ways it was the best Father’s Day ever.

You would have heard of a German boy who was drafted into Hitler’s army and survived death in Russia so many times that he felt compelled to spend his life in ministry because of the multiple miracles that kept him alive in that human slaughterhouse.

And you would have heard of a Canadian boy who joined the Canadian Navy to avoid being drafted into the American army and fought on the other side of the war. And how each boy became a man respected and loved by his children.

Our Fathers Were Men

Male hegemony in Korea required one father to take a second wife to produce the necessary male heir, and brought the pain of polygamy into one daughter’s family. But her father too came to 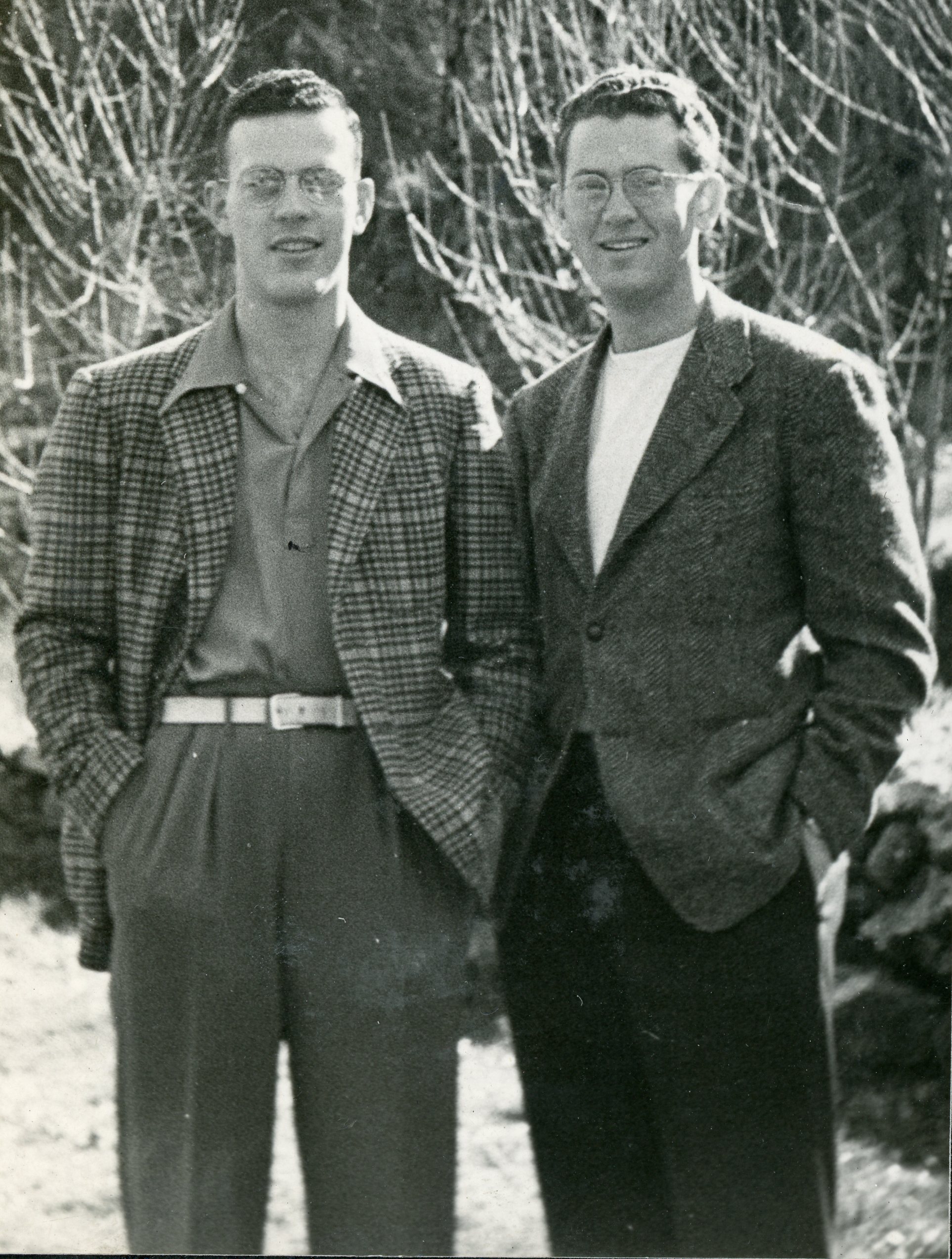 My late father-in-law Dean H. Hoiland (right) with his friend Walt Edwards. Adventism makes fine men out of good-looking boys like these.

Christ before death and awaits a resurrection far better than the traditional ancestral worship his dearly produced sons were intended to offer him.

Male sexual drive also brought the pain of polygamy into another North American family. One of our fathers spent his productive and brave life justifying an existence started under a shadow of his illegitimacy. Male sexual drive of one American soldier with a Korean girl also produced one of us. But this time an Adventist American soldier serving in Korea adopted the unwanted foundling from an orphanage and rescued him from severe malnutrition while turning him into a legitimate son. The son has become a pediatrician who has rescued hundreds of other children in his turn.

Our Fathers Were Adventists

The table is filled with Adventist children, so you will not be surprised that our fathers fit nicely into Adventist stereotypes. One father was a pastor, one a church school teacher, one a professor at Andrews, and three were medical professionals from Loma Linda’s medical and dental schools.

One father built and then gave at great personal sacrifice the Feather River Hospital back to his church. Another paid for the privilege of Adventist medical mission service with paralyzing polio and a life of courage and productivity from a wheelchair. Another gave up his personal dream of medical school to meet the church’s expressed need for an Adventist with a PhD in psychology, giving academic credulity to one of our institutions of higher learning.

They came from Korea and Arkansas, Saskatchewan and Michigan, California, East Germany and British Columbia, but each was pulled into the realm of Adventism. And in each case Adventism helped boys become better men, each earned the love of beautiful Adventist women, and each gained a half hour of post-existence praise by one of his children.

War, disease, sexual temptations, social pressure, financial realities, disappointments are facts of life that girls and boys will all face. Belief in a literal Jesus, hope for life after death, acceptance of the sweet discipline of the Sabbath, monogamy instead of polygamy, and acceptance of Adventist exceptionalism helped at least those boys become beloved Adventist fathers. 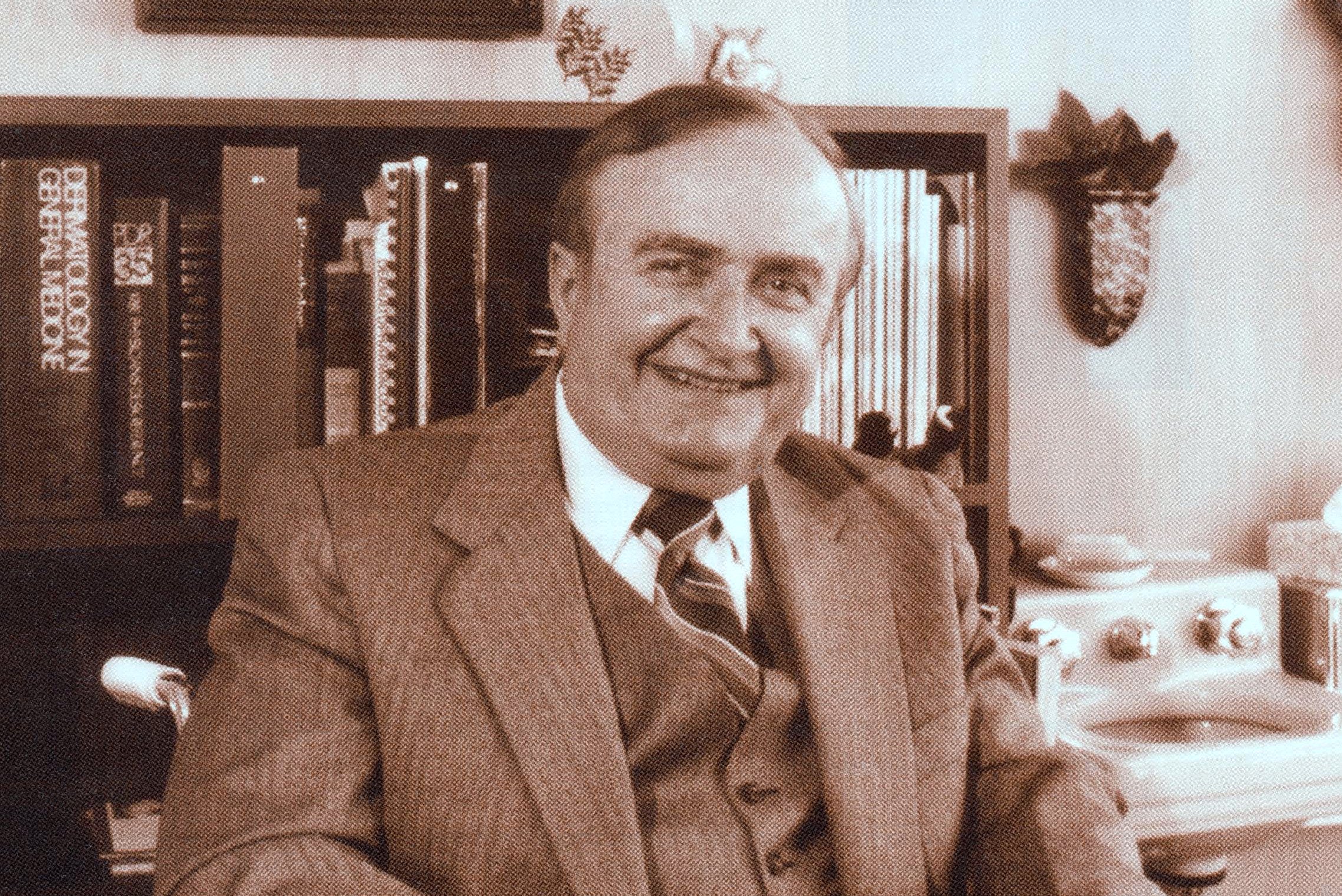 Now, church, let’s build a culture that does the same for our girls as it has done for our boys. A church that takes all children and maximizes their chances to become productive, useful, happy, healthy, and holy women and men whose children will remember them fondly and gratefully, who will leave us lives of service and courage to revel in and marvel at. An Adventist church that tells our children what they can do, not what they can’t do.

Our fathers prospered in Adventism. Our daughters and granddaughters can also prosper in Adventism if we repent of our misreading of scripture as restricting women, instead of liberating women. My dad and his sons would 100% have welcomed a General Conference that voted to proclaim Fundamental Belief 29, that stated “In Adventism there is no Jew nor Greek, no slave nor free, no male or female, but are all one in Christ. Race, social status, and gender are never barriers to service or leadership in the Seventh-day Adventist church. Godly women have been and should be leaders in this church along with godly men in any avenue of service at any level their skills, abilities, temperaments and the church’s and world’s needs fit them for.”

That would be for this father a very happy Father’s Day.