Eye in the Sky

“For the eyes of the Lord run to and fro throughout the whole earth…” 2 Chronicles 16:9 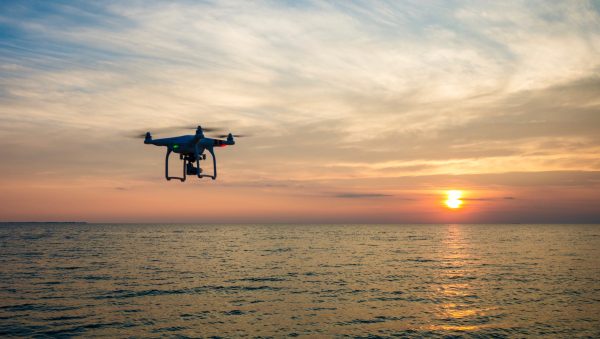 “Taut and timely,” Eye in the Sky, a 2016 production costarring Helen Mirren (excellent, as usual) and Alan Rickman (in his last role), is a film, in my estimate, worth viewing. Others agree with me; it received a 95% + rating at Rotten Tomatoes.

I have no intention of issuing a spoiler alert.

The film focuses on the dilemma of government and military personnel in different countries trying to decide whether to launch a drone strike in a non-hostile country on Somali-based Islamic militants in a suburban house in Nairobi, Kenya. Complicating matters are that collateral damage/civilian casualties will be inevitable, and among the militants are two Brits and an American, who have become radicalized and are there of their own volition.

The main argument in favor of the strike is that, via mini, possibly futuristic, drones, the planners (who include Mirren, playing a Lt. Colonel in Sussex; Rickman, playing a Lt. General in Whitehall; U.S. pilots controlling the drone from Las Vegas, NV; and others in various countries) know that inside the house are suicide bombers donning vests even as the film unfolds. If they are allowed to proceed unimpeded with their mission, as many as 80 innocent people might perish. Considerably fewer than that will die if the drone strike via Hellfire missile is carried out, but some civilians might well die, nevertheless, and some will almost certainly sustain injury.

Unspoken, but implicit, is this message the West wishes to send to terrorists: You can run, but you cannot hide. We can and will find you.

But wait. A sweet little girl in hijab sets up a crude stand to sell bread just outside the targeted house. Should the mission be scrubbed because of her? As the British foreign secretary comments, rather cynically but perhaps close to truth, the negative propaganda from killing a single adorable civilian girl might potentially outweigh the positive propaganda garnered by saving the lives of 80 faceless victims of a suicide bomber operating in the name of religion. A numbers game, if you will.

Then the battery of the smallest drone, one about the size of a hummingbird, which has perched on a rafter of the target house, and heretofore provided crucial visual information, dies, and the ditherers have to make up their minds without benefit of what transpires inside the house, particularly in the room containing suicide bombers.

Ratchet up the tension a notch.

No one better portrays ambivalence (who knew it could be elevated to an art form?) than certain Brits, including by ‘referring up’ to their superiors, who, in turn, sometimes pass the buck even further. Harry Truman isn’t around. One wonders where the buck will stop.

More than once during the view, I fidgeted, thinking, “Make a decision. Even if it’s the wrong one, at least you will have acted.”

However, in moral dilemmas such as this, there might not be a clearly right or wrong decision. It’s a judgment call, one that might require history’s long look in the rear-view mirror as to whether it was indeed the proper one.

The film got me thinking.

How did the Almighty act in analogous circumstance?

With the Great Deluge, Noah presumably preached to onlookers during the many decades it took him and helpers to build the ark. In the end, only eight humans came aboard. Had it not been for Noah, there might have been even fewer.

I find it of interest that the dimensions of the ark were given to Noah well before the Flood. It was as if God knew that that space for the various species of animals and eight humans and provender would be sufficient. The need beyond those dimensions would not arise.

Before the destruction of Sodom and Gomorrah, Abraham sought to spare Sodom from the coming annihilation based on the number of righteous (Genesis 18). But there were not even ten righteous (who knows if Lot and his family were included in that count? The point is moot) and the conflagration proceeded apace. In this instance, it’s hard to argue against a numbers game being at play.

When, in the wilderness after the Exodus, the wrath of the Almighty was kindled against the children of Israel, would He have exterminated them en masse had it not been for the intercession of Moses? (Deuteronomy 9). One can only wonder.

Did Moses prefigure Christ, who died that many should live? Although, to my understanding, He would have come for only one person – one out of billions of inhabitants of our planet throughout history. But we believe we know there will be many (at least 144,000, if that figure is to be taken literally; plus countless others without number). The sea of glass, whether literal or figurative, will indeed be sizable.

Mercy seems at times to be the modus operandi of the Almighty, trumping justice (though some consider mercy to be a form of justice). Witness Nineveh, that great capital of Assyria, to which Jonah preached. It was spared when, at least for a time, the denizens repented in sackcloth and ashes. Jonah apparently missed the conditional nature of prophecy but, because of earlier recalcitrance, did not miss a sui generis experience with a great fish/whale, one to which Christ referred during His ministry.

Caiaphas, Jewish high priest, spoke of it being better for one man (Jesus) to die, than for the whole (Jewish) nation to do so (John 11:50).

So the numbers game seems operational throughout history. We may only someday understand the whys and wherefores of some of what appears in Holy Writ.

The eye in the sky was, in the film of the same name, mounted on an American drone not visible to those on the ground because they didn’t think to look up from their landlocked world. Or because the drone simulated an indigenous flying creature.

The all-seeing Eye takes in everything, operating in a dimension beyond the three with which we mortals are familiar. Now an observer, a monitor, a witness, it will someday become something else – like the high flying American drone, an agent of destruction for some; of restoration for others.

May we so live that we will welcome that event in the sky, which draws nearer with each passing day.