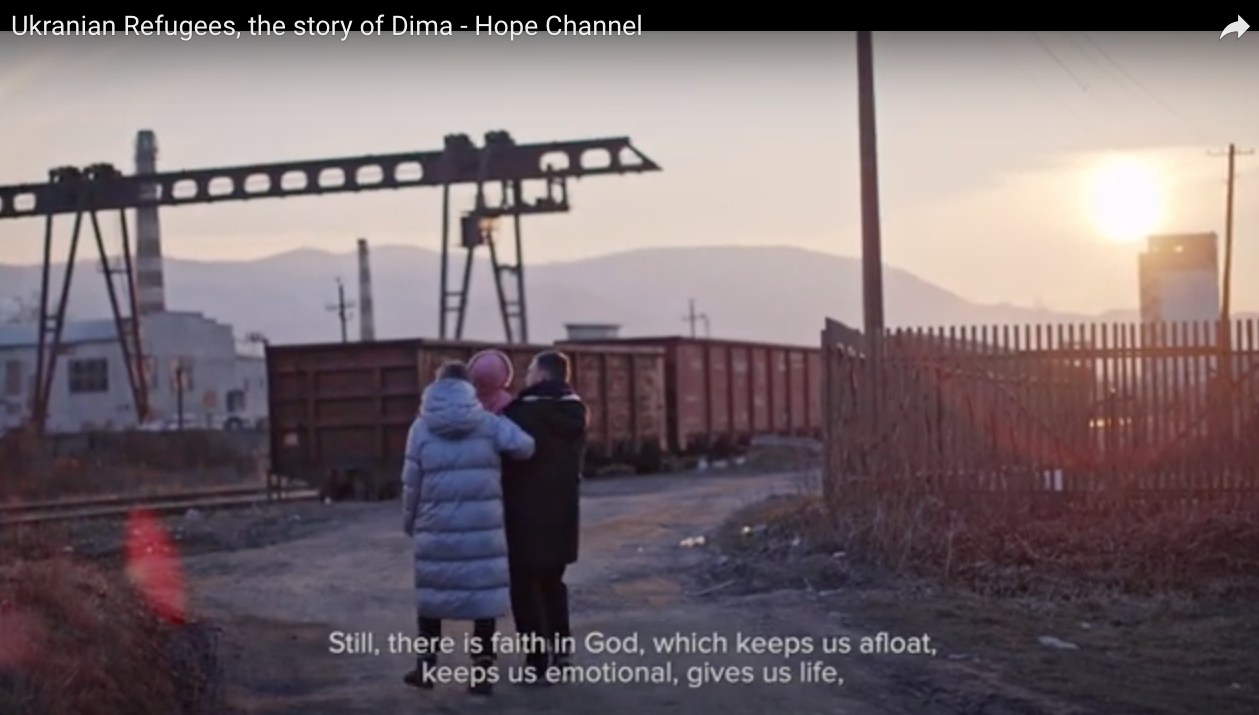 The Ukrainian Adventist Center of Higher Education, located in Bucha, a suburb of Kyiv (Ukraine’s capital city), was no exception.

About 240 people, mostly women and children, had taken refuge on the campus, said Steve Severance, associate pastor of Highland Seventh-day Adventist church in Tennessee, U.S., in a YouTube video report.


Severance was able to get information from a relative at the General Conference of Seventh-day Adventists who receives updates about the situation in Ukraine, he told Adventist Today in an email.

Numerous media outlets have reported on the brutal civilian killings by Russian forces in Bucha.

According to CNN (this link contains graphic images), a woman and her two sons fleeing Bucha on foot discovered dead bodies scattered across Yablunska Street on March 9, 2022.

A satellite image from March 19, 2022, of Bucha appears to show bodies lying in the street nearly two weeks before the Russians left the town at the end of March, reported the BBC (this link contains graphic images.)

However, everyone at the university had been evacuated before a massive attack there, Severance said.

Severance said that as far as he is aware, the university’s buildings are still intact. However, the doors at the university have been severely damaged, and there has been some looting, according to Ivan I. Riapolov, head of the Euro-Asian Division’s Education Department in another Highland Adventist Church video dated April 6, 2022.

The Bilyi family also managed to flee Bucha, according to a short film produced for the global Hope Channel and ADRA campaign, “Hope for Ukraine,” that was posted March 21, 2022, on YouTube.

However, the Bilyi family, which consists of Dymtro “Dima” Bilyi, his wife, Kateryna, and their two-year-old daughter, had to shelter for eight days in their apartment building’s basement before finding a way to escape. Amazingly, Dima Bilyi managed to contact members from his church on his cellphone, who told him the location of a car in Bucha that he could use.

“We were miraculously let through by the military to get to the car [and] through the city,” said Dima Bilyi, who worked as the director of photography at Hope Channel Ukraine.

But Dima Bilyi didn’t save just his family. Seeing all the panic around him, Dima Bilyi coordinated and organized a procession that led 40 people out of the hotspot. The Bilyis were able to find shelter in a safe area.

According to the film, the Bilyis lost everything and the future is uncertain for them. Still, they are grateful to be where they are.

To donate to Hope for Ukraine, visit HopeTV.org/HopeInAction.

Update April 7, 2022: More information about damage to the university was added.

(Photo: The Bilyi family managed to escape Bucha, Ukraine, and also led a procession of 40 people out of the hotspot. Photo via screenshot of YouTube’s “Ukranian Refugees, the Story of Dima—Hope Channel.”)