Ervin Taylor, AT Co-founder and Respected Scientist, Passes to His Rest 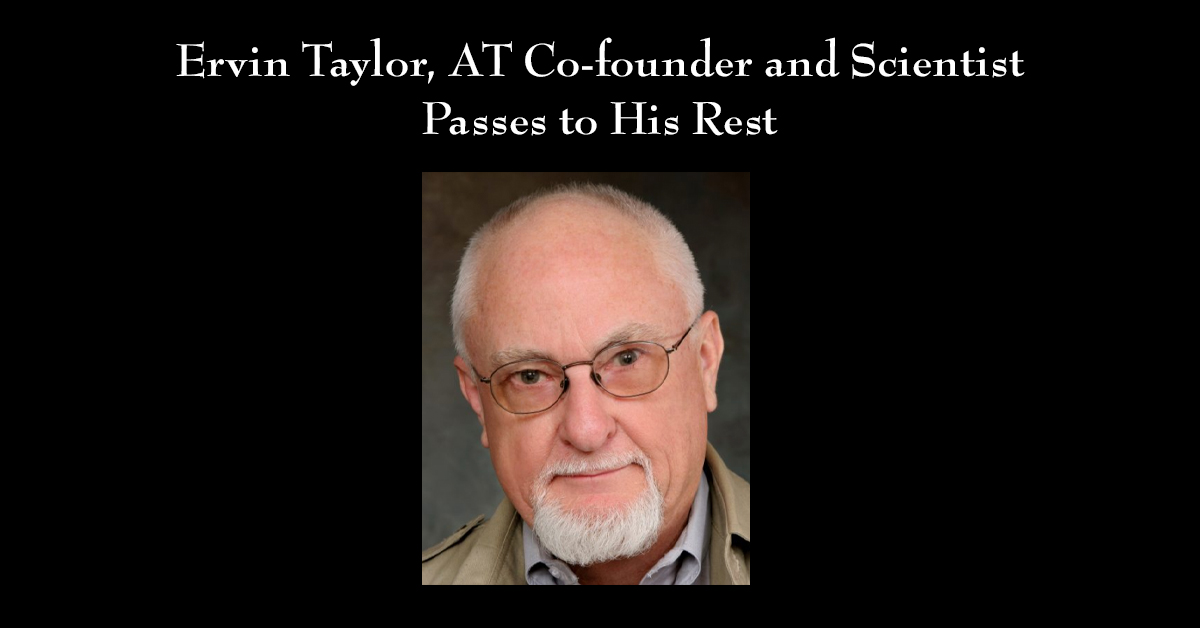 9 May 2019 | Dr. Ervin Taylor helped start Adventist Today (AT) in 1993 and served as a board member until his death earlier today. He was Professor Emeritus of Anthropology at the University of California at Riverside (UCR) and he was also well known as an active member of the same Sabbath School class at the Loma Linda University Church for decades.

Well known to AT readers, Taylor’s first article appeared in the magazine in 2002. Since that time he has written more than 100 pieces for AT, including serving as a regular columnist, providing book reviews and other articles. He was executive editor from 2002 to 2008 and then executive publisher into 2010.

He was a respected scientist who focused on the application of radiocarbon dating in archaeology, particularly concerning the character and timing of the peopling of the Western Hemisphere. From 1974 to 2002 he directed the UCR Radiocarbon Laboratory, and from 1994 to 2000 he chaired the UCR anthropology department.

A graduate of Pacific Union College, the Adventist institution in northern California, Taylor completed an MA in history and a PhD in anthropology at the University of California at Los Angeles (UCLA). He was then a National Science Foundation postdoctoral fellow in the chemistry department at UCLA.

He also served as a visiting scientist in the Keck Carbon Cycle Accelerator Mass Spectrometry Laboratory and a research associate in the Cotsen Institute of Archaeology. He has published more than 100 scientific papers in at least seven scholarly journals, including Science, Nature and American Antiquity. He is the author or editor of six books.

Taylor helped to determine the age of bone fragments from Kennewick Man, an ancient skeleton found in 1996 on the banks of the Columbia River. It turned out to be 9,300 years old, making it one of the oldest and most complete skeletons found in North America.

From 1976 to 1977 he was president of the Southwestern Anthropological Association, and in 1980-81 he served as president of the Society for Archaeological Sciences. In 2004 he received the Fryxell Award for Interdisciplinary Research from the Society for American Archaeology, and the organization’s prestigious R. E. Taylor Poster Awards were named in his honor. He was a fellow of the American Association for the Advancement of Science.

For the last few Sabbaths, Taylor was missed by his Sabbath School class, due to feeling too ill to attend. Two weeks ago he went into the hospital for testing and ten days ago he was diagnosed with an aggressive cancer. He was 81. Taylor leaves behind his wife of 60 years, Marilyn, their two married children and four grandchildren.