I was born a few years after Glacier View and grew up in Cooranbong, that beautiful melting pot of all that is Australian Adventism. Growing up, I always sensed that there was something amiss in our community of faith, something hidden from discussion. A secret everyone knew, but that was off-limits. It could have been a forbidden treat from which the adults drew solace, or an unacknowledged wound that threatened to turn septic at any moment.

In either case, it was something we did not talk about.

Slowly, though, pieces began to come together. Words like judgment, assurance, year-day, 1844, sanctuary, works, Daniel, Hebrews, grace, controversy, consensus and estrangement. I began to realize that we were dealing with a mythology, one much greater and carrying more weight than could be shouldered by one man alone.

The mythical Dr. Ford lived in the shared consciousness of the Adventist village—while the now retired Des Ford swam and wrote and received guests at his home in Queensland.

I saw it for myself one afternoon. Hundreds packed into a community hall in Thornleigh to (re)taste that which seemed to have been forbidden. My friend, whose dad had driven us, and I, were by far the youngest in this room full of nostalgia and regret. For my part, I was amazed at his oratory, the speed and ease with which he answered questions, and his detailed replies without reference to his notes which remained in the Bible closed in his hands.

Not long after this event, there was a letter with stern instructions to all ministers. (I doubt the letter was for general circulation but it circulated anyway.) Dr. Ford, the letter said, was not to speak from our pulpits. Tithe had been solicited and received, they accused, and only the letter writers could receive tithe.

Animated by this new injustice against Dr. Ford, letters of protest were drafted and redrafted. Offers to accept him as a member were extended after other congregations told him he wasn’t welcome. A steely determination to have inaccuracies corrected and progressive iterations acknowledged led to multiple clandestine gatherings across the village.

But the protagonists of the Dr. Ford story did not realize they wanted, and needed, something much deeper, much more personal, than a doctrinal concession.

In late high school I wanted to know more, and to know why. I went in search of answers.

I don’t remember the answers. I remember the tears. Our minister sat in our living room and tears—yes, tears—streamed down his face. A grown man, twenty years later, still visibly moved by past hurts. How had it come to this?

He was not the only one. A family friend described it to me as the single most traumatic event in his life. I remember his words were something like this: “I lost friendships, I lost colleagues, and it was the death of the illusion that the church was interested in truth.”

A debate over celestial room allocations caused this much hurt? Surely there was more to this story.

It was supposed to be kept quiet, but we all showed up anyway. Emboldened, perhaps, by the proximity of retirement, a pastor was flouting the letter of prohibition. An invitation for Dr. Ford to preach was issued and accepted. Although 74, Des Ford was still dynamic, and inspiring, and grace-centered. Everything this community in Charlestown needed to hear.

As the questions and answers rolled that afternoon, I could feel this community slowly breathe out. They were healing. This was closure for them. Toward the end, a young American pastor stood: “I never understood why my professors never taught past Daniel 6. I now know why. On behalf of all the young people in our church, I am so sorry about what happened to you and your family.”

If only it had been said earlier, and said more often.

For my parents’ generation Dr. Ford, by name or otherwise, was one of us, and he was all of us. The injustices and hurts of that era were their hurts, their losses, their grievances. The Des Ford story became their story through which much grief and frustration with the church was channeled. The church they loved, and love, worked for, served for, and defended became the antagonist in their personal stories.

They wanted a church that was gentler, kinder, more receptive to the needs of people. More human. But, unable to move past the hyper-cognitive strictures of our denomination they debated kingdoms, and verbs, and calendars, and types, and anti-types, piling up reason and logic in the hope of some doctrinal concession but never asking what they most yearned for.

Des Ford now rests. He has the peace that sometimes eluded him.

But Dr. Ford lives on, even for my generation. We see the pain, we have witnessed the hurt. Wounds that are needlessly ripped open by tone-deaf leaders for whom pastoral care is always secondary to doctrinal purity.

And we wish our experience were different from that of our parents. We wish the church, the one that we love, prioritized people over policy, kindness over being right, equality over compliance. We have been shortchanged by post-Glacier View teaching. We have been assaulted by strident and often thin theological voices, and have had to search for the richer, deeper, theological voices.

And most significantly, we have inherited a spiritual legacy of hurt and pain.

A legacy we want to heal.

So we cling to hope, for a better church and a better world. We linger in our shared disappointment, through which healing slowly but certainly must dawn. And we look to Jesus, our Redeemer, our Sabbath rest, our Sanctuary. 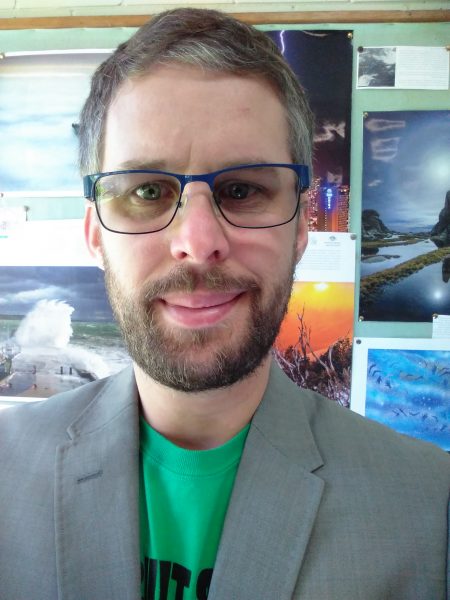 Clinton Jackson is a high school physics and junior science teacher. He studied at Avondale College and the University of Queensland, and now lives in Brisbane with his wife and young daughter. He likes bushwalking and camping.

In Colombia, Adventist Church Feeds Hundreds of Venezuelan Migrants Every Week Ervin Taylor, AT Co-founder and Respected Scientist, Passes to His Rest