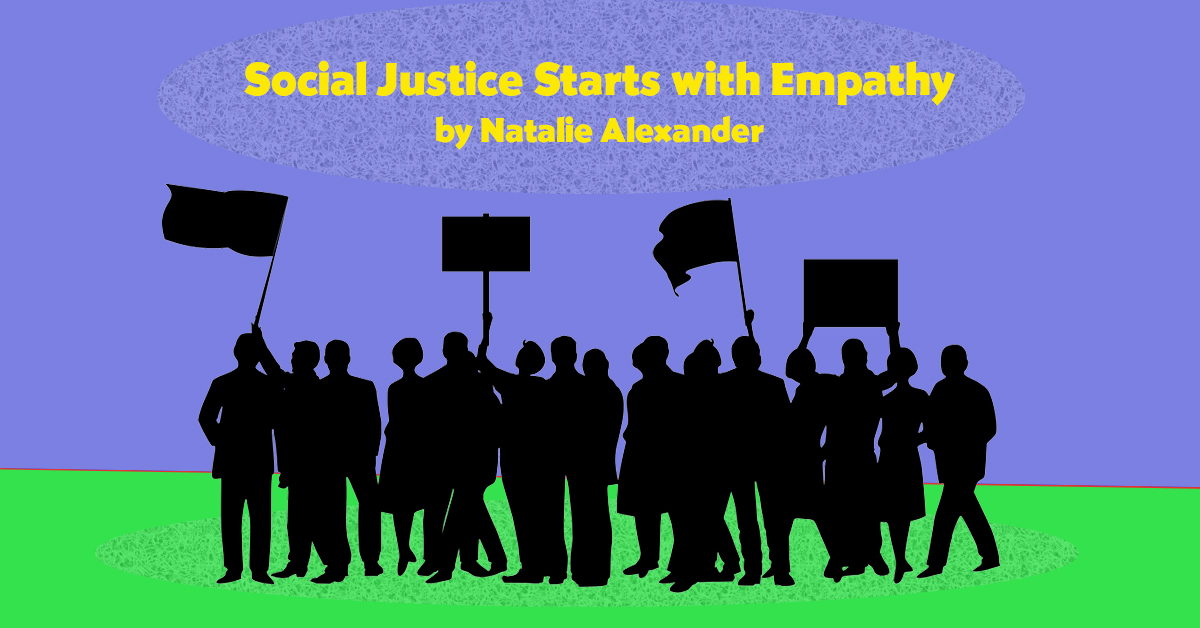 When we think of churches working for social justice, we often think of public or political action: activities to provide assistance or relief to people in need, as well as organizing and rallying, marching with signs, contacting our representatives, and voting.

Yet these efforts are not always as successful as we’d like, and in truth are often not even attempted by churches. Why not? I’m convinced that the problem is that we don’t start with empathy. I am becoming increasingly aware of the need for an internal emotional work in our religious communities in order to facilitate effective social justice.

Merely marching and rallying is not sufficient to catalyze the much-needed justice for communities such as mine, the African-American community. I am personally and painfully aware of religious communities that historically have not engaged, nor do they currently engage, in social justice efforts even for those within their own organization, such as women. I propose that a core reason for the lack of action is that we do not spend the necessary time wrestling with negative emotions such as anger, fear, guilt, shame, and sadness.

One online resource says, “Emotions such as anger, fear, guilt, shame, sadness are termed negative because of the misery and unhappiness that result from these said feelings.”

We all have felt that range of emotions. Yet somewhere along the way we were taught that it is wrong to express anything other than joy and other pleasant emotions. Be positive, hopeful, optimistic, we are told—and that’s not bad advice as far as it goes.

Crying, however, is interpreted as weakness—and we don’t want to be perceived as weak, even though the apostle Paul says ”Therefore I glory in my weakness, for when I am weak He makes me strong” (2 Corinthians 12:10). In this passage Paul demonstrates an awareness of his own feebleness, which leads to his sense of God’s supernatural strength replacing his deficiency. In other words, weakness does not have to be a negative concept, but a prelude to strength.

Interestingly, in our culture the expression of anger may be viewed as strength—it is often acceptable behavior to lash out in anger. Yet anger is generally a secondary emotion to sadness. The challenge is to look beneath the anger to identify sadness, guilt, or disappointment.

Refusing to allow appropriate sadness or other negative reactions not only has a bad influence on relationships, but on the community overall, and may even result in toxic environments. The constructive response is to understand why am I sad or guilty or disappointed. You do this by processing these feelings with a trusted friend (or with a professional, if necessary). These emotions aren’t meant to be suffered alone. The difficulty in experiencing negative emotions is diminished when the emotions are experienced with other people, and the others participate in feeling them with you. Brené Brown, LMSW and pioneer of empathy, says, “Empathy is not feeling for somebody, it’s feeling with them.”

When we allow ourselves to feel negative emotions with those in need, we open up our energies towards social justice for them as well. There is a bond created when we are able safely to deal with our anger or sadness in another person’s presence. We are empowered to wrestle with social justice by standing for those with no voice, because the experience of processing our negative emotion provided an opportunity to find our voice.

As a case manager at a moderate-security juvenile facility, I crossed paths with another case worker who expressed annoyance regarding a particular 13-year-old boy who he described as always disrespectful and defiant. I was surprised, because I’d found the boy quite cooperative. I asked the staff to bring the boy to my office. When I asked the boy about his behavior he began to sob, and after a time he was able to tell me that he missed his father who had died several years prior. Up until that moment that boy had not been given a safe, judgment-free space to be “weak,” to grieve. When he was done crying, he found strength and headed back into the population. The staff had a clearer understanding of the boy’s behavior and was able to guide him accordingly through treatment to a successful release.

There is healing in the freedom to feel. Among some this concept is not popular; however, it’s tried and true. Several of my clients have demonstrated significant progress in their treatment when they allowed themselves to feel negative emotions within a safe environment. And when we have gained an awareness of our negative emotions, we are then inclined to provide safe space for people around us to experience their own pain.

A broken wife called in tears after having had an affair. She was conflicted: she wanted to be with her paramour, but mostly because her husband hadn’t responded to her requests for emotional availability. What bothered her most was that her husband’s response to her affair was rather passive; while he expressed commitment to the marriage, he came across like a doormat. There was no “fight” in him, and she had lost respect for him. It was as though he was unable to connect to the true raw feeling of betrayal and disrespect, which to him was a negative emotion that he didn’t think he should feel.

Men in religious communities must learn to feel bad when they are disrespected, and respond appropriately—which does not include passive aggression, a common response of religious men.

Luke 19, which ends with Jesus’ cleansing the temple, is instructive in this regard when studied in context. It begins with Jesus’ meeting Zacchaeus, a man who was rejected by his community. Zacchaeus befriends Jesus, resulting in Zacchaeus’ refunding money taken from his community. Jesus uses this opportunity to teach about stewardship and what to do with your money (or spiritual gifts) when you are entrusted with them by a shrewd boss.

Fast forwarding a bit beyond Jesus’ triumphal entry on a colt, we see Jesus entering the temple where people, mostly poor and ignorant, are being taken advantage of by the church leaders. These leaders are regarded as holy, good men. However, they missed a key component: empathy. The religion at the time required that the people offer animal sacrifices to atone for their sins. Poor people were allowed to provide less expensive animals because they could not afford a larger animal, such as a sheep. The religious leaders extorted from the poor people by requiring more from them than they could afford and cheating them in transactions. Those things totally misrepresented the purpose of the sacrifices.

Jesus felt the helplessness of those poor people, of their being at the mercy of corrupt leaders who weren’t concerned about the people, but about the financial bottom line. Jesus’ response to seeing His people being swindled was that He was angry! He was not angry on His own account—not many days later He was silent when He was the victim—but He was angry because He was sad for the people.

Jesus felt unapologetic anger, and that led to an expression of justice, with Jesus’ overturning the merchants’ tables. If we want to achieve social justice, then we must allow ourselves to feel for our people, and be in touch with their reality as Jesus was, and is! Jesus identified with them—with us! That is to say, if we want to be a church of justice, it is imperative we be emotionally checked in with the people in our community, not merely doing our own church thing.

The Church as a Safe Space

I encourage you to put yourself in others’ shoes, to come alongside them in times of need. Social justice doesn’t start with those who have treated our communities unjustly. It starts with us, in the emotional safety of the church where we are able to feel and express real emotions, in a safe and supportive space. There is a natural desire towards helping other people when we are helped.

The next step after having established a bond with your church community, through the experience of giving one another a safe space, is to reach out to people in your city who are experiencing their own difficulties and provide them, too, with the freedom to feel. The inevitable result is a community in which empathy exists. This becomes the fuel for social justice, because empathy is where it all begins. 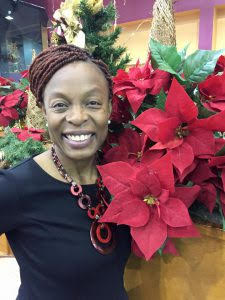 Natalie Alexander is a Licensed Professional Counselor in Huntsville, Alabama, where she resides with her loving husband and three amazing children. Her daily desire is to facilitate and engage in meaningful and healthy interactions.