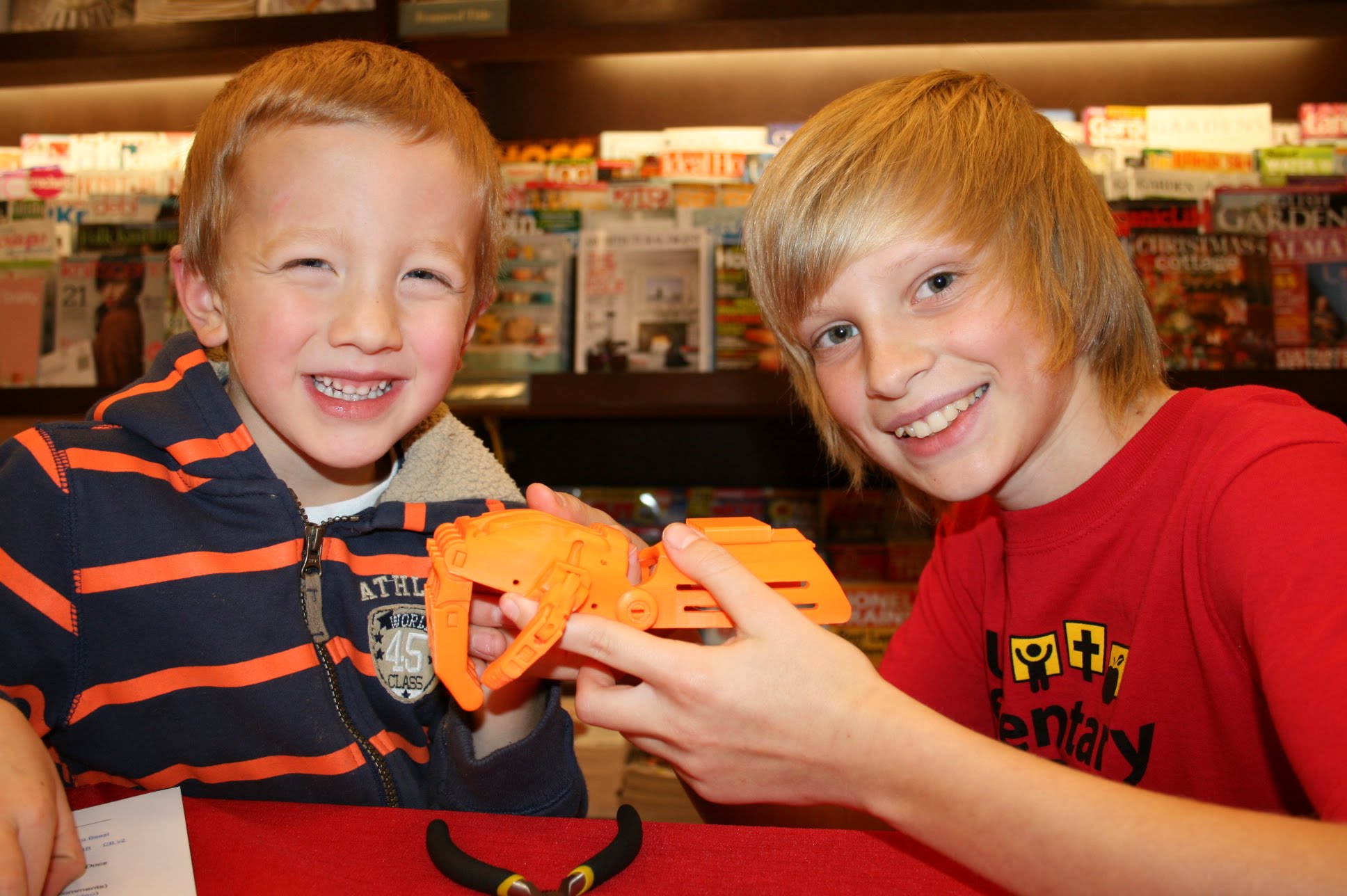 Almost exactly one  year ago, in March 2015, Chris Duckett, principal and upper grade teacher at Upper Columbia Academy Elementary School in Spangle, WA, came across a magazine story of a boy who used a 3-D printer to create a prosthetic hand for himself. Duckett had no idea of the new and adventurous road he had just stumbled into. (He can no longer find that story, by the way, so we can’t offer documentation.)

A few days later, after a team-building exercise in which his students were assigned to be “handicapped” and had to help each other in order to complete tasks, the conversation turned on what it might be like not to be able to do some things, and on ways kids might help others who struggle with physical difficulties. Duckett brought up the story he’d read. Would they like to try to get a 3-D printer and learn to make hands for kids who had none?

The students immediately took off with it. An eighth-grade girl suggested the class try living without one hand for a day. Another suggested duct tape to immobilize hands. By the end of the day, Duckett relates on his blog, “one student had already started writing a fundraising letter and others were brainstorming how to recruit sponsors as well as ‘nominate’ other people to take the 1 handed challenge!”

The next several months were taken up with details like obtaining legal approval and raising funds for a 3-D printer and supplies, which they had by July of that year. But their adventure had just begun. It still took months to learn everything necessary to actually create their first prosthetic hand—in part because of annoying distractions like other necessary curriculum!

“We had to work here and there for an hour, and I used it during different subject periods, not just science or math,” Duckett told me. “The reason why it took half a year is that it was a huge learning curve for all of us. We had to figure out, what parts or tools do we actually need to make this work? And then learn to do it all. That’s why I document it all, so other teachers will have access to our work, and wouldn’t have to have the same learning curve.”

The kids did their “Finger-Free Day,” and created a video that I would grade as Must-Watch—that video and many others are here. It’s amazing to watch kids describe the technical details and difficulties of creating the hands they work with. They have evaluated six different designs. Users of these prosthetic hands must have wrist movement, since the way they work is by using the bending of the 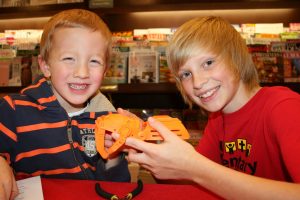 wrist to open and close the fingers. There are other devices, Duckett told me, for other limb loss.

“The whole goal is to use technology to serve others,” he said. “In places like Syria, they are using these for victims of bombs. It makes prosthetics more accessible and more affordable.”

Duckett is also deeply involved in educating others to be helpers. He is a member of the online community, “E-nabling the Future: A Global Network Of Passionate Volunteers Using 3D Printing To Give The World A ‘Helping Hand.’” In the private online community Google hosts, someone posted that Barnes & Noble were going to be doing a network of Makers’ Faires across the country. This, the person posted, would be a good opportunity for somebody who was working on this project.

“I thought, ‘That sounds cool!’” Duckett told me. “I called the local Barnes & Noble, and they were very excited. They told me, ‘You’re the only one who has called so far!’” Duckett praised the parents and kids who met him there on a non-school day and volunteered their time. Someone else posted on E-nable that he had a bunch of hand kits, and who would like them?

Duckett eagerly accepted them, and received five or six kits free. He took some of those to the event, so that attendees could have a chance to try putting them together. “It’s like a puzzle!” he told people.

There were, he told me, some very excited attendees, including a family who “could hardly believe it.” One person in particular, a librarian at a Catholic school in the Tri-Cities area of Washington, was in the process of setting up a 3-D printer at her library, and was thrilled to see how a 3-D printer could be used to help others.

“She seemed to think it was almost a divine appointment that she was there and met us,” Duckett said.

The North Pacific Union Conference Gleaner published a story about the class being featured at the B&N Makers’ Faire, and quoted the librarian as saying, “I know that I was supposed to be here to meet you today. God bless you and your school’s project!”

Duckett said he would definitely go to more of these events if he could, but most of them are too far away from his school to be practical.

“Here are some recent exciting things,” he told me. “It’s almost a year now since I joined the E-nable group. There were 4,000 people last year, and now it’s up to 7,500. I get to talk to people all over the world, any time I want. I was talking about this project, and E-nable said, ‘That’s awesome; come join us for one of our weekly town halls!’ These are on Friday mornings on Google Hangouts. So now our kids have been featured twice; once for our Finger-Free Day, then about the project now that it’s finished. [On February 10, Duckett reported the project complete.]So, the founder, one of the designers, and the education coordinators are very excited. They liked our website and curriculum, so now it’s on the Helping Hands education resource repository. There is already one teacher excited. Whatever we do, other schools can take off with it.”

The very most recent development may not even be complete before I post this article. The class is now ready to go, having evaluated and learned how to make these hands. In the “News You Want” email I receive from Upper Columbia Conference, the school has listed as one of its prayer requests, “Our upper graders would like to find a recipient for whom they can 3D print a prosthetic hand.”

On Saturday morning [Feb. 27, three days before I spoke with him], Duckett received a text from a lady whose daughter has no fingers. He described his reaction as something like an excited squawk and “No way!!” It turns out that last month at a spelling bee in Spokane, a dad saw a girl without fingers and gave her mother Duckett’s cell phone number, telling her about the project.

“And she’s just now texting me! I left her a message, and am hoping to make contact today.”

He promised to let me know what happens, and I promise to let you know. In the meantime, I can only say—God bless these teachers and students, and all those teachers who are going above and beyond the call of duty in teaching their students what it means to serve others under God!

To learn more: There are dozens of photos, videos, curriculum, and more on these sites:

To get involved or offer support: 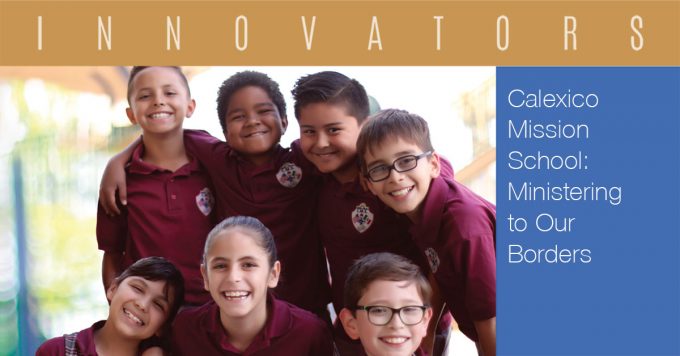