A couple of recent exposures got me thinking.

I viewed a BBC presentation on what came to be called the “Auschwitz Protocol,” a cogent, detailed account of what was happening during WWII in concentration camps such as Auschwitz and Birkenau: the systematic mass execution by gassing of unfathomable numbers of European Jews.

This account was provided by two April 1944 escapees (Rudolf Vrba and Alfred Wetzler) from Auschwitz who knew that, if captured, they would have been executed (after torture). The account, first in abbreviated then expanded form, was passed on to the highest commands of both England and the U.S., confirming that Jews taken to those camps in vast numbers were being exterminated, rather than “resettled” as the Germans claimed.

The two erstwhile Auschwitz prisoners deemed their lives of little consequence compared with what they hoped to disclose to the world, at least some of whom believed German claims. Their small act paled in significance in comparison to the larger play.

The BBC presentation wrestled with the moral question of whether the Allies should have bombed Auschwitz and railroad lines leading thereto during the protracted, ferocious world war. Various prominent Jewish leaders pleaded with England and the U.S. that such be done, despite anticipated civilian casualties. The Germans held 30,000 Jews captive at the camp.

Long story short, effective bombing of known mass extermination camps was never carried out before World War II’s end. It was the Soviet Army which liberated Auschwitz and witnessed the horrors that had been perpetrated by the Germans against Jews, by one “uber” race against another they deemed inferior. Some six million Jews perished during that conflict, the greatest atrocity in modern times.

A recent newspaper article about one psychologist responsible for interrogation of 9/11 suspects quoted him as saying, if he had it to do over again, he would use the same harsh techniques, including waterboarding, sleep deprivation, beating and sexual humiliation. He maintained it ultimately saved American lives.

Perhaps neither he nor German soldiers in World War II stopped to consider that information gleaned from such inhumane techniques might be false and misleading, as in a coerced confession, simply to end the torture.

An American critic of the psychologist and his methods said, “What… did he accomplish by it—other than staining our country, degrading our values and complicating the (subsequent) trial?”

There are many other examples of such mentality—perhaps first most famously popularized by Italian Niccolò Machiavelli (1469-1527) in the work for which he is best remembered, The Prince. Chapter 18 defends dissembling thusly: “There is nothing more necessary to appear to have than this last quality (appearing to be religious), inasmuch as men judge generally more by the eye than by the hand, because it belongs to everybody to see you, to few to come in touch with you.”

Machiavelli got one thing right: man does look on the outside. He wasn’t the first to make this observation.

A natural consequence of Machiavelli’s thinking is lying on a resume in order to obtain a job. Or a date.

Or the director of the National Security Agency (NSA) lying to Congress about the collection of comprehensive data on millions of U.S. citizens (illegal under the Fourth Amendment, which ostensibly protects citizens from “unreasonable search and seizure”). This collection occurred without their knowledge or consent, and was highlighted by Edward Snowden, former NSA contractor who now lives in Russia. Regardless of your take on him (hero or villain), he believed the end (informing the American public) justified the means (violating terms of an agreement he made with the NSA).

Or the crisis of 2008-2009 in which investment bankers marketed subprime mortgages, not caring whether borrowers would pay, because those mortgages were sold to third parties who would assume risk in event of default.

Opportunities abound. We’re surrounded by them.

But while man looks on externals, the Almighty sees internals.

We may fool other men, but we do not fool ourselves. Or the Almighty.

In general, in both older and contemporary society, prevarication and dissembling are discouraged. Ethicists think that a good thing.

A Biblical exception may be that of Rahab, who deliberately misled the king of Jericho in his search for the two Israeli spies whom she hid under flax on her rooftop. Her actions were lauded in Holy Writ and her life post-Jericho may have been better than it was pre-Jericho.

Another is the incident in which Jael pounded a tent spike through the head of sleeping captain Sisera, whom she had invited into her tent to rest. And Israel was liberated from the rule of King Jabin of Canaan.

Believers need to be thankful for another means-end story, one of both cosmic and personal concern.

If the Almighty is all-knowing, and can see the Omega from the Alpha, God could have foreseen in creating humans that the latter would partake of the fruit from the forbidden Tree.

So God made provision in the form of future anticipated Incarnation and sacrifice.

One might argue that peering down the corridors of the future (as humans view time; someone once defined “time” as that which prevents everything from happening at once; I’ve also encountered the concept that the Almighty does not necessarily view time this way, but sees everything at once), God could anticipate that the ultimate sacrifice of divinity for humanity would end in success.

If the Son of man, while on Earth, knew His mission would be successful, I think there would not have been such tension that great drops of blood oozed from His pores in Gethsemane before events on Golgotha. I believe His suffering was real, and that, on Earth, He did not possess the foreknowledge of future triumph.

We cannot relate to such thinking.

Anything can (and occasionally does) happen.

The analogy is imperfect; our feeble attempts to understand that which lies beyond are futile. 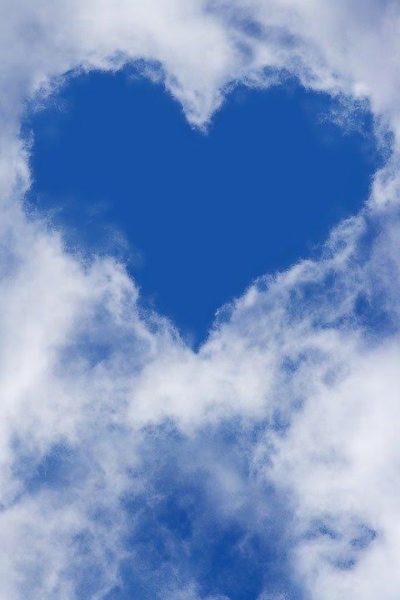 If our understanding of the Almighty is correct, God could know the outcome of the great conflict between good and evil. If the book of Revelation is to be believed, God gave the apostle John insight into what lies ahead.

Although some divine promises seem conditional, the last book of Holy Writ is not presented as such. Rather, it is declarative. Not if, but when.

It describes with clarity and beauty the final outcome which awaits.

The magnitude of the descent of divinity to humanity is but dimly understood, and may never be fully fathomed, even when we no longer see through a glass darkly. The abasement of what must surely be a pluridimensional (more, perhaps many more, than three) Being to our three-dimensional world is difficult to comprehend.

Less so is the ridicule, vitriol, and violence with which He and His message were often met.

How few would understand and accept.

I think He knew in advance how it would be.

Yet He still came.

For this we can only be grateful.