Death Toll Rises to 7 Among Adventist Church Members in Ukraine 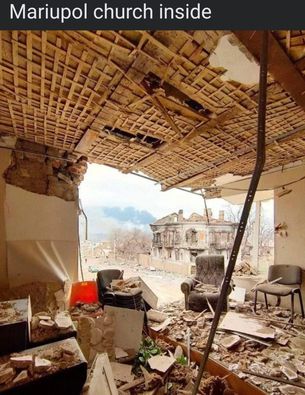 29 April 2022 | The death toll among Adventist Church members in Ukraine has risen to seven, with 25 wounded among the baptized and non-baptized churchgoers, reported Stanislav Nosov, Ukrainian Union Conference (UUC) president, in an article on the UUC website.

Earlier this month, the first deaths among Ukrainian Adventist church members since conflict began in the region eight years ago were reported.  The church members were two sisters from Mariupol, Ukraine, who came out of their basement to look for water and died in a bombing, church leaders reported in an Adventist News Network article.

The Adventist denomination in Ukraine has 43,300 members. Maksym Krupskyi, director of Hope Media Group and the Public Affairs and Religious Liberty Department at UUC, estimated that at least 30%, or about 13,000 members, are displaced or refugees, reported the ANN article.

Ukraine has 784 Adventist churches. Nosov said in the UUC article that 80% of the denomination’s pastors were still in Ukraine, helping their congregations and their communities, with 20% of them actively involved in evacuations and humanitarian trips.

About 500 homes of church members were damaged, Nosov said. About 300 churches are serving as shelters and have been marred to varying degrees by missiles and shelling, with the church in Mariupol suffering serious damage. Ukrainian officials say more than 80% of Mariupol’s buildings have been damaged, reported CNN.

Ivan Volosyuk, an Adventist church member who lived in Mariupol, managed to escape the city in March 2022, according to another UUC article.

“Mariupol has become a cemetery,” said Volosyuk. “It hurts to talk about it.”

Volosyuk said that people were buried in graves near houses, sometimes without even a proper burial, “just sprinkled with earth.”

Ukrainian officials alleged that more than 20,000 people in the city have died during the assault. They also said mass graves have been identified outside Mariupol, reported CNN. About 100,000 people remain trapped in Mariupol, which has been under constant bombardment since it was surrounded by Russian forces on March 1, according to Ukrainian officials.

The BBC reported that thousands of civilians from Mariupol have been forcibly relocated to Russia. It is an internationally recognised abuse of human rights for a warring party to deport civilians to its territory.

A couple that had been inside one of the Russian filtration camps, which were set up outside Mariupol to house civilians before they were evacuated, told the BBC that conditions inside the camp were unsanitary and harsh, with interrogations that lasted for hours, rampant dysentery, and threats of torture and deportations to Russia.

Mariupol’s Azovstal Steel and Iron Works has become the scene of a desperate last stand against Russian forces, reported CNN. Russian missiles continuously bombard the plant while Ukrainian fighters hold their ground. Ukrainian officials estimated that 1,000 civilians are sheltering inside underground chambers, along with an unknown number of Ukrainian troops.

“I really want something to survive there [in Mariupol],” said Volosyuk. “We hope that peace will soon prevail. We pray for that.”