I grew up as a good Adventist no-coffee-drinker. We never had coffee in my childhood home. My family was not big on hot drinks, anyway, so I didn’t know to miss it.

But when I went somewhere where there was coffee, I loved the aroma. How could something forbidden smell so good?

I remember arriving at the Youth Congress in Utrecht, Netherlands, in 1960. The coffee aroma in the hallways betrayed the fallen state of Dutch Adventists. (At least that was what some people thought.)

Since then, many others have also fallen. Including me.

I had my first cup of coffee when I was 17. It was after giving a piano lesson to my new student, whose mother had prepared it for me. It would have been impolite to refuse.

That was my first coffee-drinking sin. I could hardly drink the bitter beverage. Lots of cream and sugar helped me get it down. How could something that smells so good taste so bitter?

My home country, Finland, is the world’s top coffee-consuming nation per capita. A report from Nordic Coffee Culture found that 6% of Finnish women and 14% of Finnish men drink more than ten cups of coffee per day. “According to WorldAtlas, Finland consumes an average of 26.45 pounds of coffee per capita per year—more than any other country in the world. And since that “per capita” includes children and other caffeine-free folks, the actual amount for each coffee drinker is probably quite a bit more.”

For many people in Finland who wanted to be baptized into the Seventh-day Adventist church, giving up coffee was a hard decision, and for some it may have closed the door to membership.

The new manager of a church-owned retreat center leased a coffee machine and placed it in the anteroom of the dining hall. The conference leadership was not happy with the machine and ordered him to remove it. They said it was a temptation. The manager offered to place a sheet to cover the machine during official conference events.

Interestingly, some church leaders from other European church offices and levels had been happy to use it when they came for committee meetings. Should not church leaders be able to decide for themselves whether or not to succumb to temptation?

When we lived in Africa, I found out how stunning the coffee plants are when they bloom. The delicate white flowers are not only exquisitely beautiful, but they also have a wonderful perfume. I can still remember the fragrance. When I add to this the bright red color of the ripe coffee beans, I am amazed at how much delight for all our senses the Creator packed into coffea arabica.

I, of course, grew up among the caffeine-free. Adhering strictly to Counsels on Diet and Foods had an impact on me: we took the truths in that little red book seriously. I was clean. There was no coffee in our house. I was not even able to offer a cup to a friend with a headache.

A friend whose father was a true Sister White believer told me she had all her life felt so tired due to low blood pressure—until she started drinking a cup of coffee in the morning. Ellen White had dictated what was permitted in their home. She said, “I resent Ellen White for what she deprived me of.”

Even after my first coffee-related sin at 17, it took quite a while for me to drink it again. But like my friend I, too, began to have one cup of coffee in the morning for the same reason she did. (Even my mother succumbed to this sin in her later years. I hope she didn’t worry about her salvation because of it.)

But I didn’t let myself enjoy it. I had found a way to prepare coffee that was not so bitter, but for me it merely served a purpose. Instant coffee or coffee made with packets or pods just doesn’t compare with the real stuff.

All those years of sinning, but missing out on the pleasure!

Italians have the world’s best coffee. And it is salubrious, too. When in Rome do as the Romans do. So when we were on holiday in Italy I would sit down to enjoy a cappuccino or latte macchiato and love the brew, lovingly served with a heart formed on top of the milky foam.

During a visit to my daughter she introduced me to espresso, the best way of making real Italian coffee. It seems to me the most digestible way to have it. When I came back home I bought a beautiful cafetera and the right kind of coffee. I bought some decaffeinated coffee beans so that I could drink a second cup in the afternoon. I can even make a delicious vegan alternative with oat or almond milk.

Now I celebrate my morning coffee—a cappuccino—and I really enjoy it. I take my time with each step of the process. When the espresso is ready, I pour it into the foamed milk and have one more thing to be thankful for in my day.

A new study presented last Friday at the annual meeting of the European Society of Cardiology shows that up to three cups of coffee a day may protect your heart. Studies have found drinking moderate amounts of coffee can protect adults from type 2 diabetes, Parkinson’s disease, liver disease, prostate cancer, Alzheimer’s, computer back pain, and more.

Wow! That contradicts everything the little red book said about coffee! So what should we do with this conflict? Whom should I trust? Does the coffee issue boil down to a question of trust in the inspiration of a little American lady? (I don’t even want to think where this question would lead me with a lot of Adventists.)

Cardio-vascular diseases were high on the causes of deaths in Finland for a long time. In recent years this has declined as a cause of deaths, although coffee consumption has not decreased. There may be many reasons, but some say that new coffee-making procedures decrease the negative effects of caffeine.

So could it be a question of how coffee is prepared? Depending on the mode of preparation and amount of consumption, coffee is either harmful or salubrious?

I don’t know. I have not found in my Bible an eleventh commandment: “Thou shalt not drink coffee.” The serpent in the Garden was not a barista proffering a latte macchiato.

I think coffee is probably not a sin at all. Or at least its sinfulness is greatly exaggerated. I now find it a lovely, relaxing, health-giving pleasure, for which I thank God. 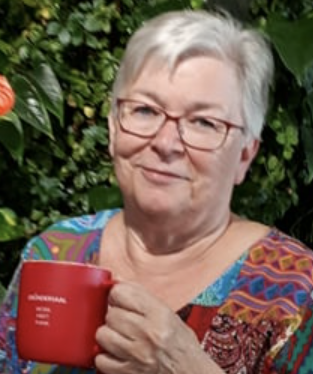 Rwandan Union President Opposes Church Employment of Former Genocide Perpetrators Thanks for your thoughts on The Great Controversy distribution!