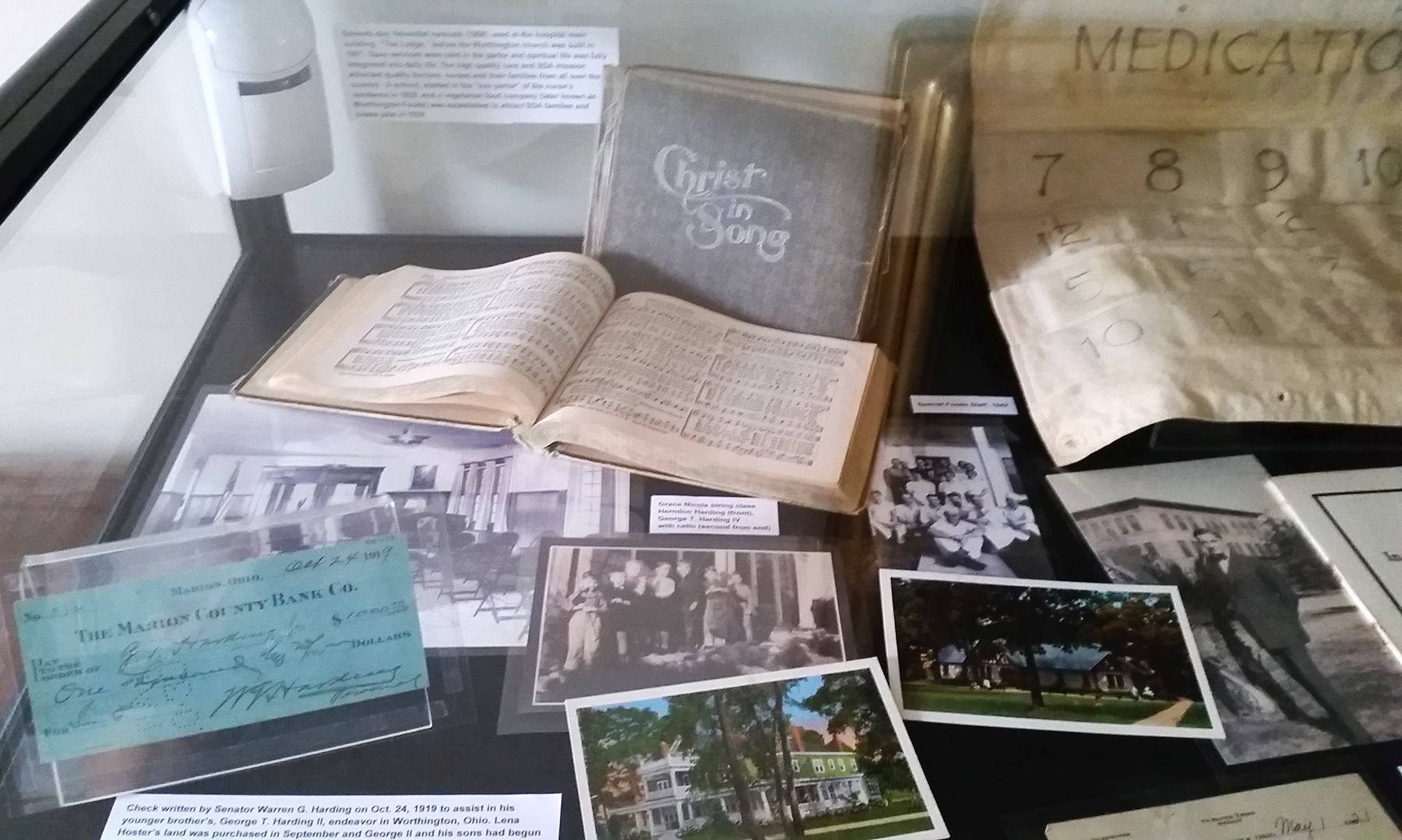 August 23, 2016:    The 100th anniversary of a unique and creative Adventist institution will be celebrated Sabbath, September 3, at the Worthington Seventh-day Adventist Church in the suburbs of Columbus, Ohio. In 1916, Dr. George T. Harding II, the first Adventist psychiatrist, opened a sanitarium along the lines he had learned at Battle Creek Sanitarium and located it on the trolley line coming North from downtown where the state capital was.

Harding II was a devout Adventist, as were his mother and his three sisters. Both of his parents were physicians. His older brother became president of the United States four years later; Warren G. Harding, the closest thing to an Adventist president in the history of the nation. President Harding was in fact, like his father, not an Adventist despite the family connection.

Settling in the small town of Worthington around the sanitarium campus, the Harding family over five decades now has made multiple contributions to whole person care, integrating the spiritual dimension with the practice of physical and mental medicine, and helping to build the local community, the larger metropolitan area and the state. The Worthington congregation today is one of the largest Adventist churches in the state and it operates Worthington Adventist Academy on the same campus one block from the hospital.

In 2000, the hospital was transferred to the Ohio State University Medical Center to become its mental health unit. Patients continue to be treated on the same campus with a number of the same staff, including Chaplain George Gibbs, an Adventist minister. That year Dr. George T. Harding IV, grandson of the founder and medical director of the hospital since 1973, became chairman of the psychiatric department in the school of medicine at Loma Linda University.

Harding Hospital had begun an accredited residency program in 1936 to train physicians as psychiatrists. Many of the graduates went on to found mental health units at a number of Adventist hospitals, including Hinsdale Hospital in the Chicago area, Florida Hospital in Orlando and Kettering Medical Center in Dayton, Ohio.

In 1941, Harding Hospital also opened a graduate program in psychiatric nursing. It became one of the leading private psychiatric hospitals across the country, treating a number of famous cases that are to this day not identified in order to observe the iron-glad rule of protecting the privacy of patients.

Perhaps one of Harding’s most profound impacts on the Adventist denomination is the Institute of Mental Health that it conducted each year from 1950 to 1993, training hundreds of Adventist clergy in principles of mental health and practical approaches to use in their ministry. Harding Hospital was also a founding member of the Adventist-laymen’s Services and Industries (ASI) association of independent ministries in the 1940s.

One of the most widely known aspects of this story to Adventists is Worthington Foods. It began simply as part of the hospital food service and was organized as a separate company in 1939. It became one of the largest manufacturers of vegetarian food products in the nation, and its research lab developed spun soy fiber technology which revolutionized vegan protein products and created the Morning Star Farm brand, among others which are in every supermarket in America. It operated for many years as a private company, buying out the denomination’s Loma Linda Foods when it was liquidated. More recently it was acquired as a branch of the Kellogg’s Company with the Worthington Foods brand, the older vintage products known largely only in Adventist nostalgia today, being sold yet again in recent months to a small entrepreneur.

In 2016, a total of 16 Harding family members remain active in psychiatry and other medical fields. These include Dr. Warren G. Harding III in Cincinnati and Dr. Herndon Price Sr., in Centerburg, Ohio. The Harding Evans Foundation continues to support the OSU Harding Hospital and provide for other charitable activities, including the Harding House, a small museum in Worthington. Harding IV retired from Loma Linda University in 2007 and again lives in Worthington and an active member of the foundation board and the church.

An interactive historic exhibit will be open Friday (September 2) from 11:30 am to 3 pm and Sunday (September 4) from noon to 4 pm. It is located at 430 East Dublin Granville Road, Worthington, Ohio 43085. Guides will be available to talk with you and provide you with an up-close look at this unique and very interesting collection of Adventist history, as well as answer questions. The featured photo with this article is a shot of just one of the many displays.