As we talked about his life and the challenges he faced, his demeanor wavered between grief and thinly veiled rage. He missed his Church. It had been a source of cultivation and camaraderie. The warmth and affection he had felt in its communion and its rituals were irreplaceable. Irreplaceable and lost.

He had tried his best to conform to its rigid standards. He had worked in its employ. He had paid his tithes and offerings. He had sung in his local church choir. To “please” them he had married and fathered children.

Coming out to his wife and his children was the hardest thing he had ever done. Much harder than he had imagined. The grief and pain he still suffered, he bore for them. The guilt was his alone.

He had tried to change. He had spent countless nights of terror and heartache, reading his Bible, pleading to be changed and weeping inconsolably. He had gone through several “conversion therapy” programs. The psychological scars were not as obvious as the marks on his wrists, but they were more painful, more dangerous and much longer-lasting.

He looked deep into my eyes. “What would it take to ‘convert’ your attraction to women?” he asked. I slowly shook my head and averted my gaze. “Couldn’t happen,” I thought.

But the church loves everyone, doesn’t it? There is hope for all. What about the story of the woman caught in adultery? As long as you, “Go, and sin no more,” you’re welcome to join us!

“God loves the sinner but hates the sin,” I quietly reflected, casting the first stone.

His rage finally surfaced as he spat out the words, “To them, I am the sin!”

The Seventh-day Adventist Church recognizes that every human being is valuable in the sight of God, and we seek to minister to all men and women in the spirit of Jesus. It says so right there in our official statement on homosexuality.1

But our church faces a much more difficult task than the Pharisees had when they caught the woman “in the very act.” Like them, we must uphold our high standards and “call sin by its right name.” Like them, we must assure that we are living in a way we believe pleases our God. Unlike them, however, we must also figure out how to do this “in the spirit of Jesus.”

Jesus was such a conundrum.

He spent much of His time with common sinners, tax-collectors, winebibbers and prostitutes, yet no one could “convict Him of sin.” His standards of perfection were even higher than the rigid laws of the religious community in which He lived, yet He forgave sinners before they confessed – even when they didn’t ask. The astounding and morally confusing line in his conversation with the humiliated harlot was not, “Go and sin no more,” but, “Neither do I condemn thee!” His pointed stories made “good” guys look bad, and “bad” guys seem not only respectable, but virtuous.

But He didn’t have to deal with the complex issues we face today! It’s so hard to figure this all out! The list of initials in the acronym just keeps getting longer – LGBTQIAP+. There are now at least 23 different gender identities asserted. How can anyone really figure out what’s going on? It’s so much easier to draw the circle around the two of us and declare that anyone outside the circle is living in sin.

But…I was born in sin, too.

Dealing with complex human conditions calls for special care. I admire the sentiment behind this statement (which I’ve paraphrased a bit) from Dr. Lewis Smedes, who was a professor of theology and ethics at the Fuller Theological Seminary for twenty-five years:

“We who are heterosexual need to exercise extreme humility when we approach issues faced by the LGBTQIAP+ community for we are supremely ignorant of the challenges they face.”2

The least we can do is attempt to be fair.

When we counsel young, straight kids who are planning on getting married, we take extra pains to make sure they know that marriage is not all about the sex. It’s more about companionship. It’s about communication, and patience, and compromise and honesty. It calls for faithfulness and commitment. It’s hard work. It’s about dividing up the household chores and keeping tabs on the finances. There will be both hilarity and pain. It will demand service and sacrifice. Sure, there will be sex, but not nearly as much as they imagine.

We encourage and congratulate them, though, because God established marriage and “it’s not good” for humans to live alone (Gen. 2:18, CEB).

But with two young people who are not straight, who want to get married or live together because they, too, want to share companionship and communication and patience and compromise and honesty and commitment and faithfulness and household chores and financial accountability and hilarity and pain and service and sacrifice, we tell them their dream is ugly. We assume their relationship is all about the sex. And in our minds, we imagine much more sex than they can possibly have.

Marriage and connubial bliss isn’t meant for them. It’s better for them to live alone.Besides, the sex they’d be having is so unnatural!

Once again, the least we can do is be fair.

Anyone who has worked in a family health, or reproductive health, or sexually-transmitted infection clinic knows that there are a limited number of ways that humans can physically express their sexuality. They also know that all of these ways are used by some couples who are straight and some who aren’t. (Even some very conservative straight Christian couples have been publicly, and embarrassingly, found to occasionally stray from so-called “natural” sex.3)

But they can’t procreate! Not in the usual way!

Again, let’s be fair. Neither can many straight couples.

Human beings were made as a “distinct order” in the image of God, with the powers of procreation and individuality, the ability to think and to act in our own agency. We were also created as a “sand-box” demonstration to the unfallen universe of how it is that multiple individuals can unite to “become as one,” in a human representation of the Oneness inherent in the Trinity. Eve was so much a part of Adam that she was his “second self.”

While sexual intercourse, even with prostitutes, leads to what the Bible calls a “oneness of the flesh,” the splendor of the Oneness revealed in the Trinity is trivialized and not well represented when human beings act only as “appendages of sexual organs engaged in mechanical acts.”4 This can happen both in straight and non-straight relationships. The oneness we are meant to have and to represent is much better described in the love between David and Jonathan. “The soul of Jonathan was knit with the soul of David, and Jonathan loved him as his own soul” (1 Samuel 18:1, KJV). While I do not believe, as some do, that David and Jonathan were gay, or bisexual, it is ironic that one of the best biblical descriptions of the spiritual oneness we as humans were created to reflect is found in a relationship between two male friends.

Well, then, it’s okay for them to love each other, perhaps even live together, but they’ll just have to learn to constrain their sexual urges! We can’t be expected to fellowship and share church membership with people who can’t control their impulses!

Can’t we? “Simon, I have somewhat to say unto thee….” “Whoever hasn’t sinned should cast the first stone.”

Discussions and debates regarding causal factors in gender identity and sexual formation tend to distill down to whether or not choice is involved in the final determination. If one believes that individuals choose to be non-straight, it is much easier to form judgments and cast stones. If, however, they are born with such predispositions, or if they are formed by social or environmental causes beyond their control, then we feel more uncomfortable rebuking them outright. We then fall back on the moral opinion that we are sympathetic to their predicament, but they still must not act on their sexual inclinations.

Regardless of gender identity, straight or otherwise, the spectrum of sexual behavior stretches from hedonistic debauchery on one extreme to mutual monogamy on the other. We support and accept the morality of mutual monogamy in straight relationships, even if it has taken several failed attempts to achieve this state, but we condemn even this restrained relationship in non-straight couples.

Another quotation (paraphrased) from Lewis Smedes relates directly to these two spectra of gender identity and sexual activity:

“Since we cannot pinpoint the exact measure of responsibility people have for sexual differences, we do best to leave precise moral scorekeeping with God and the Holy Spirit.”2

What others are doing with their sexuality may well be sinful. They may indeed be living as sin itself. But I have found that I am exceptionally poor at reading the motives of others or at understanding the depth of the challenges to which they are responding in their daily walk. As I try to live “in the Spirit of Jesus,” I believe my command is to love unconditionally and indiscriminately, and to leave the conviction of sin to the Holy Spirit.

I realize that we as a Church must have standards, or who knows who might try to join us, but as I see friendships and families and denominations being torn apart by arguments over which anatomical orifices should be used for what, I find it hard to believe this is what Christ meant when He said, “This is how everyone will recognize that you are my disciples – when they see the love you have for each other.” (John 13:35, The Message) 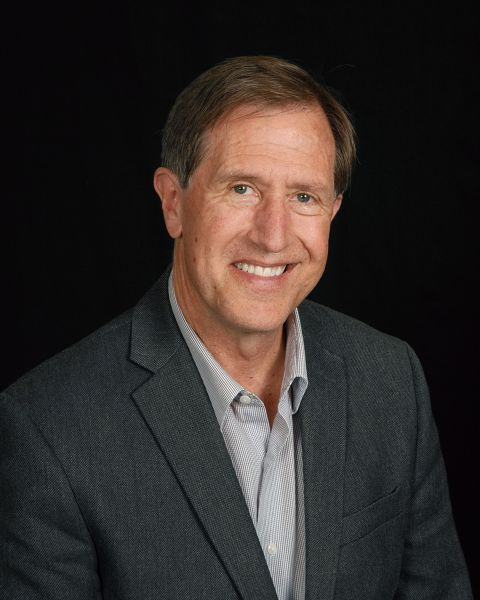