Adventist Tomorrow: The Pillars of Adventism 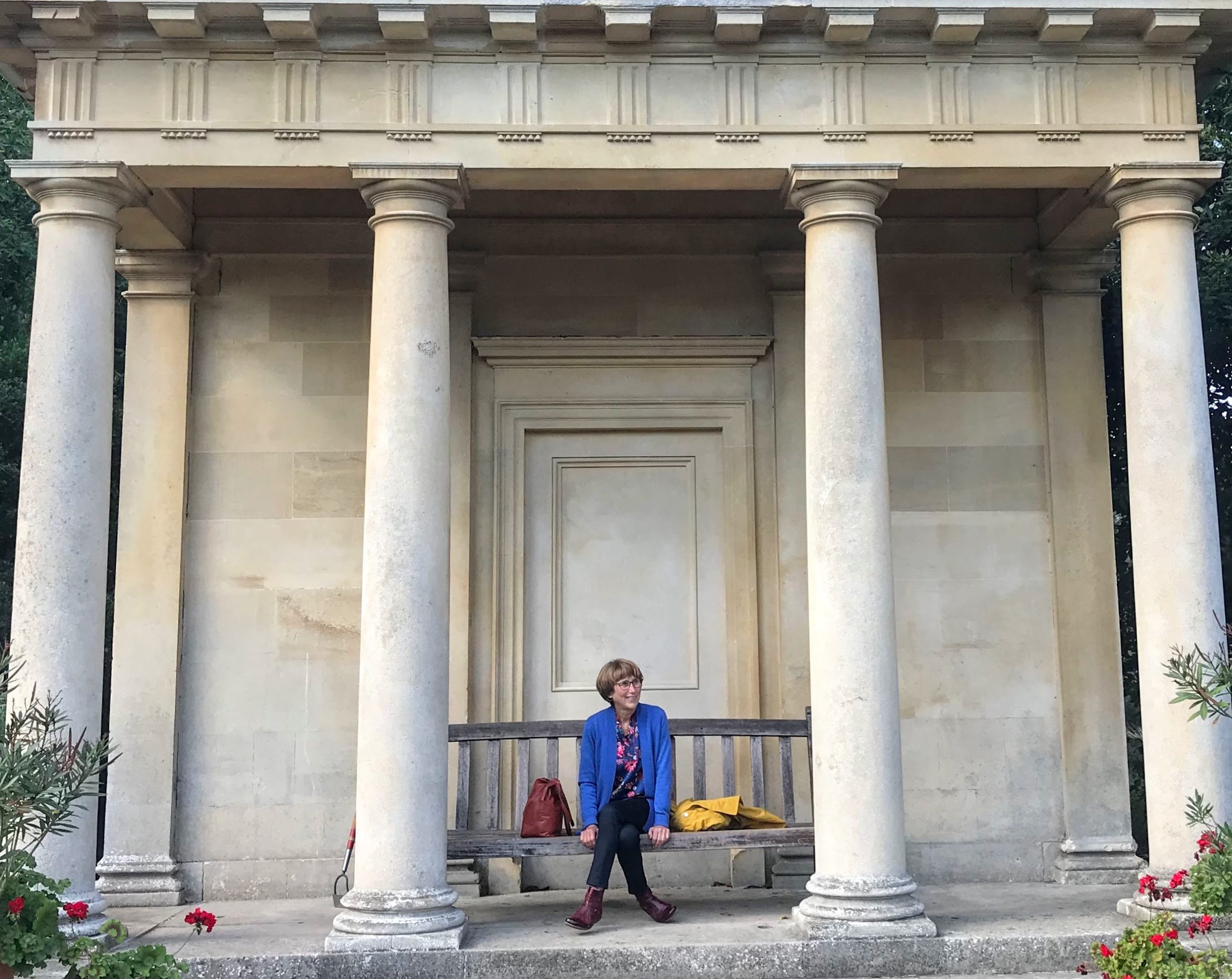 What are the pillars or core teachings that make Adventism stand or fall as a distinctive denomination?

12-year-old Ellen Harmon heard William Miller preaching the soon return of Jesus Christ in Portland, Maine.[1] Ellen grew up with and then led, by influence, the Seventh-day Adventist movement that came from that preaching. 50 years later she did not have a list of 28 Fundamental Doctrines but listed five or six she could think of.[2] Others who think her 62-year-old memory could be improved upon have expanded her list![3] But of all the things Seventh-day Adventists have come to believe and teach, what pillars have stood the test of time?

1.) The Second Advent of Christ

The expectation that Christ will personally return to this planet is a pillar that has not been removed, but a lot of paint has been splashed on this pillar in setting a time for that return, starting in 1843 and then 1844, and then by various Adventists off and on even until the year 2000 again brought messianic fervor to another pitch. That Jesus will come soon has been an Adventist platitude. That Jesus will come remains solid, but soon is not sustainable except in general terms.

It is possible for a reformed Jew to worship on a Sunday, but it is not possible to be a Seventh-day Adventist without assenting that the original Sabbath is a Saturday. However, what Sabbath keeping and Sabbath breaking means is clearly cultural and will be discussed. What many former Adventists miss is the concept of 24 hours of sacred time, and recently more Sunday worshipers have avowed a new interest in Sabbatizing, even if they avoid the Saturday on which to do it.[4]

That the Jewish Temple was a reflection of some heavenly reality is not unique to Adventism, but the assignment of an October 22, 1844, date to some cosmic significance in that reality is not very alive and healthy in Adventism today. Those few who find the metaphor of the “Sanctuary Service” as a yet relevant and beautiful exposition of God’s plan for the salvation of the universe mourn that loss. But Adventist members in the pews and Adventist pastors in pulpits largely join the Adventist administrators of the many layers of church bureaucracy in the formulaic and ritual assent that someone somewhere understands this all. Precisely how we are saved (righteousness by faith, sanctification, justification, imparted, imputed, from sin, while sinning, character perfection versus improvement) remains a lifetime battleground for a certain Meyers–Briggs personality type of Adventist quite disgusted by the relaxed attitude of other personality types of Adventist.

Outside of Adventism most who knew about us and could tell the difference between an Adventist and a Mormon or Jehovah’s Witness knew that we “didn’t smoke, drink alcohol, or eat meat.” We were the “peanut eaters.” The Ellen White-engined “health reform message” turned a simple concept—our bodies are the temple of God—into a huge collateral benefit for this church. You can make fun of the peculiarities of Adventist health dogma, such as not drinking water with meals, avoiding spices and vinegar, fear of tea and coffee as gateway drugs to alcoholism. But people who did it all lived longer and healthier than their less-convicted fellow Christians. If ketchup avoidance or mustard deficiency has deformed your life deeply, I’ll apologize, but avoidance of toxic drugs, a plant-based diet, with limited dairy and eggs, was a huge benefit to 18th-century humans. This benefit has carried over well into today’s Blue Zones, who still follow this principle of treating your body as God’s temple.

Recently, a long-time refugee from Adventism happy in his agnosticism (or even naming himself as atheist) admitted that of all the doctrines of Adventism what remains sweet to him is the Adventist insistence that the soul sleeps in death, and that God has no eternal punishment for temporal sins. The pagan immortality of soul grafted into Christian belief makes a terror of God less likely for well-taught Seventh-day Adventists. My emotion is pity when some good Christian has to try and justify a God of love with a God of eternal hell fire. Progressive Christians are reinterpreting their Bibles as Adventists have done from the beginning of our church. Good for us, and good for the Adventist God we can truly love without the suspension of logic and justice. While likely not a nice place, the Adventist hell finally consumes even Satan himself. Much the quicker those guilty of lesser crimes such as gluttony, indolence or sloth. Let’s just be honest. Our hell is frankly a hell-of-a-lot better than their hell.

Of these, only the five discussed above plus our acceptance of # 6—some sort of inspiration (ranging from inspirational but flawed, to immaculate and error-free) for Ellen White’s writings—differentiate Seventh-day Adventists from other fundamentalist Christians.

Is that enough? Perhaps not; perhaps we need to be more different from fundamentalist Christians? Can we aspire to being more orthodox and less fundamental? Or more progressive and less tradition-bound? Or how about just becoming more honest, more loving, more Christlike?

In addition to forcing the addition of fundamentalist revisions of some “Fundamental Beliefs” through votes at the last General Conference the current General Conference officeholder regularly propagates ex-cathedra STATEMENTS, GUIDELINES, and DOCUMENTS that he gets voted by smaller organizational groups of employees under his control or just propagates on line and in print as “The Seventh-day Adventist Church” (i.e., “me”) on topics mostly about what he is against–abortion, transgender-ism, homosexuality, same-sex marriages, the ordination of women as ministers, tithe not going to local church, evolution, poverty, child abuse, violence against women (except for religious reasons, of course), Sabbath observance, and war in the Congo!

I am fairly sure that except for poverty, child abuse, or the war in the Congo, we will need to talk about many of these opinions in chapters to come. Past General Conference presidents may have agreed with the present officer, but none of them (including his father) was as aggressive in manipulating meetings, employees, and conferences he organizes, as is this one. At least, not since 1952.[6]

In 1898 when Ellen White listed her small number of Adventism’s pillars, she was mostly concerned about fundamentalists and traditionalists in Adventism who refused to consider changes or “new light” challenging their previous opinions. Especially those young new preachers who suggested “salvation was not by obedience but by grace.” Let’s review her discussion of doctrinal adjustments in the 1888 Minneapolis General Conference.

“In Minneapolis God gave precious gems of truth to His people in new settings. This light from heaven by some was rejected with all the stubbornness the Jews manifested in rejecting Christ, and there was much talk about ‘standing by the old landmarks.’” She continued, “God designs that a new and fresh impetus shall be given to His work. Satan…knows…if he can deceive the people…with most determined zeal (to) resist, then he exults over the deception he has led them to believe…That which is food to the churches is regarded as dangerous and should not be given them.”

She wrote the following to Adventist members for general consumption in the Review and Herald, March 25, 1890.

“We must not think, ‘Well, we have all the truth, we understand the main pillars of our faith, and we may rest on this knowledge.’ The truth is an advancing truth, and we must walk in increasing light.”

Can the Pillars be Saved?

I.e., the other 90% of the churches in North America are mostly empty. Only 40% of the Adventist members are in the 90% of the church buildings. These churches are old and dying off. Only with institutions such as hospitals and universities does North American Adventism thrive. Only where openly or covertly are women treated the same as men, where homosexuality is understood as neither a choice nor a sin–but as a heritage to be honestly and sinlessly lived out, where the Bible and Ellen White’s writings are understood as a guide to truth, an introduction to truth, not a fence on truth—is Adventism thriving.

Outside of North America, Adventism’s strengths[7] still eclipse its doctrinal weaknesses, but for worldwide Adventism tomorrow the message is the same–grow, adapt, expand, open up and “walk in increasing light,” or weaken, wither, and die.

The pillars of Adventism may be eternal truths, but Seventh-day Adventism’s house built around those pillars surely could use some renovation.

[2] Ellen G. White, Manuscript 13, 1889 lists a.) the 3 angels’ messages of Revelation 13; b.) the commandments of God; c.) the faith of Jesus; d.) the temple of God in heaven; e.) the Sabbath; f.) the nonimmortality of the wicked. “I can call to mind nothing more that can come under the head of the old landmarks. All this cry about changing the old landmarks is all imaginary. Now at the present time God designs a new and fresh impetus shall be given to His work.”

[3] https://en.wikipedia.org/wiki/Pillars_of_Adventism adds investigative judgment and Ellen White’s ministry herself, still far shy of 28 “Fundamentals.” And not all Adventists agree on the importance of each pillar. The formal wording of the first Seventh-day Adventists was simply this: We, the undersigned, hereby associate ourselves together as a church, taking the name Seventh-day Adventists, convenanting to keep the commandments of God, and the faith of Jesus Christ.” (https://digitalcommons.andrews.edu/cgi/viewcontent.cgi?article=3054&context=auss)

[4] Renewed respect for the Sabbath has come from A.J. Swoboda’s Subversive Sabbath (Dr. Swoboda is a professor, author, and pastor of Theophilus in urban Portland, Oregon. He teaches theology, biblical studies, and Christian history at George Fox Evangelical and Fuller Theological Seminaries, including a number of other universities and Bible colleges); Sabbath as Resistance by Walter Brueggemann (Walter Brueggemann is an American Protestant Old Testament scholar and theologian who is widely considered one of the most influential Old Testament scholars of the last several decades); and the outstanding Sigve K. Tonstad’s The Lost Meaning of the Seventh Day.

[6] My General Conference (GC) presidential memories begin as a child at the 1952 Cow Palace in San Francisco, hearing the General Conference resignation speech of Elder W. H. Branson given in a Parkinsonian cadence, and then meeting Elder R. R. Figuhr. I have had some brief but personal contacts with most of the GC presidents since that time, and now in the age of real time video we all know more than we should about the present holder of that job.