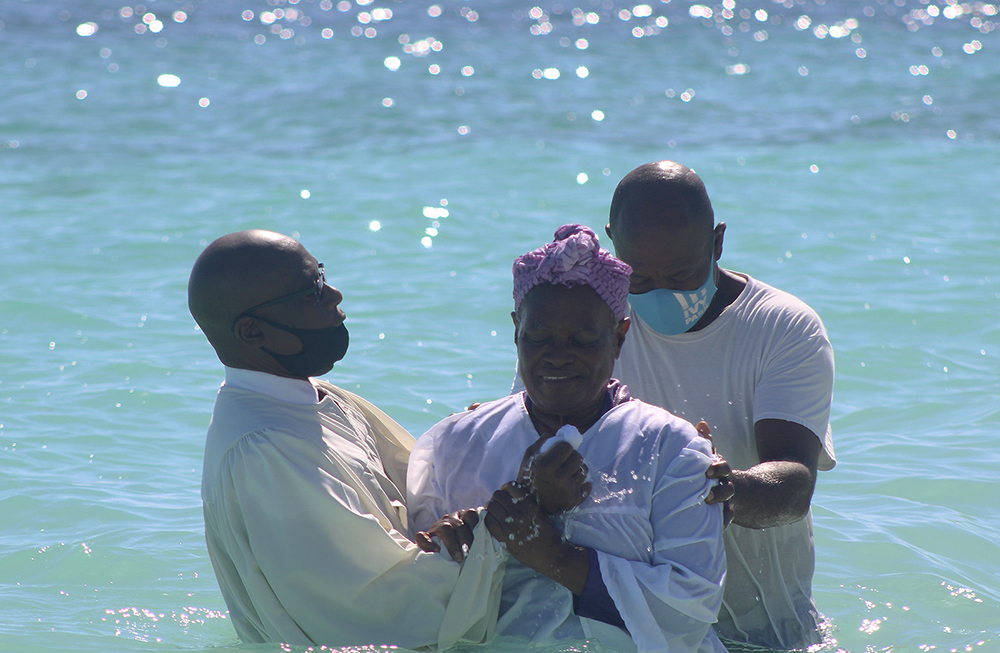 28 March 2022 | Thousands from across the Caribbean, Central America, North America, Asia, Europe and other parts of the world watched and listened via YouTube, Facebook, and other social media platforms, free-to-air television, cable, radio and hopebeyond.net to the Footprints of Hope Online Evangelistic Series, hosted by the Seventh-day Adventist Church in Jamaica, reported the Adventist News Network.


“The evangelistic glass ceiling was broken in many areas, and going forward, the way we do public evangelism will never be the same again,” said Everett Brown, president of the church in Jamaica and chairman of the planning committee for the online series.

The series featured coordinated efforts by evangelism teams on the ground throughout the English-speaking regions of the Inter-American Division, namely, Jamaica, Atlantic Caribbean, The Caribbean, Dutch Caribbean and Belize.

Hundreds of Digital Bible Workers (DBWs) ensured that those who called for prayer, counseling, or baptism were reached during the series every evening.

Shorna Myrie, an elder at the Salem Adventist Church in Montego Bay, Jamaica, served as a DBW. Myrie responded to telephone calls and requests in chat rooms. She said that people want to connect with those who are caring, patient and have a knowledge of the Bible.

Calls came in from all over the world, and in some cases, the DBWs had to locate pastors from different countries and locations to arrange for baptism, Myrie said. Along with her fellow DBWs, Myrie was able to assist in the baptism of 60 people.

“One lady from Connecticut [United States] brought her 13-year-old son to Jamaica for baptism,” said Myrie. “It was quite a rewarding experience.”

In the Belize Union, pastors kept baptizing people weeks after the evangelistic series concluded, with 39 new members joining the church in the Southwest Belize Conference. In the North Caribbean Conference, 56 new believers joined the church after the series ended, but more and more are approaching the churches in St. Croix (United States Virgin Islands) and nine other islands in the conference.

“We are going to be baptizing more and more people long after the series because [of] the impact of the series on their lives,”  said Royston Philbert, Ministerial Association secretary for the North Caribbean Conference.

Training for retention and reconciliation of the new members has already begun online this month.

Additional regional online evangelistic campaigns in the IAD are scheduled to take place in the coming weeks and months from Central America, the Spanish-speaking islands in the Caribbean, Mexico and French-speaking territories. To learn more, visit interamerica.org.

(Photo: Pastor Eric D. Clarke (left) baptizes a candidate in Freeport, Grand Bahama, The Bahamas, during the Footprints of Hope Evangelistic Series, on Feb. 26, 2022. Photo by Andreaz Burrows via the Inter-American Division website.)