Bill Maher is not a favorite of mine.

If you’re not familiar with this late-night political comedian, I honestly can’t recommend that you become so now. It’s not that I don’t enjoy political comedy—in fact, in the last four years I’ve found humor to be a much needed oasis. However, what I don’t enjoy is the kind of cynical condescension that Maher seems to pontificate, as readily as Billy Graham used to preach the gospel. (Which perhaps suggests that in another version of reality, Maher’s zeal might have made him a very fine parson.)

Not long ago I happened across an interview from last year between Maher and Rep. Katie Porter. In the interview Maher was asking about a recent congressional hearing in which Porter, a freshmen representative, had made a name for herself questioning the JPMorgan Chase CEO, Jamie Dimon. Maher seemed particularly excited about this event, because in his words, Rep Porter had ‘shamed’ Mr. Dimon, and consequently the company had seemed to change.

Maher: “So it looks to me like shaming works. I’ve said for a long time, ‘I don’t think we shame enough.’ You shamed him. Don’t you think we should do that more?”

Rep. Porter: “Well I do think holding people accountable works. And I think it works in multiple ways.”

While Maher seemed bent and somewhat giddy at the possibility of highlighting a public shaming, Rep. Porter (who I might add is also a professor) saw the situation in an entirely different light. Where Maher saw shame, Porter saw the interaction more as a professor asking a student a question only to find they hadn’t studied for the exam. Where Maher used the word shaming, Rep. Porter used the word accountability. Which got me to thinking about the difference.

Despite Maher’s advocacy for shaming, he has historically been a vocal opponent of any kind of personal call-out culture—perhaps our most potent method of public shaming—or anything that presents a standard for political correctness. His former show was literally called Politically Incorrect. Maher wants to shame others, while he himself dodges any kind of standard or call-out. And while I could chalk this seeming contradiction up to his general inconsistency as a human being, I actually think he’s highlighting a common confusion that many of us grapple with.

Is shaming necessary? Is there a difference between accountability and shame? And how do we hold people accountable without becoming ensnared in the quagmire of politically correct, call-out culture? And lastly, as Christians, how does being people of grace shape our response to these questions?

Thankfully for me, I’m not the only person who has recently had this on their mind.

You might have noticed (assuming you’re conscious) that in the US for the last few months, we’ve been having a very serious conversation about racial injustice. You might have also noticed that these conversations bring up a lot of heavy and dark emotions in people, a fact that recently led professor and shame-researcher Brené Brown to release an episode on her podcast on the subject of shame and accountability.

As a bit of a Brené fangirl, I’m familiar with her work. But it’s worth noting that before discovering Brown, I couldn’t have told you the first thing about shame in any kind of intellectual way—a truth that I hold in common with far too many people. The reality is most of us lack a vocabulary for how to name our self-conscious affect. Words like guilt, shame, humiliation, and embarrassment get used interchangeably, much to our detriment. One of the reasons this is so dangerous is because shame is one of the most innate human experiences, and it so happens to be an experience that gains more power in silence, therefore lacking a vocabulary is not benign.

So what is shame? Simply put, shame is the fear of disconnection based on the belief that we are unworthy of love and belonging. Shame is a painful emotion—literally. The need of social acceptance and connection is so important to our brain chemistry that when we experience rejection and disconnection the pain is visible to researchers, lighting up the same regions of the brain associated with physical pain.

This experience, however, is not the same as guilt. Guilt is also powerful, but it tends to produce action. Guilt is what happens when we realize we have missed the mark. Guilt is a feeling that alerts us to the fact that our behavior is not in alignment with our values. Yet unlike shame, guilt operates from the understanding that we are worthy of connection and belonging, therefore, we are capable of moving forward.

So where does accountability fit? Brown notes that to hold someone accountable is to hold them to their values. Shaming is “you’re bad,” whereas accountability is, “you’re not doing your job.” The difference between accountability and shaming really has to do with the intent of the person holding the accountability—and that intent is ultimately to bring people into alignment with their integrity and their espoused values.

As you have likely experienced, a failure to differentiate between these ideas often leads to a lot of confusion. While there is not a specific Biblical differentiation, I do believe you can make a good case for that distinction. Wrongdoing in Biblical terms falls under the banner of sin. Sadly, in many churches there’s been no differentiation between guilt and shame, and people are shamed, just as their atheist counterpart Bill Maher would advocate. Yet despite this unfortunate truth, the Biblical terminology fits more appropriately into a framework for accountability.

As many of us know, the Greek word for sin (hamartía) is probably better translated as a failure, fault, or simply not hitting the mark—a definition that harkens much stronger to the idea of guilt, or being out of alignment with our values, rather than unworthiness or shamefulness. After all, given the gospel message is literally the idea that we are made right for connection through Christ’s love, it would be contradictory to insist on negating that with shame. Something that Brown’s work has in common with Biblical writers, is that both go out of their way to dismantle shame, which interestingly makes a stronger case for the value of accountability.

Accountability is a necessity for growth and relationship

Yet because so many of us walk around drenched in shame, accountability remains a difficult subject. Why? Because as Brené reminds us there is a large difference between feeling shame and being shamed. If in your heart you feel unworthy, and someone tries to hold you accountable, it is extremely likely that you will receive it as shame because that’s how you feel, rather than receive it as accountability as they intended. As Christians we should believe in our value and worthiness for connection, but just because we profess that truth doesn’t mean our default posture won’t knee-jerk us back into shame.

As a church when we rumble with difficult policy decisions, questions of leadership, and questions of authority, (and also as citizens in tumultuous political times) again and again I see myself and others struggle with this process. While call-out culture may be an appropriate tool for the powerless to use against powerful governments or corporations, on a personal level call-out culture far too often leaves severe wounds in its wake.  So when we see leaders and individuals living outside of the values they profess, how can we approach these situations without weaponizing shame?

Perhaps the most important place to begin is with our own accountability—after all we are advised to take the beam from our own eye, before drawing attention to the speck in someone else’s. And the truth is, even for those of us who make a practice of believing in our worth and value, it is often still innate for us to respond viscerally with shame when someone holds us accountable. And most of the time you can tell it’s shame because shame has a physical manifestation. Because our brain registers a loss of connection as trauma, shame usually feels like trama. Think of that feeling you have when you’re driving down the freeway and you’re almost in an accident? That’s often the same feeling you feel in shame.

While the feeling is unavoidable, remembering that it is a feeling that can be helpful. Brown offers some helpful advice here as well. Remember, while you’re in the physical feeling of shame, don’t text, talk, or type. If you need an immediate reply, try something along the lines of, ‘thank you for the feedback—I need to give this some thought.’ Because shame is trauma, it lodges in the survival part of your brain (think fight, flight, fawn, and freeze.) Therefore if you want to move yourself from shame back into guilt, the key is to get your prefrontal cortex back on line as fast as possible. Remind yourself that you’re here to get it right—not to be right. Change and action provide a natural metabolizing of any shame that comes up around accountability.

So what about holding others accountable? I admit this is an area I struggle with. I have far too often failed to hold people accountable in a desire to make them comfortable. The problem with this is, when we don’t hold others accountable it often causes us to fall out of alignment with our own values and our silence in turn creates guilt. So where to begin? I was recently struck by a line author Sarah Bessey used in her August newsletter. She wrote, “May we be the ones who do not settle for calling out, but be the ones who dare to call others ‘in’ –in to mercy, in to goodness, in to justice, in to repentance, in to hope.”

When we find ourselves in a position where accountability is the requirement of our integrity, perhaps the best way forward is to ask, am I calling them out, or am I calling them in? Is my intent here growth and relationship and integrity? And if it is, how can I best call them in? While we ultimately cannot control how others receive our words, I do believe the love in our intentions matters.

Given the human condition, these subjects may always be complex. Yet if we want to grow as imperfect creatures understanding how to relate to accountability is necessary. Developing a vocabulary for shame and guilt is crucial lest we find ourselves injuring the very people we’re called to love. And if we’re going to be people who live with integrity to our calling, then learning to call ourselves and others in to accountability is part of the work. 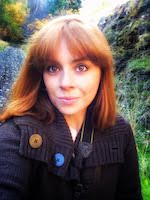