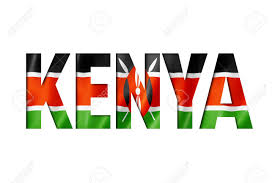 8 October 2020 | David Maraga, the Adventist attorney who serves as chief justice of the Supreme Court in Kenya, has recommended officially that President Uhuru Kenyatta dissolve Parliament because it has “blatantly failed, refused and/or neglected” to do what the nation’s constitution requires in regards to women’s rights. If the president agrees, it will require new parliamentary elections within 90 days.

Article 27, paragraphs 3 and 8, of the constitution adopted in 2010 requires that no more than two-thirds of the members of Parliament be either male or female; in reality, reserving at least one-third of the seats for women. Experts and advocacy organizations have testified that women seeking to be elected to Parliament face severe obstacles, including physical and sexual violence, and a lack of financial support for their campaigns.

Maraga ruled that the constitution requires the government of Kenya to “take legislative and other measures to implement the principle that no more than two-thirds of the members of elective or appointive bodies shall be of the same gender. Women and men have the right to equal treatment, including the right to equal opportunities in political, economic, cultural and social spheres.”

In his advisory opinion to President Kenyatta, Maraga said Parliament’s inability to pass the necessary legislation over the past ten years was clear evidence of lawmakers’ attitude and conduct toward the constitutional requirement. The fate of the 416-member bicameral legislature now rests with the President, who, according to the Constitution, is bound to dismiss Parliament “within reasonable time.”

A number of organizations had petitioned the nation’s highest court to deal with the refusal of Parliament to observe the constitution. One of the petitions was from the Law Society of Kenya and it issued a statement in response to Maraga’s ruling: “This move shows that there are a few state officers who still uphold the law by the standards set under the constitution.

A number of politicians made statements in opposition to Maraga’s ruling. Justin Muturi, the Speaker of the National Assembly, told the news magazine Africa Report that Parliament has been turned into “a punching bag” and named other key government bodies such as the Cabinet and the courts that are not in compliance with the two-thirds rule. He also said that if measures were instituted to make sure the two-thirds rule were followed it would be “fundamentally skewing or altering the sovereign will of the people who go to the ballot to elect their representatives.”

In response to a petition from Attorney General Kihara Kariuki, on 24 September the full court delayed the dissolution opinion pending a full hearing of the case which will allow opposition figures to present their views. A panel of judges will be appointed to hear the petitions. “The President may ignore the advice” from Maraga, an official who insisted on anonymity told the news media. “However, the government has decided to seek an interpretation on the way forward from the court.”

Maraga is famous for the 2017 Supreme Court decision to annul national presidential election results and require a second election. He is nearing the end of his term as Kenya’s second chief justice under the 2010 constitution.

The Seventh-day Adventist denomination has more than 6,500 congregations in Kenya and more than 1.2 million members among a population of 70 million. It operates two universities, 35 secondary schools, 135 medical institutions and 30 publishing and media ministries.

Tyson Jacob, the correspondent for Adventist Today in eastern Africa, had a key role in reporting this story. Information was also provided from Reuters international news service, the law journal Jurist and the news magazine Africa Report.