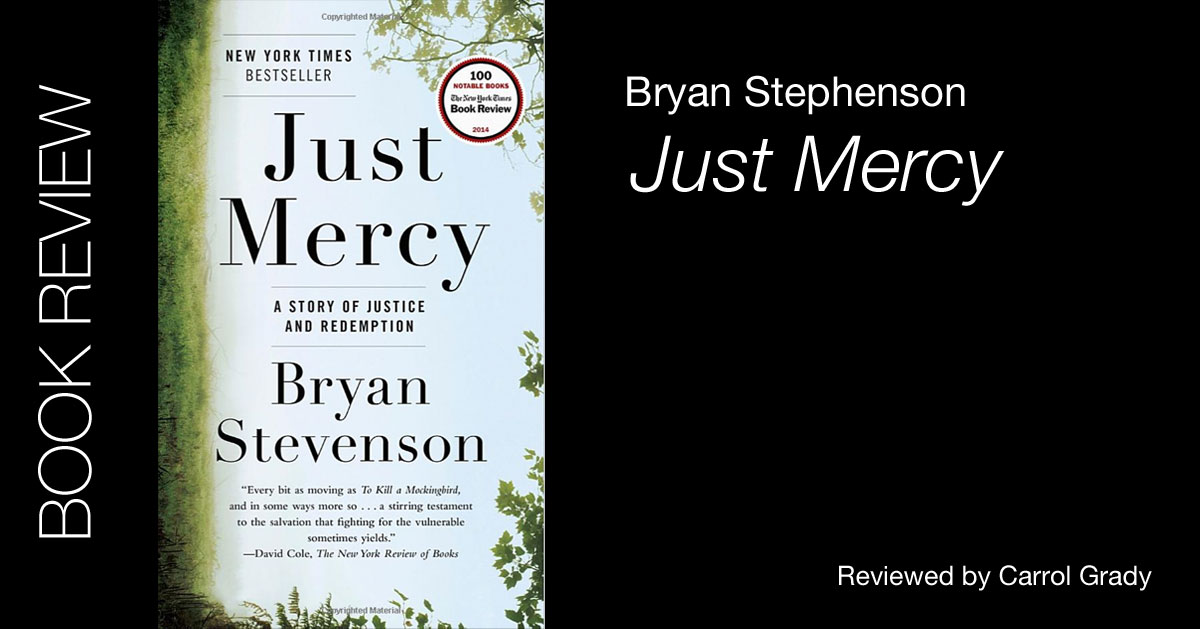 In the wake of the tragic events in Charlottesville, Virginia, on August 12, I want to recommend a book I recently read that gives some insight into America’s racial problems. Just Mercy, a title that could be taken more than one way, is by Bryan Stevenson, a Black lawyer who grew up poor in Delaware and was accepted by Harvard Law School, although he never felt quite at home there. When he had an opportunity to serve an internship with Southern Poverty Law Center in Atlanta, Georgia, he became aware of the plight of mostly Black death row prisoners who could not afford legal help. After graduation from law school, he returned to the office in Georgia and began pro bono work for these prisoners, soon transferring to Montgomery, Alabama, where he founded the Equal Justice Initiative, dedicated to providing justice to death row inmates, many of whom, he found, had been imprisoned unjustly.

Stevenson follows the story of one man throughout the book, while describing the many other cases he has dealt with, a Black man who has shown initiative and good business sense, along with acceptance by nearly all he has dealt with, until the day a white waitress begins to flirt with him in the restaurant where he usually eats lunch. As he succumbs to her wiles, and they begin to date, he crosses a line that brings the wrath of other white people down on him, and when police are stymied by an unsolved murder, he become a likely target. Witnesses are paid to testify falsely that he was seen at the crime site, and he is convicted.

Stevenson and other like-minded lawyers and legal aides who join his foundation face death threats and many attempts to block their efforts to uncover the truth. Their courage and compassion are inspiring, as they expose the great unfairness in the justice system that shows bias by predominantly imprisoning racial minorities, while showing unwarranted favoritism to White criminals. Today, DNA evidence is able to prove many cases of wrongful conviction, in which the defendants have been convinced to plead guilty, but the loss of many years of life in prison can never be made up. This sort of injustice is endemic throughout the South, but is also seen in many other areas of our country

This book will make you angry, sympathetic, and hopeful in turns. It should be a must-read for anyone who wants to truly understand our racial problems today. The author has won a MacArthur “genius grant,” Sweden’s Olof Palme prize, and other awards and distinctions.

Just Mercy by Bryan Stevenson is available at Amazon in print and eBook version by clicking on this link.