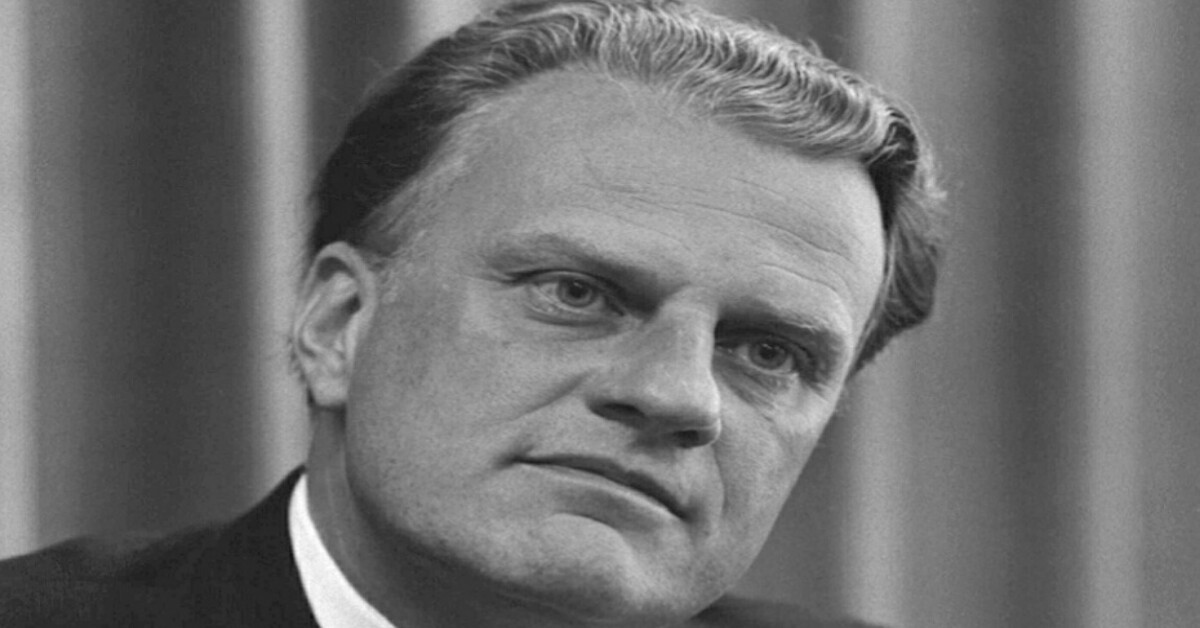 21 February 2018 | Billy Graham, one of the most influential evangelists of the 20th century, passed away today at the age of 99. He died at his home in Montreat, North Carolina.

Graham is estimated to have preached to hundreds of millions internationally over the course of his 60-year ministry.

Tributes to the evangelist are pouring in from public figures, including US President Donald Trump who called Graham “GREAT” and “a very special man” on Twitter, saying that he and the First Lady joined millions in mourning his death.

News of Graham’s passing was also mourned by Adventist leaders and members, who took to social media to express mostly positive sentiments about one of the most influential Christian preachers of the 20th century.

“On the passing of #Billy Graham, we share condolences and a photograph of Graham …” read part of a tweet from the SDA History Twitter account of the Adventist denomination’s Office of Archives, Statistics and Research. The picture showed Graham smiling with the late Adventist Voice of Prophecy radio broadcaster H.M.S Richards and W.R.L. Scragg, the head of the Adventist Church’s Radio & Television Department at the time.

Well-known Adventist evangelist and TV ministry Amazing Facts president/speaker Doug Batchelor marked the occasion by reminding his Facebook audience that “BILLY GRAHAM IS NOT IN HEAVEN… Yet.”

Batchelor said that while he hoped to see Graham in heaven, Christian media picturing Billy Graham as being in heaven following his passing was incorrect. The Adventist preacher wrote that “the Bible is extremely clear that people do not go directly to heaven before the judgment and resurrection.” He then invited his audience to watch his 3-minute video on the state of the dead and pass it on.

There were numerous positive interactions between the Adventist Church and Billy Graham during his lifetime. The Adventist Review reported in June 2015 that the La Sierra University library has letters written between H.M.S. Richards and “high-profile evangelists of the day, including Billy Graham.”

Other Adventist leaders report having met Graham. One of these is Llewellyn Jones, a former Public Relations Secretary for the Adventist denomination’s Victoria Conference in Australia. Jones wrote in the church’s Ministry magazine that he spoke with Graham who shared memories of his association with other Adventist leaders. In his June 1959 article, Jones added that he had gifted a Graham staffer the Ellen White classic Steps to Christ and that he had promised to pass the volume to Graham.

Adventists have taken a deep interest in Graham’s evangelistic techniques over the decades. A June 1972 article in Ministry contains details of a dissertation by then-chairman of the Walla Walla College speech department, Loren Dickinson. The dissertation examined the planning and structure behind Graham’s crusades.

Wrote Dickinson: “Research indicates that only rarely does an Adventist pastor receive referrals from a Graham crusade. That is not because inquirers don’t request it; rather, it is because Adventist pastors in many cities are not considered in the Protestant mainstream and/or are not viewed by crusade officials as open, friendly, cooperative, or consonant with the goals of a Graham crusade. When an inquirer, then, indicates an interest in the Seventh-day Adventist Church (or for that matter in one of a number of other churches, such as Catholic or Mormon) his name will go to a staff pastor or to a participating Protestant pastor living near him.”

Dickinson said that historically Graham and his staff had “appeared to avoid extensive involvement with Adventists,” but that there “have been exceptions.” He claimed that “the research indicates that some Adventist churches and pastors have cooperated with Graham up through the point at which he stops [agreeing with Adventist theology] and they have done so successfully without compromise.”

The Adventist academic concluded his thoughts with: “Graham’s organizational methods must be credited with a substantial role in effecting decisions for Christ. One can say what he wishes about the charismatic Graham, but it remains that his speaking, his organization, and the Holy Spirit working through each of them effects decisions for Christ that might not have taken place otherwise. And Adventists can reach similar outcomes, use similar methods, and lead people into a far more complete knowledge of what God is like.”