Be Killing White Supremacy or It Will Be Killing You

During my time as an undergraduate at Washington Adventist University, theology and religion majors had to take a course called “Biblical Spirituality for Ministry.” In this semester-long course we studied the spiritual disciplines, we formed accountability groups with other class members, we regularly journaled, and we committed to having a consistent devotional life. This was the first time I was given the language for spiritual practices that had become part of my life over my years as a Christian.

One practice that sparked some interesting discussion in class was the discipline of mortification. It is not commonly referenced or talked about in our churches, but Paul writes about mortification in various ways throughout Romans, Galatians and Colossians, most often with the language of dying to the flesh, living in the Spirit, or being recreated in Christ. For example, in Romans 8:12-14, Paul writes, “So then brethren, we are under obligation, not to the flesh, to live according to the flesh—for if you are living according to the flesh, you must die; but if by the Spirit you are putting to death the deeds of the body, you will live. For all who are being led by the Spirit of God, these are sons of God.”[1]

Brian Hedges author of Christ Formed In You: The Power of the Gospel for Personal Change defines mortification as such, “Simply put, mortification is killing sin. This includes both sinful actions (deeds) and the sinful motivations (passions and desires) which produce them. But this language of putting to death does not suggest finality…Mortification is not a once-for-all-act, like justification. It is an inseparable component of our ongoing transformation, which as we have learned, is a process that continues throughout our lives.”[2]

The practice of mortification is a daily practice where we must intentionally and strategically fight against the sin in our lives. Sitting in that class years ago I remember my professor quoting Puritan pastor and theologian John Owens, “Be killing sin or it will be killing you.” The language is so definitive and intentional. Owens communicates the absolute life or death necessity to wage all-out war on sin.

At that time in college, I never thought to understand this quote as anything more than a call to engage in daily spiritual warfare. But today, in 2018, the application of mortification not just for the sake of our personal spiritual growth, but also for our collective spiritual growth is clearer than ever.

What is striking is that a significant number of these incidents took place on college campuses, what they have noted as a 77 percent rise. There are more white supremacist candidates running for office not as third-party or independent candidates, but as Republican candidates for major office across the country in states like Illinois, Wisconsin, California, and Virginia. White supremacy has been intertwined with American life, religion and politics since the beginning of this American experiment, but recently we have seen a new wave in the 21st century.

Although you might not be a card-carrying Klan member, the majority of white supremacists are not official members or any organization. Although you might not subscribe to white supremacist ideology, if you ignore the rise of voter suppression tactics that keep minority voters from the polls, or the prevalence of food deserts that make healthy foods inaccessible to both poor whites as well as minorities across the United States, or the strategic resegregation of public schools across our country, you are supporting the system of white supremacy. White supremacy is an extremely poisonous sin that cannot be ignored. As John Owen would say we must Be killing white supremacy or it will be killing you.

But, how? How do we kill a system? As I quoted from Hedges before, mortification is not a “once-for-all” act. We will not kill white supremacy through one election, one phone call, or one short article. But, there are daily actions we can all take to practice the spiritual discipline of the mortification of white supremacy:

(1) Educate yourself on white supremacy

The Anti-Defamation League actively works to provide educational resources for anyone who would like to “fight hate for good.” They keep track of the movements of extremist organizations across the United States and have many resources including reports, maps, and articles to help. Another good resource is the book Blood and Politics: The History of White Nationalism from the Margins to the Mainstream by Leonard Zeskind. This is by far the most comprehensive history of the white supremacist movement to date.

From a young age, my parents talked with me about living in the United States as a black woman. I learned very early all that stood against me, but they consistently reaffirmed my identity in Christ and reaffirmed by value as an image-bearer. Likewise, white parents, teachers, and church leaders need to start having “the talk” with white children about their identity. Teach them what it means to be white, what it means to have white privilege and how they can use their privilege to uphold and support the dignity of all image-bearers. Teach white youth who they are so that they don’t learn it online from organizations with destructive and in-Christian ideologies like Identity Evropa.

(3) Don’t allow discrimination and hate to happen before you

(4) Fight as a community

Just as we seek for Christ to transform our personal lives by overcoming the power of sin, let us seek for Christ to transform our communities by overcoming the powers of sin in our society. But, it won’t happen with just prayer, it also requires intention and strategy. Let us be killing white supremacy or it will be killing us. 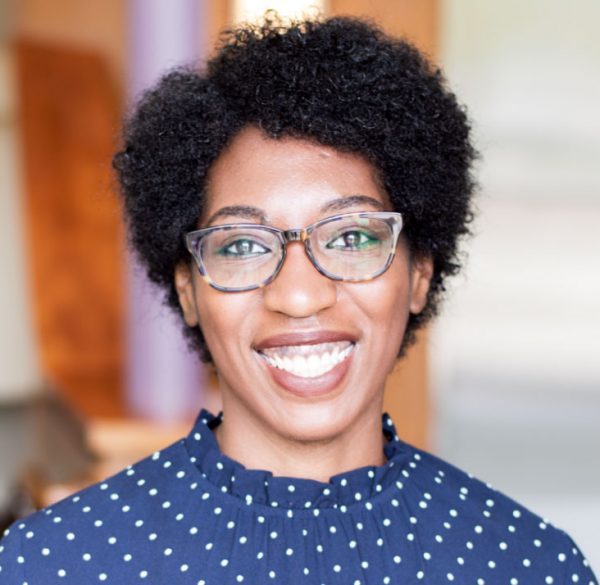 Danielle is currently studying at Andrews University where she is completing her dual masters degree in Divinity and Community and International Development (MDiv/MSCID). When she’s not studying, she can be found in reading in local coffee shops, cooking, or enjoying a good show on Netflix.