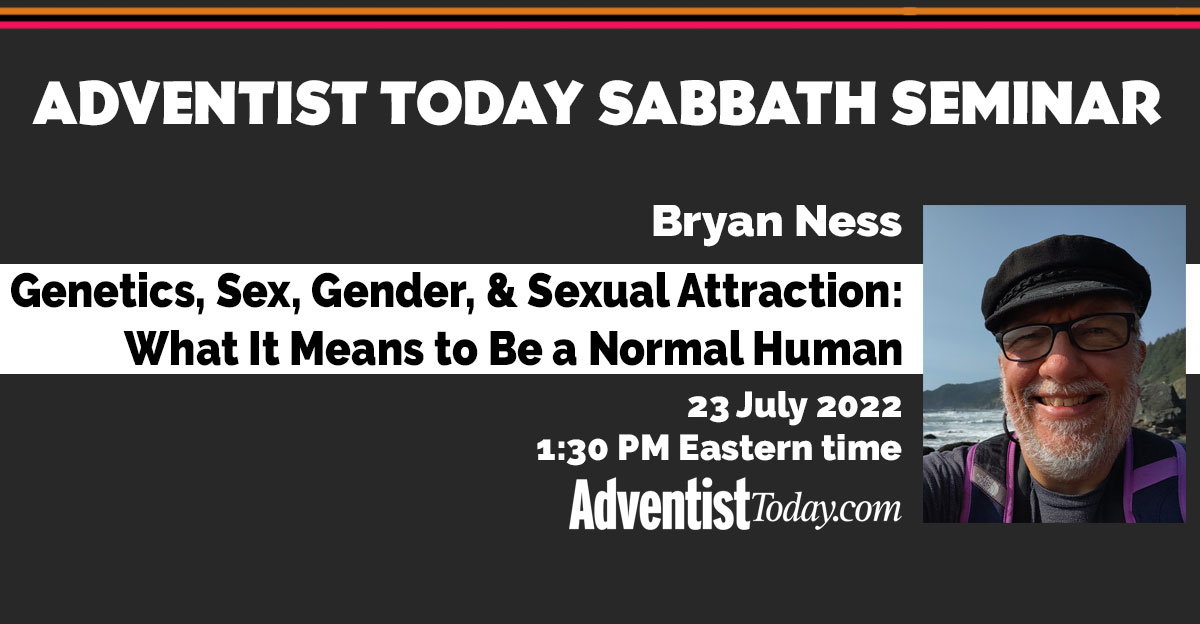 Many people assume that human sex and gender is binary, and that the normal outcome of reproduction and development is distinctly male or female. Likewise, it is considered normal for individuals to be sexually attracted to the opposite sex. Adventist believers typically consider this to be the way God created humans, as it says in Genesis, “male and female he created them” (Genesis 1:27, NIV). That humans pair up heterosexually is also considered God-ordained. “That is why a man leaves his father and mother and is united to his wife, and they become one flesh” (Genesis 2:24). Any other outcome, such as intersex or trans individuals, is abnormal, and the result of the fall of Adam and the entry of sin into the world. Same-sex attraction is typically considered equally abnormal, and even deviant and sinful.

Yet God created humans, and all other living organisms, with genetic systems that are designed to change and produce diversity. The diversity we see in the human family is the result of genetic changes, called “mutations” by geneticists, that have accumulated over time and spread throughout the human population. Many Adventists consider the process of mutation in DNA to be the result of the entry of sin into the world, but this is to misunderstand the role of mutations. Without mutations, not only would there be no detrimental genetic traits such as hemophilia and phenylketonuria, but there would also be no variation in traits such as hair color, eye color, psychological temperament, body shape, and so on. Mutations are essential for producing the wonderful diversity we see in all living things.

Modern genetics research has increasingly supported the contention that physical sex, gender, and sexual attraction are significantly influenced by genes. Based on the complexity of the developmental and genetic processes that take place between zygote formation and birth, it would be a surprise if no one were born trans, i.e., individuals with all the physical traits of one sex but who mentally and psychologically see themselves as the opposite gender. It would be equally surprising if there were no individuals born who are inherently attracted to individuals of their own sex. Both outcomes are considered normal, part of the normal spectrum of sexual and gender expression. Certainly LGBTQ+ individuals are less common, but they are not abnormal or unnatural.

Despite the traditional interpretation of a scattering of “clobber texts” that are assumed to prohibit gender nonconformity and same-sex sexual relationships, the Bible gives little to no direct guidance about how LGBTQ+ individuals should be treated by believers, and certainly does not support condemning such individuals as sinful. From New Testament times until quite recently, LGBTQ+ individuals were simply assumed to be engaging in self-chosen, sinful, deviant behavior that was abhorrent to God, and thus such individuals needed to be excluded from the community of believers. More recently, as it has become clearer that being gay or trans is inborn, and therefore not a choice, the church has made room for some LGBTQ+ individuals, at least in the North American Division, if they remain celibate for life.

Given that being LGBTQ+ is largely inborn, heavily influenced by an individual’s genetics, it seems unfair to place the burden of celibacy on such individuals as a requirement for church membership. Since being gay or trans is biologically normal, and there are no inherent moral arguments against gender nonconformity or same-sex sexual behavior, LGBTQ+ individuals should be allowed to embody who they are, including being allowed to marry whom they choose. By requiring trans individuals to forgo gender transition and demanding that gay individuals remain celibate, we are asking them to not do what is natural for them. Rather than looking down on LGBTQ+ individuals as being sinful when they embody who they are, we should be celebrating the diversity of gender and sexual expression that has resulted from the genetic systems God created. By recognizing the naturalness of the full spectrum of gender and sexual variation in humans we affirm the humanity of all individuals and recognize that each of us is beloved of God, just as we are.

Bryan Ness is a professor of biology at Pacific Union College.

Randi Robertson is an instructor/pilot for JetBlue Airlines. She teaches at JetBlue University at Orlando International Airport.

One-click link: https://us06web.zoom.us/j/87542661536
Passcode: About all most people know about this Old Testament prophet is his psychedelic visions of spinning wheels within wheels “way up in the middle of the air.” SEVEN CHARACTERS, ALL CAPS.

The class is intended to last about 2 hours, though the conversation often continues to 4 PM (Eastern time). 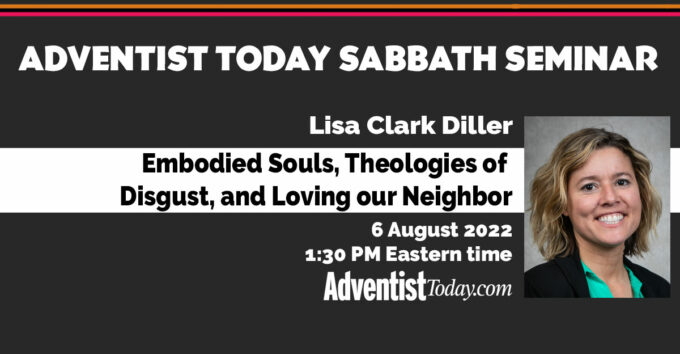 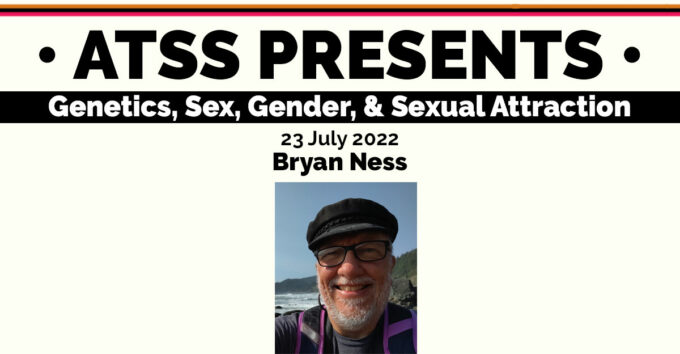