Are We Flexible Enough to Carry Out God’s Plans? 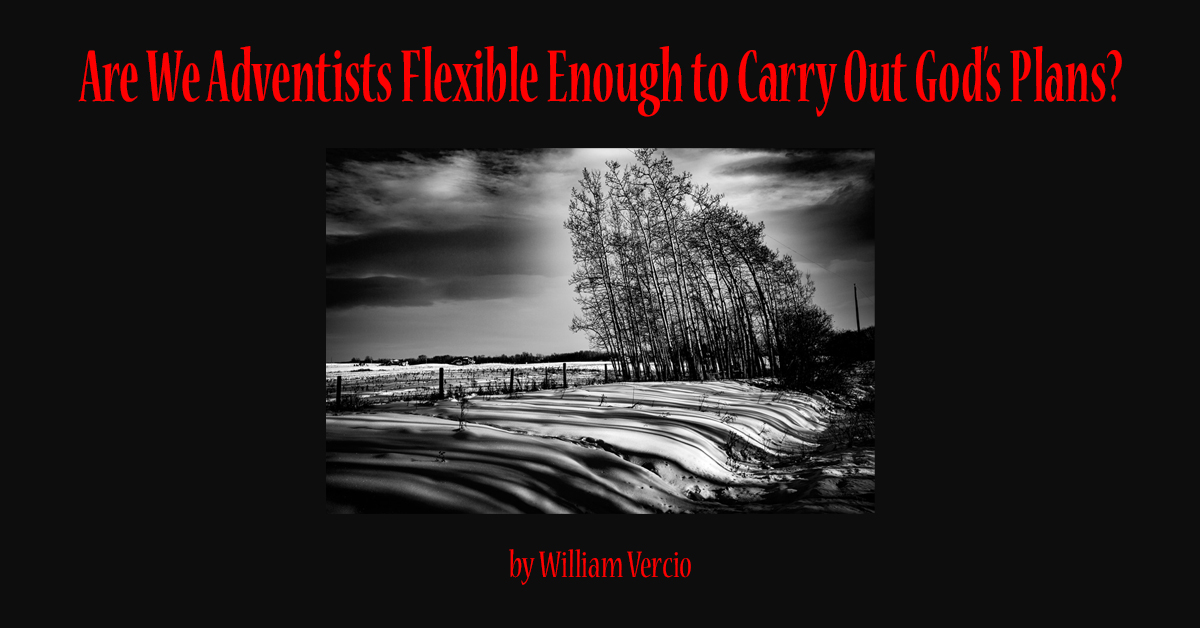 I went to Seventh-day Adventist schools through medical school, and I value the benefits I received in denominational education and many of the things I learned in the church. But sometimes writing things down clarifies thinking (which is probably one of the reasons for the Psalms) and here, my response to this question was enlightening to me. My response was something like this: “I don’t believe the Seventh-day Adventist church teaches the grace Jesus taught, and I think it is so calcified it may not be able to make the changes necessary to keep up with God’s plans.”

I hope that assessment is too pessimistic, but recent actions of the church and church leadership make me wonder. Clearly there are some in the church who live in grace, and many who long for a grace greater than the church teaches. And they will be satisfied. But a large majority seem to be willing to settle for approval of church leadership and defending the “old landmarks” of faith. Codifying our beliefs is more important than looking forward with anticipation to what God is going to do next.

Just a couple of examples of the church’s current direction are the vote on women’s ordination, the accusations of rebellion towards those who disagree with the church’s voted position, and the “unity” documents that have been disseminated (at the last minute) at Annual Council and are currently under formulation.

For many people, it’s too scary to believe in grace alone as a means of being right with God. For these, it is much more comfortable to base their security with God on believing the right things. The Adventist church seems to have been based on beliefs from the beginning: believe in the Sabbath, believe in the pre-Advent judgment, believe in a short-term hell, believe in the Ten Commandments, believe in the Father, Son and Holy Spirit as co-equal God(s), believe in a six-day creation, and that makes you a member in good standing of God’s church and assured of a home in heaven.

This was not the position of Paul, who said “Believe in the Lord Jesus Christ and you will be saved,” or of Jesus Himself, who said, “Whoever hears my words and believes in the One who sent Me has eternal life. He will not enter into judgment but has already passed from death to life,” and “Truly, truly, he who believes has eternal life.” (The emphasis is inherent in the Greek language, which I don’t speak or read, but is described in The Discovery Bible.) It seems like a much more nebulous thing to believe in Someone without clearly defined expectations or rules, than to give mental assent to five or six or 27 or 28 beliefs. But, the first carries with it the power of God; the second sets truth into cement and in essence prohibits all further expansion of knowledge or understanding of truth, for it implies that God can be contained in intellectual beliefs.

Try relating to your wife or husband or your kids intellectually and see how far that gets you. Without emotional connection there is no real relationship. Try keeping your wife or husband or kids in the box constructed of your intellectual beliefs about them for the rest of their lives—or just for the rest of the week. Healthy individuals refuse to be limited by someone else’s beliefs about what they should be like. People need to grow to be healthy, whether adults or children. God, the Being who told Ellen White that human beings were designed to grow infinitely, without limitation, is appalled at our mental and emotional stagnation as we try to establish the church on a platform of beliefs instead of an ever-expanding living relationship with Him.

Let’s look for a minute at how the church’s focus on belief leads directly to the events I described above. In the “belief system” the important thing is to know the right thing to believe and then defend and push that belief. Those who voted against women’s ordination searched the Scriptures until they found the key text that would support their belief, and pushed that belief as truth to the rest of the church. Their eternal salvation depended on finding and holding onto that correct belief. There is no room in that kind of system for the possibility that God Himself might change His position as the world changed. Whatever worked in Biblical times would be the only way things could ever be, no matter that Jesus Himself changed the focus of the message over time.

Jesus said ten times in Matthew alone, “You have heard it said …, but I say …,” Now, clearly, Jesus was the one who “said” it back in the day, and now supplanted His own words with a different direction or perspective. The importance of this is hard to overemphasize in this church in this day, because if Jesus could change His message to further God’s plan 2000 years ago, what makes us believe He is stuck in concrete now? If we are stuck in concrete by our dependence on a correct belief system, we will miss the bus.

The story of the Ten Virgins demonstrates this vividly. All of the virgins shared the belief that the Bridegroom was coming that day, but five of them had the Holy Spirit which the others lacked, and the presence of the Holy Spirit changed them in a way that Jesus didn’t have to say to them, “Truly, I don’t know you.” You can hold a belief about someone without knowing them, but you can’t get into the kingdom without knowing God. This theme is repeated several times in the New Testament, including the story of those who bragged to God about their great works and accomplishments in Jesus’ name (Matthew 7), but the reply was the same, “I never knew you.”

Can the church be changed from its focus on belief to a focus on relationship with Jesus? God only knows. But if there’s one thing history teaches us, it’s that religion (just like business corporations) always looks for a way to make things comfortable by focusing on beliefs and behavior (a complete subject in itself) and that God has to bring people out of that quicksand into a new entity which is temporarily fluid and living enough to move us into new territory.

God, however, can do miracles and even though the entire church will never make the change it is possible that enough of us can focus on God to bring it back to life. May God have mercy on us sinners. 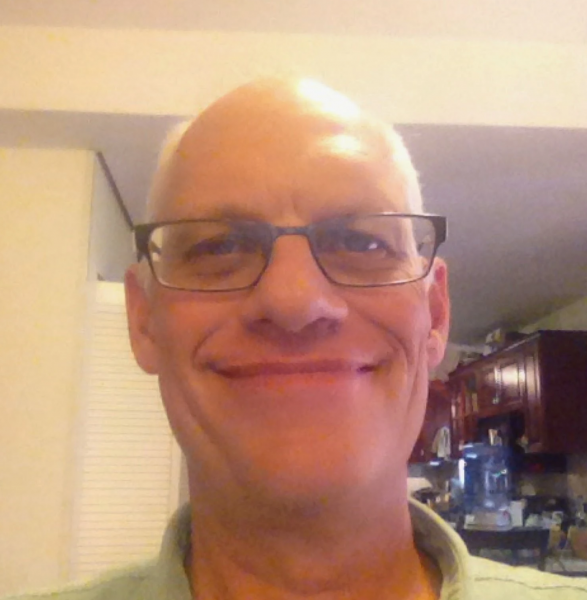 William Vercio is an Adventist physician who says he’s “had enough experience with real life and the church to be forced to look at life and issues in a different way than the way I was raised.” He lives in Guam.