Are Adventists the Custodians of All Truth?

All religions build their theological framework on what they believe to be absolute truth or truths. These identified truths are passed down from one generation to the next explicitly through creeds and often, implicitly, through other aspects of religious life. They are buried deep in the music, literature, worship structure, and many other religious life aspects, such that every time one engages with the religion, some part of it is again deposited deep into the soul.

As a third-generation Adventist growing up in Zimbabwe, an unquestionable philosophical concept of truth was nailed into my subconscious mind: that the Adventist Church is the repository of all truth and, thus, the custodian of all truth.

This idea was buried deep in my soul, and many others, every time the Sabbath School lesson was taught. It was sprinkled liberally into every conversation, sermon, prophecy seminar, and story. One of my favorites was of Joseph Bates, especially when he met James Madison Monroe Hall by the old bridge across the Acushnet River. James cried out to Captain Bates, “What is the news, Captain Bates?” To which Bates energetically and triumphantly responded, “The news is that the seventh day is the Sabbath of the Lord our God!”

While many things are rightfully “truth” in our Adventist theological frame, the question remains: are we the custodians of all truth?

Rabbi Lord Jonathan Sacks once pointed out that it was the 12th-century Muslim philosopher Ibn Rushd, commonly known as Averroes, who first made a religious argument for freedom of speech. His views influenced the 16th-century Rabbi Judah Loew of Prague, who liberally and openly quoted Averroes’s ideas. In 1644 John Milton picked up the same line of argument in his famous speech on the Liberty of Unlicensed Printing. And in 1859, the secular humanist John Stuart Mill echoed that view. Rabbi Sacks says, “I found it moving how first a Muslim, then a Jew, then a Christian, then a secular humanist, came together to agree on the importance of free speech and the dignity of dissent”.

Adventists are strong supporters of free speech. A statement entitled Freedom of Speech and Defamation of Religion was approved and voted by the Executive Committee of the General Conference on June 23, 2010. This statement was later released at the General Conference Session in Atlanta, Georgia, on June 24–July 3, 2010. The statement argued that “the Seventh-day Adventist Church strongly supports freedom of speech in general, and freedom of religious speech in particular”.

So with all this in mind, who is the custodian of truth? Is it Averroes, Rabbi Judah, John Milton, John Stuart, or the Seventh-day Adventist Church? We have not discovered all truth on our own.

Let us take, for example, the health and temperance movements championed by the likes of the Reverends Charles Fitch and Sylvester Graham (this latter a Presbyterian minister) among many others in the early 19th century. It was later adopted, contextualized, and preached by the Seventh-day Adventists in the late 19th century, until today. Is it reasonable for us to lay claim to the entire health message, as some seem to do?

What becomes clear as one considers these matters is that all truth is God’s truth. The truth not only belongs to God, but it is a part of His essence. Truth exists because God exists. We believe, and rightfully so, that God is love (1 John 4:8); God is also truth (John 14:6).

To Christians, truth is not a collection of set beliefs, but a Being, Jesus the Messiah. We, as a church, are not the custodians of Jesus. We are certainly not the only ones to attempt to understand the essence of God through Jesus. God has graciously written His character of love in the hearts and minds of many, and we ought to be able to embrace Him even when He comes through a different source.

Understanding that no one group holds and controls all truth helps us appreciate and celebrate our common humanity above our religious peculiarity. This should improve our relationships with other faith groups. Our interactions with them will begin to resemble a mutual unaggressive, respectful learning relationship, not an ideological verbal warfare where people batter each other with perceived facts.

Knowing and appreciating that we Seventh-day Adventists are not the owners of all truth will also help us in our missiological efforts, too. As we go out to share our hearts’ convictions, we will be open and ready to incorporate our truths with the truths we find already established in the mission field.

This is not what we’ve always done, though. There are stories of missionaries participating in ethnocide so as to have their truth, and only theirs, adopted as The Truth. H. J. Detwiler, a missionary at the Solusi mission in Rhodesia (modern-day Zimbabwe) once wrote in The Advent Review, “It is surprising to see how these sons and daughters of the Dark Continent,” (a term propagated by 19th-century European settlers as meaning unpopulated, therefore giving them permission to populate it with white Christians) “many of them only a step from heathenism, appreciate and understand the pillars of faith in this great message”.

Detwiler—a product of his time—saw everything practiced by the indigenous people as a dangerous flirting with heathenism. He appreciated their acceptance of Adventism, but he refused to understand and embrace their cultural identity.

Understanding that God has written His laws and His character of love in even the hearts of the indigenous people would have changed the missionaries’ approach. Everyone could have mutually benefited in the relationship. This failure to understand that all truth is God’s truth had similar catastrophic outcomes in the interactions between Europeans and the peoples of North and South America.

As we can see by now, the great tragedy that comes with embracing the idea that we are the custodians of all truth is that that philosophy works against what we stand for as a Christian movement. Instead of aiding the message of a loving God, a God who is not at war with people, but who desires a relationship with us, it instead makes the church the center and focus of the mission, but the church consists of flawed human beings who in themselves have no power to save. In this respect it fails to deliver for the church.

I think we Adventists would do better to regard ourselves as in alliance with all the truth-tellers and truth-seekers in the world, including our fellow followers of Jesus. 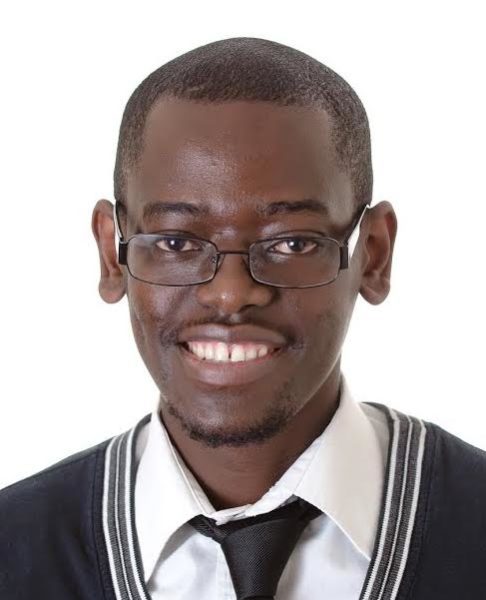 Thandazani Mhlanga is a pastor, educator, orator and author serving the Osoyoos Church in the British Columbia Conference. Pastor Thandazani and his wife, Matilda, have been blessed with three daughters, who are the joy of their lives and their highest calling. His website is themscproject.com.