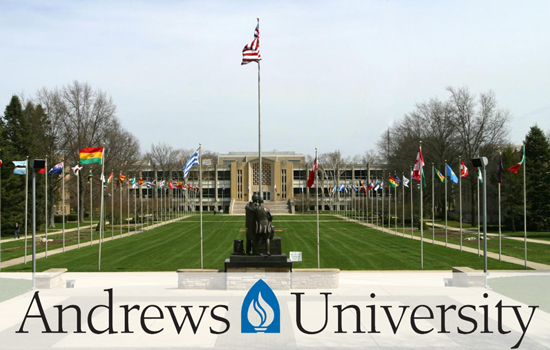 September 17, 2017:   The 2018 U.S. News Best Colleges rankings have listed Andrews University as sharing the #1 spot for being one of America’s most ethnically diverse national universities.

An Andrews news release stated that a decade ago, the university ranked 13th in the same diversity category.

Andrews University President Andrea Luxton spoke to the new ranking saying “in a global and diverse environment, a university community that reflects those realities offers an unparalleled opportunity for university students who are preparing to change the world; this is a core aspiration of our university’s mission statement: Seek Knowledge. Affirm Faith. Change the World.”

Luxton added that the institution was “proud to be ranked by the 2018 U.S. News Best Colleges as a joint number one national university within their annual rankings for Campus Ethnic Diversity. In addition, as one out of every five of our students comes to study from outside the United States each year, we’re also proud to be recognized as the 11th ranked national university for schools with the most international students.”

The #1 Campus Ethnic Diversity ranking comes in the same calendar year as the creation of a brand new administrative role at the university.

In July, Michael Nixon, an alumnus of Andrews University, was named the institution’s first Vice President for Diversity & Inclusion.

The Andrews VP for Diversity & Inclusion role stems from promises made by the university after a student-produced video was posted on Facebook in February alleging pervasive past and current racism at the institution.

In the video, African American students called on Andrews to apologize within a week for the “systemic racism it has perpetuated on its campus.” It quickly went viral.

The institution responded in less than a week with a well-received speech by Andrews President Dr. Andrea Luxton and a video containing an apology from the university, as well as a series of promises.

One of these promises was that the role of Vice President for Diversity and Inclusion would be created.

Andrews University is an Adventist university in Berrien Springs, Michigan. It was founded in 1874 as Battle Creek College. It is the first higher education facility started by the denomination and serves as the flagship university within Adventism.