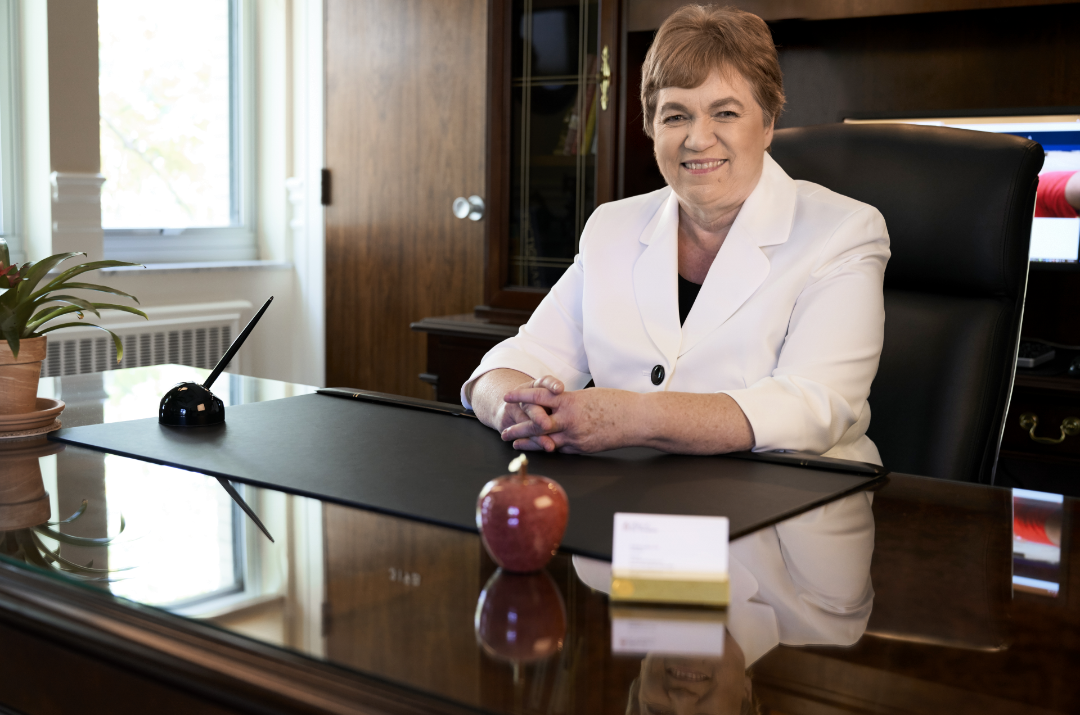 February 23, 2017:     Today the administration, faculty and student leaders of Andrews University responded to the video produced by a group of African-American students last Sabbath (February 18). “We are thankful you have spoken directly, honestly and from your heart. We want you to know that we have heard your legitimate concerns,” the response video begins. It includes repeated statements from Dr. Andrea Luxton, the university president, including specific pledges designed to address specific concerns expressed in the earlier video which Adventist Today reported on Sunday (February 19) with a link to the video.

The new video agrees that there has been a history of racial injustice at the Adventist denomination’s leading institution of higher education. “We have been guilty of racial bias, of making our faculty, staff and students of color feel ‘less than,'” the video states. “Explicitly racist acts committed against black students has been part of our history,  including cross burnings on our campus in 1969 and 1974. … Even today, our minority students have been misunderstood and marginalized.”

There are personally stated apologies from university administrators; Dr. Janet Ledesma, chair of the faculty Senate; Ashley New, president of the student association; and others. Garrison Hayes, representing the Black Student Christian Forum on campus, pledged to hold the university accountable for the pledges made in the video. Dr. Dwight Nelson, pastor of Pioneer Memorial Church on the campus, and Pastor June Price, the university chaplain, also included statements promising to hold the institutional leadership accountable and pray for God’s healing and reconciliation.

The pledges made in the video by Luxton as the university president include: (1) “Listening to the voices of those who continue to be treated unjustly, including those other marginalized and minority groups.” (2) Hiring a full-time senior level administrator to focus on diversity, an officer who will report directly to the university president. (3) Diversity training will be required of all faculty, staff and students. (4) “We will continue to diversify our faculty, staff and administration.” (5) A stronger grievance process that allows students to simply and directly report injustice and mistreatment of all kinds and seek resolution. (6) “We will also seek to understand, celebrate and honor the ways we worship.”

On Tuesday, Nelson and Price asked the faculty, staff and students to join in fasting and prayer from 7 pm yesterday to 7 pm today (February 22-23) in preparation for special chapel services this morning and this evening (February 23). Many are praying that this will bring real reconciliation in a community that is one of the most diverse in America, reflecting the global reality of the Adventist faith.

Sources have told Adventist Today that the story actually began with a sermon preached on campus on February 9 by Pastor Jaime Kowlessar, senior pastor at City Temple, an inner city Adventist congregation in Dallas (Texas). Kowlessar expressed the feelings of many young adults and ethnic minorities across the United States, “bewildered, confused, flabbergasted, astonished” that “Americans elected a racist, xenophobic and misogynist man in Donald Trump as President.” He likened the reaction of minority young adults to the recent election results to the Children of Israel taken in bondage to Babylon by Nebuchadnezzar, including the weeping in Psalm 137.

The sermon was evidently quite shocking to some white students attending the chapel service. They were evidently not familiar with the way African-American preachers in all denominations include illustrations from current events in their sermons in order to identify with the real feelings and concerns of their listeners. They also evidently did not understand the widespread very negative feelings among ethnic minorities and young adults, including many Adventists; the level of fear resulting from the election of Trump.

Complaints from students, mostly white according to sources, led to Luxton apologizing for the mix of political comments into a chapel sermon during chapel the following week; last week. This led to the video by a group of African-American students on February 18 which Adventist Today reported on Sunday.

“This situation has become public, but I would guess that similar tensions are playing out in Adventist congregations across the United States,” a veteran American church administrator told Adventist Today. “This is one of the most divisive elections in the lifetime of today’s Americans and it has brought out strong feelings among Adventists on both sides, and predictions about end-time parallels and possible prophetic meaning. This is the way American Adventists have always related to contemporary political events.”

The featured photo with this article is that of Dr. Andrea Luxton, the president of Andrews University.

The new video from the Andrews University leaders can be viewed here.