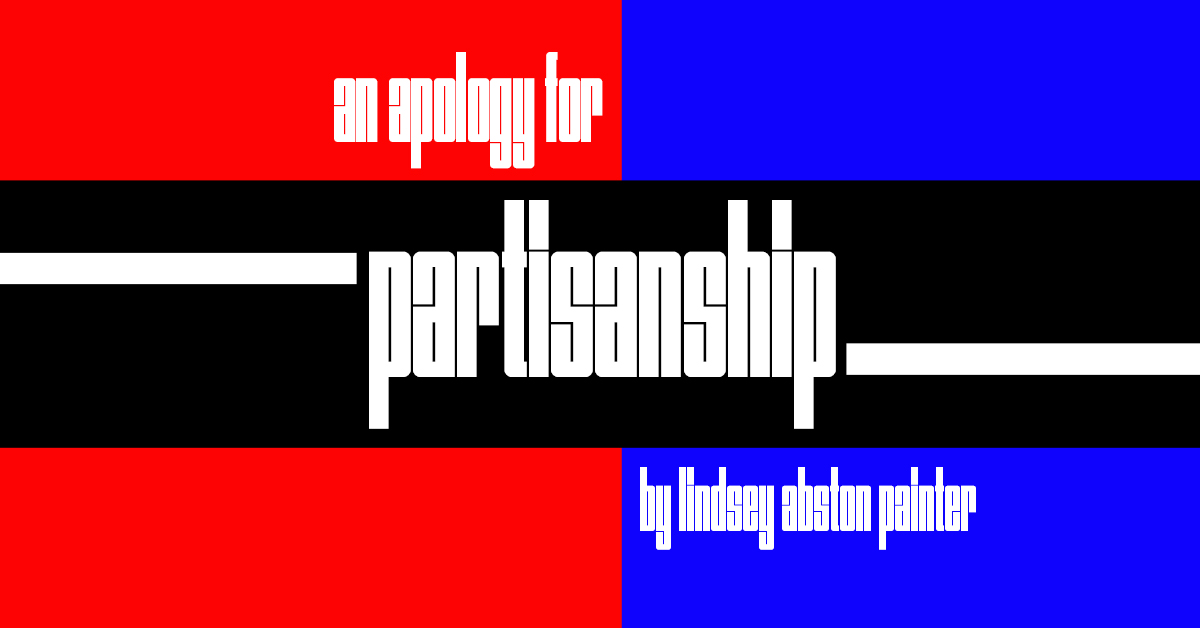 “Moderation in all things” is a phrase my mother taught me. And I believe it applies to most things in life. Eating healthy, for example. I believe that most of the food I consume should be healthy, but it’s okay for me to have a chocolate truffle sometimes. There’s an extreme side to healthy eating that falls back into the unhealthy category—at least mentally and emotionally. Chocolate truffles are life affirming. On some level, denying myself a treat once in a while becomes unhealthy again.

And exercise. We have all seen or heard about the extremes on either side of the exercise spectrum. Sloth is to be discouraged, but so are those people doing Crossfit who damage their bodies beyond repair with over-exercise. I’ll take my yoga three to four times a week as a nod to moderation in all things.

My mother is a wise woman.

And yet, there are times when moderation in all things does not apply. As I ponder the political battles happening both within and outside the church, I often hear something along the lines of, “Well both sides are extreme, what we really need is to find a solution in the middle.”

This is a compelling argument. Moderation in all things! It’s easier to believe that both sides have gotten so extreme that they’re both wrong and the answer lies somewhere in the middle.

But does that argument really work in all cases?

What about when one side wants to take away someone’s right to love, live, or have families? Was there a moderate position to take between slave owners and abolitionists, for example? “Those abolitionists are just so extreme! Surely both sides have valid arguments.” No. One side believed that humans were property. There’s no middle position. One side was wrong.

Let’s get a little more personal here. Is there a moderate position between people who would affirm women’s equality with men as ministers in the Seventh-day Adventist Church? We have tried the “separate but equal” nonsense with commissioning vs. ordaining. How did that moderate solution work out for us?

When it comes down to it, there’s no moderate solution when one side refuses to affirm or accept a marginalized group’s right to equality. So here’s my salute to partisanship!

Don’t get me wrong: partisanship can make people act dumb. There’s no doubt about that. It’s frustrating and counterproductive to argue with someone who simply takes the position of whatever side they’re on and doggedly refuses to listen to reason of any kind. That’s another article by itself. That’s not what I’m talking about here. I’m talking about when one side is trying to deny another group the right to life, liberty, and the pursuit of happiness.

Being a moderate is easy when you’re not the one being oppressed. When it isn’t your equality and humanity that is being questioned and debated. Which is why I’ve come to think that “moderation in all things” when it comes to politics, is a result of privilege. When my children are safely tucked in bed at home it’s easy for me to call for moderation as immigrant children get ripped from their parents. When my white skin means the police officer will get tools out of his trunk to help me with my broken bumper at a traffic stop instead of drawing his gun, (that’s a thing that really happened to me) it’s easy for me to call for moderation in police brutality cases. As a straight person who is comfortable with the gender I was assigned at birth, it’s easy for me to call for moderation, even as the suicide rate for gay and trans people continues to soar.

But it isn’t so easy for me to call for moderation when my church annually denies my equality with men.

Many pieces have been written about the negative effects this women’s ordination debate is having on the church, and people’s personal lives. And I am here to add my voice. That day in 2015 when the church of my childhood, the church that is a part of my identity, the church I have loved and fought for and defended and criticized, the church that was a function of who I am as a person, the day my church decided officially that my authority and humanity isn’t equal with a man’s was the day I broke inside. I remember exactly where I was sitting. What I was doing. I remember the feel of the grass under my feet. The heat of the sun. The disbelief I felt as I watched the livestream and followed the Twitter feed. It was a personal blow. As if a part of myself was rejecting me. And every year after that as my equality and humanity is annually denied, it’s like ripping open a barely healing wound. Try to tell me there’s a moderate position to be taken here. I dare you. It’s been said before, and I’ll say it again: Every day the church continues to deny the equality of women, is a day the church is doing damage to itself and the world.

So here’s to partisanship! At least in those cases where equality is being denied to someone. My mother is still a wise woman. And I will still hold to her moderation in all things mantra when it comes to making personal decisions for my life. It’s really an excellent life philosophy. But when it comes to politics, these are the ideals I will strive for: “We hold these truths to be self-evident that all men are created equal” and “There is neither Jew nor Gentile, neither slave nor free, nor is there male and female, for you are all one in Christ Jesus.” 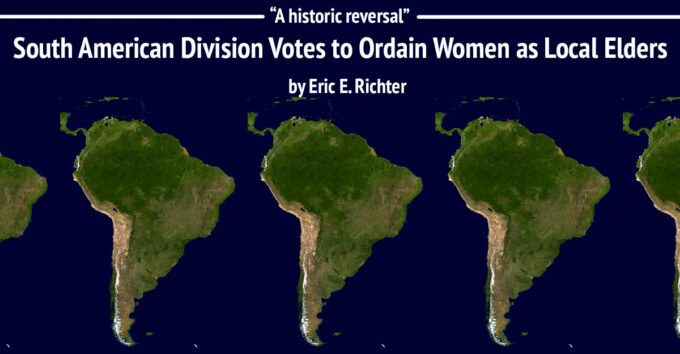 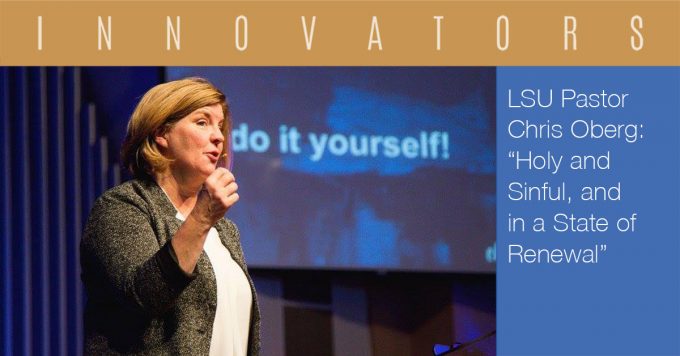 An Interview with Chris Oberg, Pastor of the La Sierra University Church