An Alternative View of Church Unity

By Weiers Coetser, June 9, 2017:      Midway through 2017 we find ourselves, for better or worse, on the rutted and pothole-filled road of “church unity.” The landscape that this road tries to navigate has been defined by some as justice. But it’s all very complicated, and here I’m going to try to give you a better lay of the land.

“The beat of justice resonates within you,” said Dan Jackson warmly and reassuringly shortly after the October 2016 Annual Council decision to accept the draft Church Unity document. He was addressing those in the North American Division who felt disillusioned by the Church’s persistent unwillingness to deal equitably and fairly with all its members and clergy—male or female.

But will things take on a different nuance if we look back at our past? Commentators have observed our tendency to co-opt, and collude uncritically, with the dominant socio-political realities of our time. A bird’s-eye view back to the nineteenth and twentieth centuries is in order. We bought into the great American dream. We shaped our global expansion on the same lines. We did it with the same inexorable drive as the most august institutions of colonialism and global capitalism.

Here are some connections between Adventist history and the history of colonialism:

In 1863, when the Seventh-day Adventist church was beginning to take official shape, David Livingstone was still exploring the Zambezi. Much of the African continent had not even been charted. The West was enthralled by stories of adventure purveyed by newspapers who sponsored exploratory journeys through the “dark continent.”

As the Seventh-day Adventist church put down its roots in America, and as the civil war was being fought around the issue of slavery, colonialism was far from a retreating force. Significant swathes of the world were still up for grabs by exploitative entrepreneurs and nation-states. The conditions that the colonial drive created over the next few decades were truly horrifying. Between 1860 and 1910 more than 10 million people would die in the Congo alone.

The Seventh-day Adventist church’s first missionary drive into Africa and the Orient coincided with the height of colonial optimism. Diamonds, gold, and rubber all drew prospectors and businesses to this new frontier to amass a fortune without regard to the welfare of the local nations.

Along with them went our church’s first missionaries on their own project of global expansion.

Along the way we Adventists bought into the worldview that underpinned colonialism.

Along the way, it would be safe to argue, we Adventists bought into the worldview that underpinned colonialism. We exported an American product to the world, laced with the language of a peculiar kind of exceptionalism. In return we were buoyed by the accomplishment of our great commission as the world was transformed by this American/European vision of reality. Seldom did the Church show a deep-seated interest to engage with the cultures that it encountered, to risk being transformed, or to acknowledge the potential for diversity. Additionally, our inspired organisational structure allowed for strong centralised control.

The extent to which the Adventist church mirrored the colonial project deserves to be explored in more depth, but the evidence shows that we cannot claim that we were immune to the ideologies that undermined the fabric of society. The South African church, for example, simply mirrored South African Apartheid. We’ve been slow at setting up centres of leadership and learning in the countries we entered, relying much more heavily on a retainer class of church administrators and thought leaders who had studied in the United States, such as in the halls of Andrews University.

Colonialism insidiously undermined the fabric of the historic communities where we drew our members from. Many argue that patriarchy was a rarity in earlier indigenous societies and was a result of colonial exploitation. Women bore the brunt of the economic and physical violence perpetrated by the colonial project. Think of a system where men are forced to become migrant laborers, in cities that are designed to exploit labour but destroy family bonds. They would return only occasionally to rural areas to bring money and HIV/AIDS infections to the women and girls at home. Did we preach headship theology historically? Perhaps this was a tacit endorsement, validating violent systems of patriarchy.

Colonialism eventually collapsed, giving rise to anarchic political situations in the countries that were under the grip of Western powers for many decades. The West’s exploitation, however, did not end there. Now the international market economy took over, creating the dependencies (sometimes by propping up deeply flawed dictators, or loaning excessive amounts of money to weak nations leaving them forever indebted) and the opportunities for great multinational companies to exploit every bit of wealth that might still be present in these parts of the world.

Turning of the tide

In recent decades, however, the instability that culminated from centuries of exploitation without building healthy societies has begun to bite back. Perhaps the most telling example is the current migrant crisis where Europe and the West is being overrun by the same people whose natural resources and labour they have benefited from over the last five centuries of slavery, colonialism, and globalisation.

“Postcolonial” migrants are now coming with huge needs and stringent expectations. Europe’s response is to be completely perturbed. The European states seem inept in engaging with the crisis in any way other than to protect self-interest. Fences are being erected (literally and figuratively). The response is mostly defensive, trying to find ways to define how the situation should be managed. But the rest of the world now seems unwilling to play according to the Western rules. They keep piling in by the droves. In boat after boat they arrive to claim some of the perceived wealth and stability that Europe and America had benefited from for hundreds of years—at their expense.

Unsurprisingly it seems a parallel phenomenon is happening with Adventism. The global product of American evangelical fundamentalism that we exported to the rest of the world is coming home. I would suggest that this global picture of justice, (or the historic lack thereof) is what shapes the landscape that presents itself on the floors of the General Conference and the Annual Council.

As I listened to the October Annual Council debate last autumn, I sensed that the church still has a long way to go to deal with its colonial legacy.

It was like two ships sailing past each other at night. The one was largely silent. The other was full of sound and fury, but the occupants of this ship did not seem to recognise how radically power has shifted in the church. In the battle for the correct view of justice, meaningful relationships seem to have fallen on the wayside.

What about Ted Wilson?

Those in favour of women’s ordination see Ted Wilson as the one who embodies the fundamentalist drive to enforce unity. If they can make him out to be the pariah, they can still believe that they are busy with an internal theological debate within a Western church with a range of Western theological perspectives.

One commentator recently asked if Ted Wilson does not merely have his finger on the pulse of the church and knows where the power lies and the energy flows. I think that Elder Wilson embodies the challenges that face the church. His leadership has become the focal point of tensions brought about by our colonial legacy. Our real failure seems to lie in our incapability to meet in meaningful engagement across the divisions created by our legacy.

There is a danger that the church will become more fragmented. The Western church could easily dissolve in the face of the results of its own historic legacy, and become invisible. It could continue to insist on its right and ability to define the terms of engagement, erecting more robust boundaries, leaving the rest of the global church poorer. Administrative decisions by Annual Councils and General Conference sessions could become punitive, even more quickly weakening the Western church.

Or we could choose a more hopeful route. We could acknowledge the complexity of the situation and open ourselves up to learn a new set of skills to pursue justice on a broader level. The clarion call of the Gospel will never go away: for us to be big hearted and generous as we encounter the strangers at our gates. 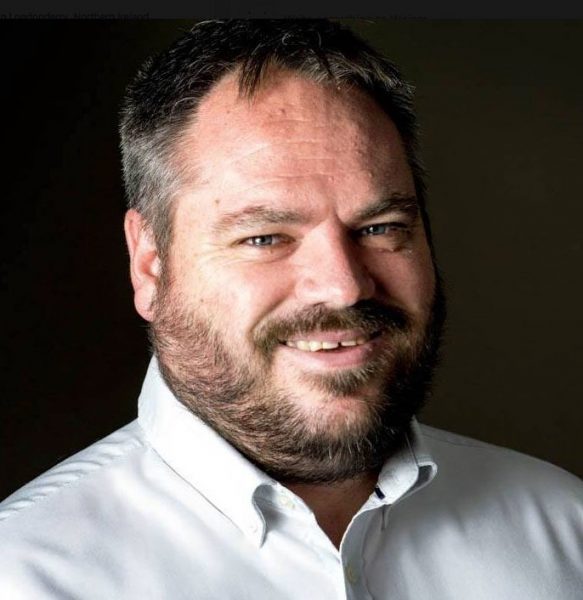 Weiers Coetser, a member of the South African diaspora, is a pastor in the Irish Mission of Seventh-day Adventists. His wife, Simone, is a teacher. He blogs at www.adventistsoapbox.org.

Defending God? Is the Current General Conference President the “President of the Seventh-day Adventist Church?”