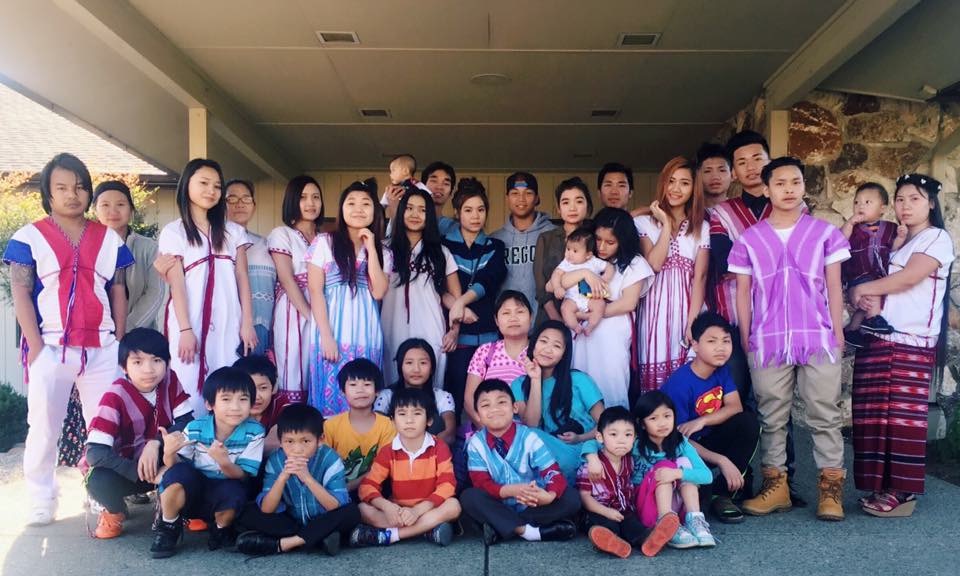 February 2, 2017:     As the attitudes of political leaders in the United States about the resettlement of refugees take abrupt changes, the leaders of the Adventist denomination’s North American Division (NAD) expressed concern and firm support for ministries that serve refugees. In 2015 about 70,000 individual fleeing for their lives from many places around the world were resettled in the United States and many of these were assisted by faith-based organizations.

Thousands of Adventist volunteers are involved in these ministries in local communities across the country. For many Adventists this ministry has particular meaning both because of the refugees who arrive with prior connections with the Adventist faith and because of the instruction of Christ in Matthew 25. “Come, you that are blessed, inherit the kingdom … because … I was an alien and you welcomed me.” (Verses 34-35) This entire passage is set in the context of Christians who are looking for the return of Jesus and is precious to most Adventists.

The NAD earlier this week shared an article by Pastor Daniel Jackson, president of the denomination in North America, that was originally published a year ago (December 9, 2015) by Huffington Post, a major secular news organ. It outlined the Adventist involvement in meeting the needs of refugees and stated the denomination’s commitment to this type of ministry.

One example of this kind of ministry is the work of Pastor Vinh Nguyen in Southern California. He is “very creative and visionary,” said Terri Saylee, Adventist Refugee and Immigrant Ministries coordinator for the NAD. One ministry he started is the printing press in his garage where an outreach magazine in Vietnamese is published and widely distributed across North America. Nguyen also translates and prints Sabbath School lesson quarterlies for several language groups. Some of his church members reach out to international students, several of whom have converted to the Adventist faith, and Nguyen also built a mission center on the El Monte Vietnamese Adventist Church property that was used to train, coordinate, and house the interpreters who participated in the Pathway to Health mega clinic a couple of years ago.

Pastor Desta Gelgelu, the NAD’s church planting consultant for the Oromo language group, had been a college president in Ethiopia before coming to the U.S. He had a burden to plant a church for his language group, many of whom had come here as refugees. Gelgelu soon learned there was not much funding for such things. He went back to school and prepared himself to become a university professor so he could afford to plant a church even without financial help from the church. “His dedication, self-sacrifice, and determined perseverance toward this goal has been incredible,” says Saylee. “He has successfully planted an Oromo church in Minneapolis that has been worshipping in an unheated rented gym for several years! In cold Minnesota!” At first there were classrooms the children could go into to get warmed up, but this year the classrooms were rented to another group and are locked, so Pastor Desta felt it was time to buy a church for which they had been raising funds for quite some time.  They have now purchased a church and are raising funds for the necessary renovations.

“This is a very outreach-oriented congregation that reaches out to the local community in many ways and even goes back to Ethiopia for mission trips every year,” sayd Saylee. “They have translated and printed, with some funding from us, Spirit of Prophecy books that they use in community outreach.”

Samuel Ngala, originally from Myanmar (Burma), is a pastor currently engaged in Adventist church planting in Indianapolis, Indiana. He said that after fasting and praying God impressed on him that he needed to work with refugees. “They are like sheep without shepherds. They need someone to guide them, teach them, work with them. There’s a big need,” Ngala said.

Working with the NAD on church planting among refugees for the past several years, Ngala recently shared his knowledge with others at the recent Adventist Ministries Convention in Tucson, Arizona. “I had a fantastic experience,” said Ngala. “I was able to build a network and at the same time share my passion, which is church planting among refugee populations. The level of awareness and interest is much higher than last time in Monterrey, California [2014].”

Other examples of ministry with refugees include the more than 100 refugees who received $40,000 worth of health care in the form of dental cleanings, extractions, and root canals when the Grand Rapids (Michigan) Central Adventist Church teamed up with the newly-formed Myanmar Adventist congregation and the New Hope Baptist Church to hold a free dental clinic in August last year; the ESL program, computer training, job training, food distribution program, and advocacy for 63 different ethnic groups provided by the Paradise Valley Adventist Church in San Diego (California); the Refuge and Revelation Center in Phoenix, operated by the denomination’s Arizona Conference, the first such center when it opened in September 2014 and has taken a major role in providing services for the thousands who arrived last year; the trip organized last year by Pamela Gammenthaller, nursing professor at Southern Adventist University, with eight other volunteers to deliver backpacks of school supplies to 40 refugee students from Myanmar at Duluth (Georgia) Adventist Christian School; the Rockwood Adventist Church in Portland (Oregon) opening its doors in 2015 to an additional worship each Sabbath in the Karen language, connecting with a group that has also connected with their cultural peers in Seattle, Kennewick, Spokane (Washington) and Boise (Idaho); and many others.

Because of the Adventist heritage of world missions, refugee ministry becomes a natural pattern for advancing the mission of Christ. For example, from 1915 to 1934, Dr. and Mrs. Eric B. Hare served as missionaries in Burma and became a legend of mission stories told at camp meetings and preserved on vinyl phonograph recordings in the 1950s. Burma has seen more than its fair share of wars since then, both external and internal. The name was changed to Myanmar by the new government in 1988. Statistics from the United Nations reveal there are six to seven million Karen people scattered around the world. Many of their villages have been destroyed. Several hundred thousand have been living in refugee camps in Thailand. The Kansas-Nebraska Conference has organized a Karen congregation in America’s Midwest as many of these refugees have arrived there.

As attitudes change among Americans regarding refugees and immigration, “this is becoming another area of tension between predominant American culture and Adventist values,” one veteran denominational leader told Adventist Today. “Adventists operate by our own values and do not always go along with what is popular in the wider culture.”

Much of the information in this story was provided by reports and news releases from the denomination’s North American Division staff and edited by Adventist Today staff. The featured photo is of the Karen group at the Rockwood Adventist Church in Portland, Oregon.