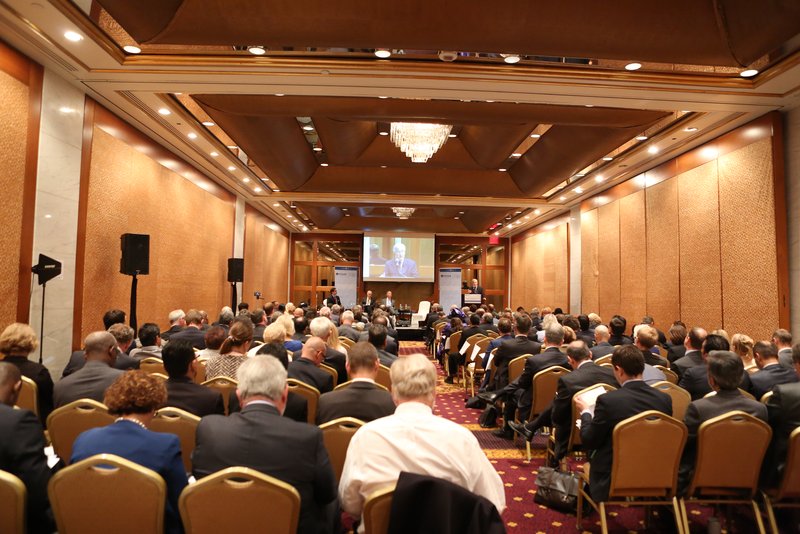 From ANN, September 22, 2015:    Lawmakers from around the world met in New York City last week to call for greater global efforts to end religious persecution and repression. The “International Panel of Parliamentarians for Freedom of Religious or Belief” produced an unlikely alliance of political leaders. Among the more than 100 legislators from some 50 countries was an ayatollah from Iran, Anglican lawmakers from the United Kingdom, a Christian member of parliament from Pakistan, Jewish politicians from Israel, Hindu lawmakers from India, and Buddhist legislators from Myanmar. 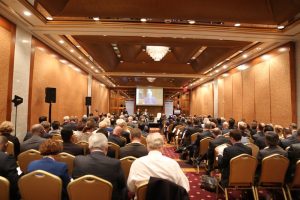 A group of lawmakers from around the world gather in New York City to call for greater efforts to end religious persecution and repression. Credit: ANN/Rohann Wellington

This organization is new to the international scene. It was launched last year in Oslo, Norway, with just 30 legislators, who committed themselves to building an informal worldwide network in support of religious freedom. Since then, the network has expanded rapidly; space at this year’s meeting filled quickly and soon exceeded its 100-seat limit.

Participants at the conference discussed current religious freedom challenges, heard from victims of religious persecution, and explored ways in which lawmakers could raise awareness about the issue within their own national legislatures. The conference concluded with attendees issuing letters to the governments of three countries—Myanmar, Iran and Vietnam. These letters highlighted specific religious liberty abuses, and called on each government to honor its obligations under the Universal Declaration of Human Rights and other international instruments.

Dwayne Leslie, Deputy Secretary General of the International Religious Liberty Association, said this network of political leaders is fundamentally different to many other religious liberty organizations. “First, these are all very influential individuals within their own nations; they have access to other lawmakers and thought leaders, and they have the ability to make their voices heard,” he said.

According to Leslie, the group is also remarkable for the sheer scope of its diversity. Europe and other western nations were represented, but participants also came from Iran, Malaysia, Sudan, Pakistan, Egypt, Senegal, Chile, Brazil, Turkey, Nigeria, Tunisia, and many other countries where freedom to practice one’s faith is compromised.

“In spite of the immense cultural and religious differences between participants,” Leslie noted, “there was a clear consensus around one idea: that in our fight to protect religious freedom we can’t achieve much by working alone, as just one country or one organization. Rather, we need a multinational approach to really begin to address the steady increase in religious intolerance and repression around the world.”

Leslie, who also serves as director of legislative affairs for the Seventh-day Adventist denomination, says the group plans to continue expanding its network of legislators. Furthermore, it has made tentative plans to meet again next year in Berlin. The International Religious Liberty Association, which is headquartered at the Seventh-day Adventist world church building, was one of the supporting organizations for the event. 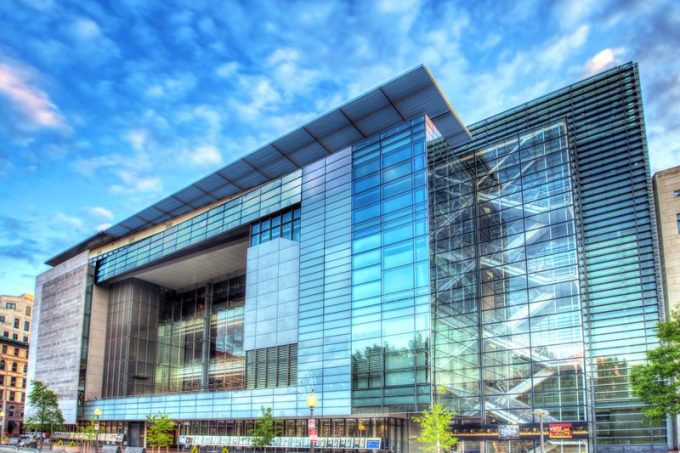