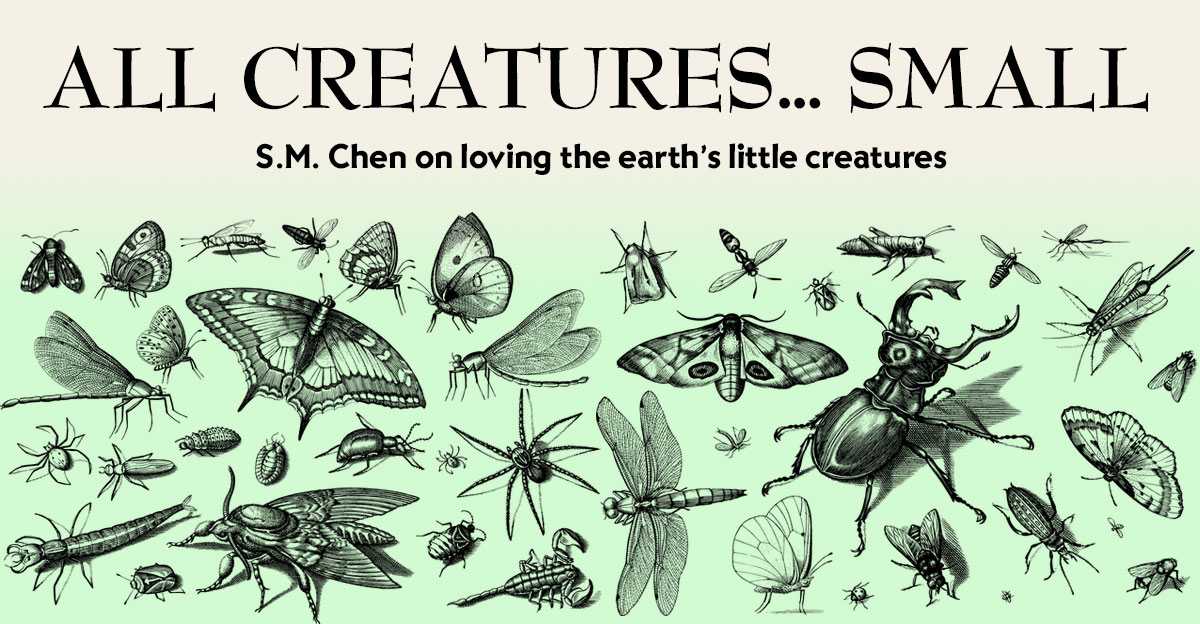 The Australian Open, in February of this year, was chronologically the first of the four major Grand Slam tennis events. During a match in Melbourne between Jannik Sinner (Italy) and Denis Shapovalov (Canada), Sinner stopped play to carefully pick up a moth from the court’s hard surface and deposit it off the court.

Sinner was ranked 32nd in the world, and lost the 5-set grueling match against Shapovalov, but his act of kindness did not go unnoticed. As the story I linked to points out, in the insect world he may be ranked considerably higher. In that world, regardless of the outcome of the match, Sinner was probably a winner.

Readers who play tennis can relate to the distraction of small things on the court. A leaf, an extra tennis ball, an insect – all can decrease focus on other matters at hand.

Insects are most problematic, in that one might hope they will fly away, but they often don’t. So what to do? Killing them is one option, but not an ideal one. Their body will remain and need to be removed.

Plus there are compelling reasons not to kill a living creature.

There are those (mostly from outside the United States) who maintain the moth may be the reincarnation of some person, perhaps a relative such as a grandparent or great uncle. Bees and ants also make their way onto the court and they, too, some believe, may be reincarnations. Folks who believe this say we would be well-advised to treat them kindly, for we, too, may someday end up as they.

While I may not agree with that philosophy, I still believe in reverence for life, wherever it may be found and however it manifests. Sinner did the expeditious, and, to my mind, right thing: he removed the moth from the court without apparent harm.

We are admonished to learn from the ant. And, indeed, if we observe carefully, we can.

Aesop, a Greek slave and storyteller (620-564 BCE), wrote a fable about the grasshopper and the ant. Here is a children’s version:

One bright day in late autumn a family of ants were bustling about in the warm sunshine, drying out the grain they had stored up during the summer, when a starving grasshopper, his fiddle under his arm, came up and humbly begged for a bite to eat.

“What!” cried the ants in surprise. “Haven’t you stored anything away for the winter? What were you doing all last summer?”

“I didn’t have time to store up any food,” whined the grasshopper. “I was so busy making music that before I knew it, summer was gone.”

The ants shrugged their shoulders in disgust.

“Making music, were you?” they cried. “Very well, now dance!” And they turned their backs on the grasshopper and went on with their work.

This may seem churlish of the ants, and the grasshopper may have gotten bad press, but the moral is there for the taking: prepare for the future.

Bees and ants are, in general, social creatures. While they may on occasion be found by themselves, more often we encounter them in numbers. And they behave in a certain manner.

Bees in particular are important to humans. The honey bee is the most important pollinator of crops. It is estimated that fully a third of the food we consume relies on pollination, mainly by bees. Other pollinators include other insects, birds and bats.

Put simply, we cannot live without bees. If there were no bees, it has been estimated humans would have 4 years before they, too, died (this an estimate of no less a thinker than Albert Einstein).

Here are 10 crops that would disappear without bees:

But bees appear to be going slowly extinct. U. S. National Agricultural statistics show a 60% decline of 6 million honey bee hives in 1947 to 2.4 million hives in 2008.

The 3 main reasons are parasites, habitat loss and, some say, cellphones. Cellphone signals are said to cause disorientation and death among bees, and electromagnetic radiation from power lines and cellphone towers disorients birds and insects. Technology may be destroying nature. Unwittingly or not, we may be killing ourselves.

There was a time, I’m ashamed to admit, when I thought little of terminating with extreme prejudice tiny creatures that dared venture on the tennis court. I reasoned it couldn’t matter—or (if a bee or wasp) it might sting me.

But I was likely wrong. It just might matter. And I probably wouldn’t get stung.

In what might be the worst consequence, my attitude and action inured me to a mindset which might seem harmless, but was inimical. If everyone thought similarly and were as callous, the world would definitely not be a better place.

I now think one of the reasons we’re here at all is to do our part to make Earth a better place. To leave it better (or at least no worse) than before we arrived. To learn lessons that may not seem so obvious. To become the best versions of ourselves possible.

I now take the time to gently transport the insect from the court to a safe place away from play. Other players don’t object. I don’t believe they think any less of me for doing that. If anything, the opposite. But I don’t do it for them. I do it for the insect. And for me.

The next time an insect – whether it be a moth, butterfly, or bee – lands on a tennis court, it might do well to land on Jannik Sinner’s court.