No Blacksmiths Allowed! Is Disempowerment a Biblical Principle? 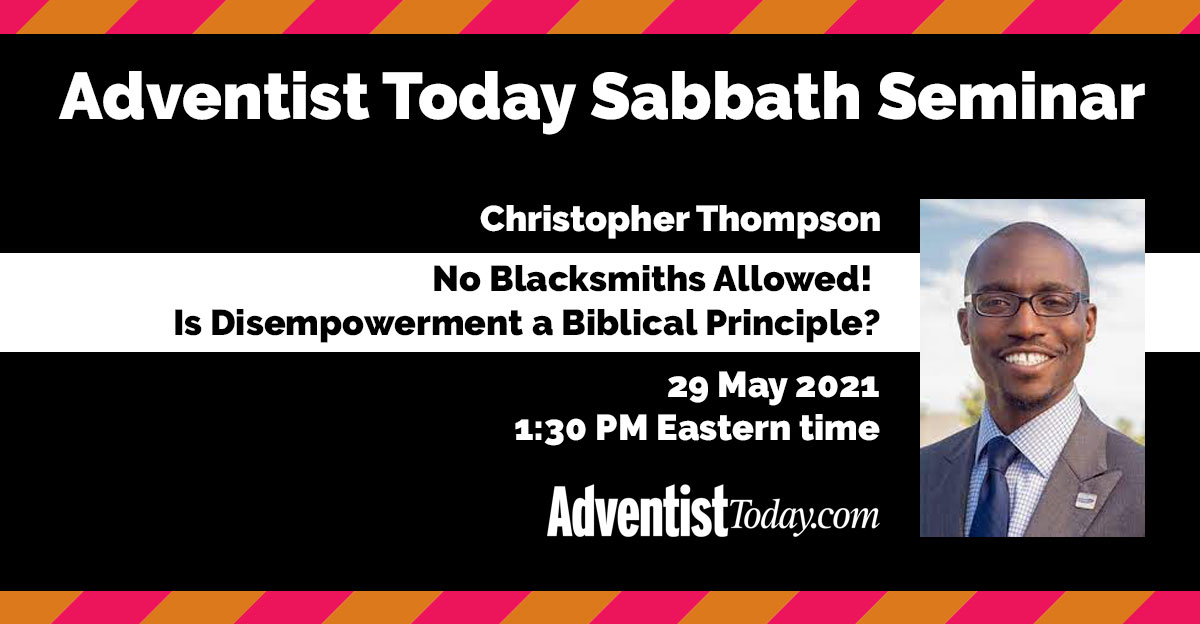 19 “Now there was no blacksmith to be found throughout all the land of Israel, for the Philistines said, “Lest the Hebrews make swords or spears.” 20 But all the Israelites would go down to the Philistines to sharpen each man’s plowshare, his mattock, his ax, and his sickle; 21 and the charge for a sharpening was a pim for the plowshares, the mattocks, the forks, and the axes, and to set the points of the goads. 22 So it came about, on the day of battle, that there was neither sword nor spear found in the hand of any of the people who were with Saul and Jonathan.”    1 Samuel 13:19-22   NKJV

This week’s ATSS conversation will be based on this article by Christopher C. Thompson.

On Thanksgiving Day 2019, I spent the majority of the day on the road. I left home fairly early with my wife, my son, and my nephew. We got on the road and drove eight hours to my hometown: Beaufort, South Carolina. We were in town for a funeral scheduled for the next day. I drove my nephew to his father’s house and we sat down for a late Thanksgiving meal. After we ate, we talked for a few minutes, but then determined to take the fifteen-minute drive across town to my mom’s house, where we’d sleep for the night and get ready for the emotionally taxing day to follow on Friday.

On our way home we saw the sight that every Black man in America constantly fears: police lights in your rearview mirror. There’s a wave of unsettling emotions that happen to every Black man (and every Black or Latino person in general) when those blue lights start flashing. There’s a deep-rooted fear that this will not work out in our favor. Let me first say this: I’ve received warnings before, and once or twice when I had committed multiple infractions. Nevertheless, those experiences are the exception, not the rule. And on Thanksgiving night in 2019, I was not about to have a positive experience.

Officer Wampler approached the vehicle and said that I had failed to signal a lane change. But it was all the other questions that were becoming annoying and frustrating. Where are you coming from? Where are you going? He was asking question after question, but then he started repeating the questions. And now this is becoming very frustrating. But it’s the additional question that he threw in. Have you had anything to drink? Now I wish I could say that I’ve never taken a drink, but that’s not the case. Nevertheless, I haven’t tasted alcohol in easily twenty years.

“No. I haven’t had anything to drink.”

“Has anyone in the car had anything to drink?”

The only people in the car are my wife, my son and I. The two of them have never even tasted alcohol.

“No, sir. No one here has been drinking.”

He went back to his car, and so I held both of my hands outside of the car window so he could see I had nothing to hide. I’m afraid because it’s obvious that he’s making this into much more than it needs to be. Finally, he came back to the car and said that he smelled alcohol coming from the car, and so I needed to step out of the car. He then proceeded to conduct a full pat down and weapons check and a field sobriety test; which I obviously passed…because…I had nothing to drink.

I was angry beyond words. I had tried my best to keep my cool and chill because with the dishonesty of this officer, I was very much mindful that this stop could’ve ended much differently. I was simply trying to answer in a way that would ensure my family and I made it to my mom’s house safely.

I filed a report. Some time later, another law enforcement official called me as a part of an investigation that stemmed from my complaint. A few weeks later I received a letter via email that the investigation was “inconclusive.” I wasn’t surprised. But I was still upset that my holiday evening could be so easily disrupted with impunity. I was upset that this man could wrongfully accuse me of drinking and driving, and there be no recourse and no consequences. But thank God, I made it home. My family made it home safe.

In her book Untamed, Glennon Doyle tells the story of how her father (in a watershed moment during a community meeting) expressed that racism is a network of lies that they have been told and that they learned to believe. Doyle contends that racism is as ubiquitous as the air we breathe, and that we will not overcome it until we recognize that the air is toxic. She closes that chapter with a call to action:

Hidden racism is destroying and ending lives…The fact that the programmed poison of racism was pumped into us may not be our fault, but getting it out…is our responsibility.

Solomon said there’s “a time to tear and a time to mend, a time to be silent and a time to speak, a time to love and a time to hate, a time for war and a time for peace” (Ecclesiastes 3:7-8). Racist structures have existed in this country ever since the colonizers started displacing the natives. When will it be time to start tearing those down and mending relationships? The church has been mostly silent on these issues for an awfully long time. When will it be time to speak up and speak out loudly against injustice? We’ve seen many years of war. When do we get to the peace? We’ve seen the hate. When do we get to the love?

It appears that this is always somebody else’s problem. Not ours.

I‘m even more afraid that the next time I’m stopped by the police that it’ll be my problem—again.

Christopher C. Thompson writes about culture and communication at thinkinwrite.com. He’s the author of several books and an adjunct professor at Oakwood University in Alabama. When not writing, he’s jogging or binge-watching Designated Survivor. He’s married to Tracy, who teaches at Oakwood University. His new book, soon to be released, is Choose to Dream, and you can order it here.

Loren Seibold is the Executive Editor of Adventist Today website and magazine.

This presentation is past. You can watch it here.