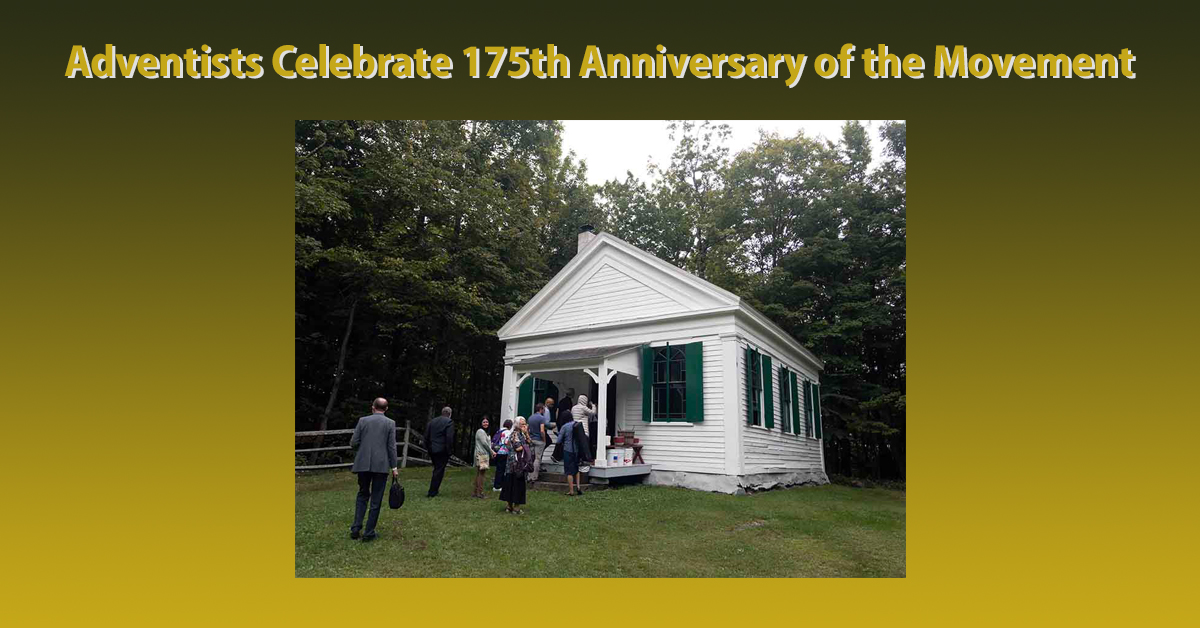 It has been 175 years since the Adventist movement began in the aftermath of “The Great Disappointment” on 22 October 1844. Baptist evangelist William Miller began preaching in the 1830s that Jesus would return in 1844 and attracted the support of an estimated one in ten Americans.

When Christ failed to appear and the Millerite movement fell apart, several small denominations emerged. Today the largest of these is the Seventh-day Adventist denomination with 21 million members, and their children push the full community to 25 to 30 million worldwide.

Several denominational leaders and church historians led out in a commemoration of the historic event last weekend at the Miller farm, home and chapel near the small town of Whitehall, New York. Several hundred people participated.

Communion was held every hour throughout the day on Friday and a number of times on Sabbath because the Miller Chapel only seats 40 people. On Friday there were also bus tours of nearby sites related to Miller.

The event began on Thursday evening with the singing of early Adventist hymns and sharing of stories, led by James Nix, director of the Ellen G. White Estate, and Merlin Burt, a church historian on the faculty of Andrews University.

History and theology seminars were held throughout the day on Friday. Considering the reason for the long delay of the Second Advent, and discussion of Christ in the heavenly sanctuary, were among the topics.

Pastor Dan Jackson, president of the denomination’s North American Division, preached Friday evening; Pastor Dwain Esmond, an associate director of the White Estate, was the preacher on Sabbath morning; and Pastor Ted Wilson, president of the denomination’s General Conference, spoke for the closing gathering as the sun went down on Saturday evening.

The founders of the denomination never expected it to continue 175 years into the future nor become a community with tens of millions of people from hundreds of nations and thousands of subcultures. Local churches around the globe were scheduled by the denomination’s official calendar to observe Adventist Heritage Sabbath this past weekend, but many did not simply because for many Adventists it is a puzzling situation and their faith is not really prepared to embrace it.