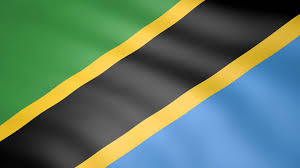 28 June 2018  |  Adventist church members have been arrested in the political tensions that are currently occurring in the East African nation of Tanzania. The country of 56 million has not seen serious upheaval in decades and is the region’s second-biggest economy, reports the Bloomberg business news service. But two murders of political party leaders earlier this year and the attempted killing of a Member of Parliament have made the opposition afraid. “If you criticize the government, ruling party or president your life is in danger,” Bloomberg quoted Salum Mwalimu, deputy secretary general of Chadema, the largest opposition party.

Critics say there is an unprecedented clampdown on dissent in the gas- and gold-rich nation that has remained peaceful as violence has wracked neighboring Uganda, Rwanda and the Democratic Republic of Congo in recent decades. Five newspapers have been suspended since last summer and a journalist investigating the killing of police officers has disappeared. Members of Parliament have been detained after criticizing parliamentary activities.

The violence against opposition politicians is likely to be “the actions of over-zealous” supporters of President John Magufuli reported the Verisk Maplecroft global risk consultants in England. There is an “increasingly constrained and insecure environment” in Tanzania for dissenters.

In this context, Adventist Today has learned that a local church lay leader in Liwale has been arrested for allegedly participating in a demonstration, and at the end of April, Irene Mpaza, a church member in Ruangwa and an accountant for TANESCO, the electric utility for the country, was taken in police custody and later released on bail.

The Adventist denomination in Tanzania has an estimated 800,000 believers, including their children. It is widely known to remain neutral and non-partisan in political matters and the government recognizes that.

Pastor Gibson Mjini, the Adventist leader for the Ruangwa District, told Adventist Today that he is sad to see church members get involved in politics. He has posted warnings on social media that participating in demonstrations may lead to arrest despite the fact that individuals may believe it is their constitutional right. He also warned that they should be careful when making comments on social networks “because every post you post is watched.” He urges church members to focus on the mission of the church and “let go of worldly things.”