Part 1: Adventists Are Not Anti-Ecumenical

In the last couple of weeks a story has been spread on social media about an Italian pastor in the city of Bologna in northern Italy, Giovanni Caccamo, who signed an ecumenical charter as a pastor in the Seventh-day Adventist church. He also preached a short sermon on that occasion to a church full of people of many faiths.

Most of the media comments were about how inappropriate his action was, and even how contrary to Adventism. The Inter-European Division and the Union Conference of Adventist churches in Italy issued statements publicly disapproving of his participation, and reaffirming the Adventist position that we cannot belong to ecumenical organizations.

I’ve been puzzled by these reactions to this event, and saddened by the open and public condemnation this pastor has received. In addition to people not having understood the purpose of the event or read the document Pastor Caccamo signed, the official statements of disapproval appear to me to be somewhat hypocritical, given the church’s history.

The Truth Behind the Criticism

With the help of Google Translate I read this charter document (only to find it later in English on the website of the Conference of European Churches from which the Italian document seems to have been adapted) and found that it is about churches in the city of Bologna agreeing together on a number of points of discussion between them. It is a local document, not binding any other churches in any other cities or countries, nor implying any commitment by the denomination.

The document Pastor Caccamo signed is called a charter, in the sense of a mutual agreement between local churches of different denominations, and is offered by the Conference of European Churches as a basis “to work for understanding, healing and reconciliation, for justice and the protection of minorities and the vulnerable, to safeguard creation, and to promote dialogue and cooperation with other faiths and world views.”

The Bologna document mentions a number of commitments these churches and pastors agree on: to preach the gospel, to continue to dialogue with one another even about difficult and dividing doctrines, to pray for one another and for Christian unity (something Jesus did), to learn more about each other, to work together on common local issues, and various commitments about caring for creation, fighting nationalism and ethnic prejudices, and encouraging better relationships with the Jewish and Muslim communities. The document endorses freedom of religion and conscience for all people in their community, particularly for minority groups.

I find very little to object to in this list of common interests, and I see the response to it as an overreaction. Like many other ecumenical documents it will be forgotten soon, but for the moment it shows goodwill and friendship.

What Pastor Caccamo did in representing his local church is not that different from what many other Adventist church leaders have done elsewhere. Showing genuine commitment to other Christians and sharing common values on common issues is part of what it means to be Christian. I question why more Adventist pastors aren’t involved in such generous and courageous outreach to people of other faiths, stating clearly our commitment to also work together on such issues.

I have been involved in many interchurch dialogues sponsored by the General Conference, and these events have produced good will, have helped others know Seventh-day Adventists better, and have been beneficial for our members in many communities. For 13 years I served on the Commission on Faith and Order for the National Council of Churches in the United States. During those years I got acquainted with many scholars of other denominations and churches. Some became friends and mentors. I presented numerous papers on various topics that we discussed, trying to present as faithfully and cordially as possible a Seventh-day Adventist point of view in a manner they could understand.

The Source of the Misunderstanding

I readily admit, however, that information about these ecumenical activities we have participated in is often exaggerated into conspiracy theories of apostasy. Some preachers and journalists gather followers and make money out of these theories, no matter how erroneous.

In general, the membership of our church appears to believe that the Seventh-day Adventist Church is not and must not be a member of any ecumenical organizations, because to be in any interchurch contact with other Christian communities is tantamount to having some relationship with the Babylon of the Apocalypse, and is harmful to our identity as the remnant church.

The reality is very different, for we are partners or associates in many interchurch organizations. Awareness about these associations may be kept quiet because of a deep-seated and harmful antagonism toward ecumenical organizations. This antagonism is due in part to a few comments from Ellen White about such relationships in her book The Great Controversy, comments that are no longer understood within their historical contexts, and these statements are now part of an end-time scenario that has become infallible and unconditional prophecy.

The antagonism also reflects misinformation about the purpose and goals of ecumenical organizations and church councils. The word “ecumenical” can mean any number of things, from a monthly fellowship of pastors in a village, to a dialogue between two churches over a dividing doctrine, to a national council of churches, to a denomination’s service agency (such as ADRA) working in partnership with the service agency of another church. All these activities are said to be ecumenical, and have nothing to do with syncretism of beliefs, theological reductionism, or the creation of an end-time super-church.

Our History of Ecumenism

Adventists have a long history, going back to the pioneers of our denomination with interchurch ecumenical organizations such as the International Bible Society and other national Bible societies, for which our biblical studies scholars have provided valuable contributions based on our shared love for and dedication to the Scriptures. Early on, in the 19th century, we often made common cause with anti-slavery and temperance advocates, with Ellen White’s approval.

While we Adventists are proud of our contribution to religious liberty, many Adventists may not know that dialogue with other churches on these topics helps us to maintain religious liberty. Religious liberty concerns are part of the dialogue that Pastor Caccamo participated in, and the charter he signed. In this, he is following in the footsteps of the General Conference Public Relations and Religious Liberty Department, which has been involved in such activities over the last 70 years.

Our first official ecumenical dialogue happened from 1965 to 1971, when representatives of the Seventh-day Adventist Church and members of the World Council of Churches held meetings in Geneva. At the time, we decided not to join the World Council of Churches, although we have continued to have contacts with its leaders.[1] We have held meaningful dialogues with the Lutheran World Federation (1994-1998), the World Alliance of Reformed Churches (2001), the Salvation Army (2004-2008), the World Evangelical Alliance (2006-2007), and the Mennonite World Conference (2011-2012).[2]

Also not very well known to many Seventh-day Adventists is the active role some of our church leaders have had in the organization of the annual fellowship of leaders of Christian World Communions. For decades now, the director of our General Conference office of Religious Liberty (Bert Beach at first, then John Graz, and now Ganoune Diop) has been the secretary of this fellowship and has organized the annual event. Each year, for one day, leaders of world communions meet, usually in Geneva, to share with each other events and challenges they are experiencing. One of these meetings was held at the General Conference headquarters.

More recently, another worldwide ecumenical organization was created in an attempt to include many church families that have not yet participated for various reasons in the World Council of Churches. The Global Christian Forum was created in 2000 and has had three assemblies so far. This Forum seeks to offer new opportunities for broadening and deepening encounters between churches and is pursuing this goal through the creation of an environment where participants meet on an equal basis, to foster mutual respect and to discuss and address common concerns.

This Forum has goals very similar to what Pastor Giovanni Caccamo in Bologna was chastised for participating in. Yet Ganoune Diop of the General Conference is part of the executive committee of this ecumenical Forum, and the General Conference of Seventh-day Adventists was one of the original member churches. Ganoune Diop has written a number of articles trying to educate the Adventist membership regarding our participation in interchurch activities, as recently as last December in the Adventist Review.

Have these activities damaged our image or made us more vulnerable to end-time deceptions? I am confident in saying, “No, they have not.” In fact, we should be more active and more involved in such activities, just as Pastor Caccamo has been.

In an interview in the Adventist Review in 2002, Jan Paulsen made the following comments about these ecumenical outreach activities in response to questions asked by William Johnsson.

“For many years we have said, and published in our policy statement, that other churches that lift up the name of Christ and use the Word of God are instruments in God’s hand to acquaint people with salvation. So we need to behave in a manner that shows courtesy and respect for their sincerity. I think it is also very important that we be understood aright by them. Therefore we have got to be willing to meet. For us to stay in isolation and keep incommunicado is a disservice to ourselves and exposes us to all kinds of caricatures.”

“There was a time when we were young and few in number, and others could afford to ignore us. We are now spread in more than 90 percent of the countries of this world and are one of the most rapidly growing Christian churches. Others, including the Roman Catholic Church, are seriously taking note of who we are and are asking, ‘What is it that makes you such a growing community?’ Therefore, since they are saying, ‘Come talk to us. We would like to know a little more about you,’ we must be willing to talk with them and share with them our vision and mission.”

This development has manifested itself already in many countries of Europe. What Pastor Caccamo did has already been done by European Adventist conferences and unions. In France, Finland, Estonia, the Netherlands, Sweden, Switzerland, Belgium, the Czech Republic, Slovakia, England and Germany (to name only a few countries), we belong to or participate in national councils of churches.

Many of these unions or conferences are part of the Inter-European Division that issued a statement reprimanding Pastor Caccamo! This smacks of unfairness. Was it politically motivated—to publicly sacrifice one pastor so the rest of the church can save face and appear on the good side of the conspiracy theorists?

Being part of a council of churches or involved in some local interchurch fellowship is today one way to witness to our distinctive beliefs, as well as to make a positive impact on other Christians and on the life of all Christian churches. Being involved in such activities, forums, or councils is not a mark of apostasy and does not prevent us from sharing our special convictions, but is an active attempt at witnessing positively, and in an environment of respect and genuine friendship with other Christians who also belong to the family of God. 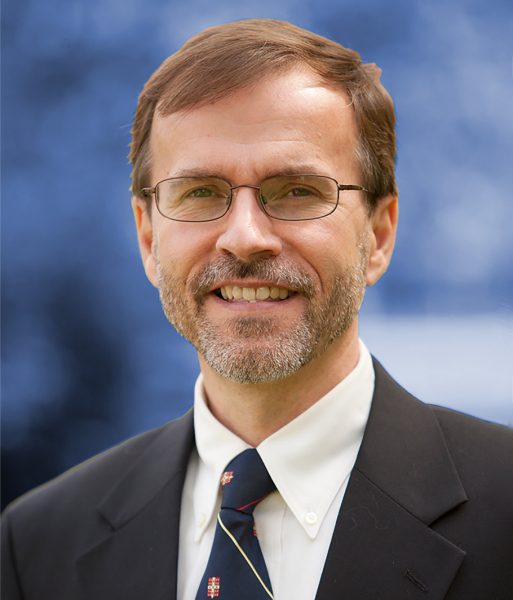 Denis Fortin (Ph.D.) is professor of historical theology at Andrews University and has taught courses on the ecumenical movement for 25 years. He has been involved in many interchurch dialogues for the Seventh-day Adventist Church and has served on the Commission on Faith and Order of the National Council of Churches in the U.S.A. (1999-2013).

Just found out my boyfriend likes porn—what should I do? Ordination and Compliance: Just the Facts