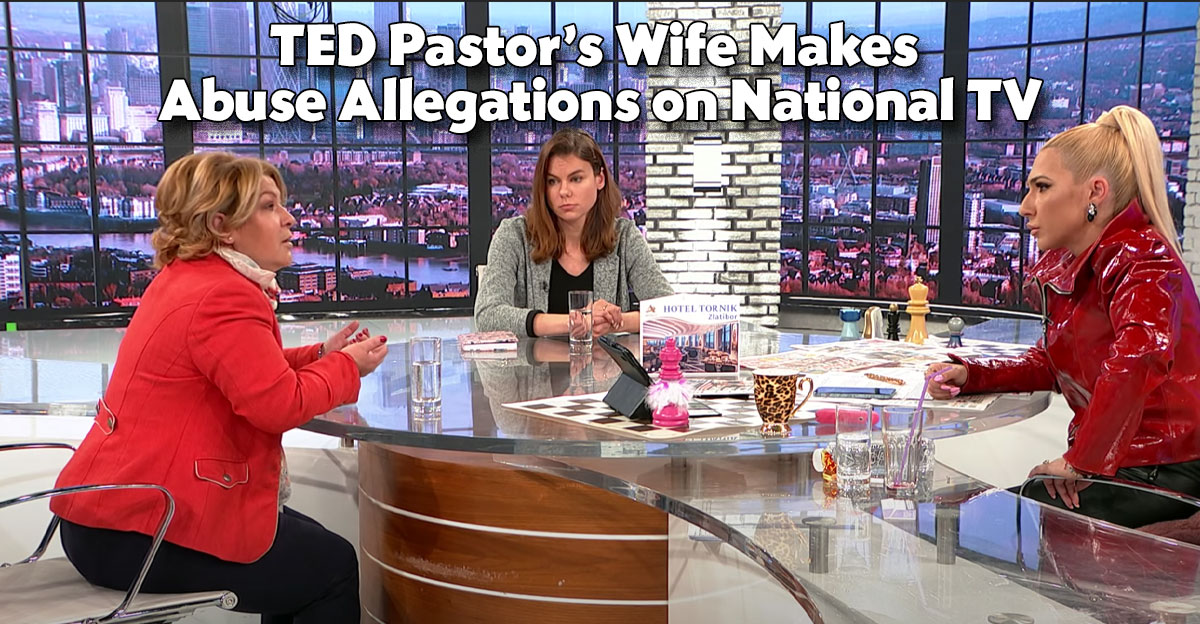 24 January 2022  | Anita Erdeg Trto, a Seventh-day Adventist church member and ex-wife of Caleb Quispe, a former pastor in the Trans-European Division,  said on national television in Serbia that her husband had abused her and her children.

Trto appeared with her lawyer, Ivana Kropf,  on TV Pink (a nationwide Serbian television network) on Jan. 22, 2022, and was interviewed by Jovana Jeremic, a well-known Serbian interviewer. Jeremic’s program has a wide reach in a region where the church is seen by many as a cult.

Trto, who is from Serbia, met Quispe on the internet. The two eventually married, and Trto moved to Peru where she spent six years with him. She said the abuse began in South America.

During the interview,  Trto  said her daughter had contracted a urinary or vaginal infection. Doctors gave medical explanations for the infection, but the infections disappeared when Trto took the children away from her husband.

Trto also said that her husband raped her, sexually molested her and was addicted to pornography. Trto said he was an effective “gaslighter,” and after listening to him for an hour, he could bring her to the point of sincerely apologizing to him.

When Trto told Quispe that she didn’t want to fulfill his sexual desires, he allegedly told her she was selfishly thinking only about herself and not about his needs. She said he told her that he abuses her out of love because she needs to become stronger.

During investigations by a Union Conference of the Adventist church, Trto said a female family ministries director told her that there is no rape in marriage; what she had experienced was sex without mutual consent.

Ultimately, Trto felt no one would listen to her and she had nowhere to go to find help. She contracted ulcerative colitis. She lost weight and physically struggled to get out of bed.

Trto said her husband enjoyed seeing her powerless. She said Quispe told her she was lucky to have him and that nobody else would want her and love her as much as he did.

Her parents helped her to escape when she could not take the abuse any longer.

Trto said her husband wants to take the children back to Peru, but the children live in perpetual fear of him.

Kropf said there are nine judicial proceedings against Caleb Quispe, including: domestic violence, violation of sexual morality, violation of sexual freedom of his then 6-year-old daughter, a lawsuit over custody, plus two official lawsuits against him by the department for high-technology crimes.

However, the cases against him still have not gone to trial.

As of this date, a response from Adventist church leaders in the Southeast European Union Conference is still pending.

(Photo: Anita Erdeg Trto (center) a Seventh-day Adventist church member and wife of Caleb Quispe, a former pastor in the Trans-European Division, told interviewer Jovana Jeremic (right) that her husband had abused her and her children. She appeared on TV Pink, a nationwide Serbian television network, with her lawyer, Ivana Kropf (left) on Jan. 22, 2022.)