Adventist Leaders in Both West, East United States Respond to the New GC Guidelines on Unity and Structure 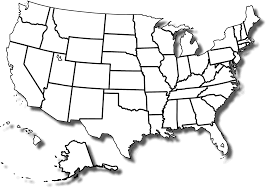 November 23, 2016:      Both the Pacific Union Conference and the Columbia Union Conference, two of the largest union conferences in the Adventist denomination’s North American Division, held executive committee meetings in the last ten days where there were discussions of the “Unity in Mission” document voted by the General Conference (GC) annual council last month. More than a third of the Adventists in North America are members of congregations in these two union conferences where many Adventist institutions are located.

These are two of the largest Adventist jurisdictions where constituencies have voted to end gender discrimination for ordination. Prior to the 2015 GC Session, a constituency session in each of these union conferences voted to open ordination to the gospel ministry to both women and men. In each case, more than 80 percent of the delegates approved this action despite an personal appeal from Pastor Ted Wilson, president of the GC, asking them not to. Many observers have concluded that the documents presented during the GC annual council last month were largely aimed at these two jurisdictions. Ironically, Wilson is a church member in one of these union conferences and his father once served as president of the Columbia Union Conference.

Many members of the Columbia Union Conference executive committee “expressed concern about the intent, purpose and assumptions of the [GC] document, how it was processed, why it is needed, how it will impact the mission of the church … and what will be the consequences of noncompliance,” stated a new release last week. Sources who were present at the Pacific Union Conference meeting this week told Adventist Today of much the same discussion there.

A pastoral letter entitled “To Be True to Our Calling,” was released this week by vote of the Pacific Union Conference executive committee. The entire document can be seen here.

“The Pacific Union Conference is a providential example of unity in diversity,” the letter begins, noting the significant diversity of cultures and viewpoints among the Adventists there. “We are united in the gospel of Jesus Christ, our love for one another, and our commitment to the mission of sharing God’s love and the message of salvation with our community and the world.” It quotes Ellen White; “the secret of unity is found in the equality of believers in Christ.” (Review & Herald, December 22, 1891)

“We believe this is why our Adventist church in the western United States has been a leader in innovation in ministry. Our schools and hospitals are in the vanguard of education and care. The Pacific Union has provided a fertile environment for the growth of diverse and effective ministries. Our dependence upon the Holy Spirit and our willingness to be led are the bedrock of the commitment we have made to the church we love and the communities we are called to serve.”

The letter recalls that White lived in California from the time she returned from Australia around the turn of the 20th century until her death in 1915. This was also the time of the 1901 and 1903 GC Sessions when the union conferences were created and she advocated that they have some of the authority traditionally given to the GC itself. One of the central issues in current discussions is the authority over ordination to the gospel ministry that is assigned to the union conferences.

The letter again quotes White; “when a great and decisive work is to be done, God chooses men and women to do this work, and it will feel the loss if talents of both are not combined.” (Evangelism, page 469) It also quotes Philippians 1:6 from the New Testament; “he who began a good work in [us] will carry it on to completion until the day of Christ Jesus.”

The letter reaffirms the decisions made by the constituency delegates. “We are committed to equality in ministry, and we reaffirm the actions of the Executive Committee and the Pacific Union Conference that stretch back more than two decades affirming the mission the mission-critical role of women in ministry. We support the North American in its renewed commitment to focus resources on the development and training of a significantly increased number of women in ministry.”

The letter also poses a number of key questions that, more than any of the other many documents and statements circulated at various levels of the denomination in the past couple of months, get the core of the current crisis in the organization. “How can we better address the realities of seeking to live in harmony with God’s plan in this time and place? What will be learn when we confront the difficult questions raised by a faith that is relevant? What happens when we are honest and thoughtful about theology and the Christian life? How shall we approach conversations about our emotional selves, and the feelings that accompany every aspect of our life together? What can we do together to create better understanding with those whose convictions differ from our own and with whom we may simply disagree? Will we listen to each other? Will we be open to the Spirit of God to minister to us individually? Will we be open to God?”

The Columbia Union Conference executive committee voted last week to affirm the response to the GC document voted by the North American Division executive committee in October: “While we wish to register our vigorous disagreement with the intent of the document, we do not wish to respond impulsively. Therefore, in light of this document, we move to authorized NADCOM [the division governing committee] to appoint a subcommittee to craft a thoughtful path forward.”

As Adventist Today has reported on several occasions, this entire issue is not settled. It will not “just go away,” as some wish. It requires prayer, study and thought from all Adventists, and further dialog among denominational leaders and members of the governing committees at the union conference and GC. The pastoral letter from the Pacific Union Conference executive committee provides a fresh agenda for these conversations.