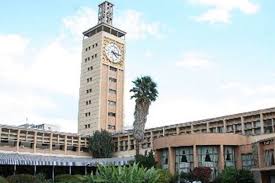 By Tysan, 20 August 2018 | Members of parliament in Kenya have called upon President Uhuru Kenyatta to beef up security for the Adventist lawyer, Fred Matiang’i who serves as Cabinet Secretary for the Interior, the chief law enforcement officer in the nation. Matiang’i has taken strong action against corruption and the lawmakers say that cartels behind contraband goods want to eliminate him.

The legislators spoke at Olare Secondary School in Homa Bay County. They stated that Matiang’is firm and resolute resolve against importation and sale of illegal toxic sugar had put him in danger of attacks by organized crime.

The MPs pledged to support Matiang’i in efforts to rid of the country of illegal sugar cartels. MP Samuel Atandi said the president needed to ensure Matiang’i’s protection so that he could continue executing his mandate without fear for the benefit of all Kenyans.

“Matiang’i has been firm and resolute in the fight against sugar cartels angering unscrupulous traders through frustrating their operations,” said Atandi. “I call on President Kenyatta to ensure the Cabinet Secretary is protected fully. He is wanted by people within and outside government because he is a threat to their illegal businesses.”

Atandi assured Matiang’i that Nyanza MPs were fully behind his firm stand against sugar cartels because they had impoverished sugarcane farmers in the region.

The same day, President Kenyatta asked Kenyans to join him in a war against corruption, pointing out that the fight is for the well being of all citizens and the republic at large. His request comes at a time when several corruption cases are playing out.

A number of top government officials have been arrested and others suspended from their positions. Among them are several county governors, Kenya power officials, Kenya Pipeline managers and National Youth Service (NYS) leaders.

Kenyatta’s remarks met with both criticism and support as Kenyans differed on matters fighting corruption, some faulting the criterion used in dealing with the problem. Others said the fight against corruption was not being given sufficient attention.

Some Adventists in Kenya support the presidents call and some do not, according to their political affiliations, Adventist Today has found in conversations with a number of church members. Edgar, a member in an Adventist church in Nairobi told Adventist Today that this seems like a “rat race [in which] brother dogs [seem to] bite each other [but] not really.”

A local elder in a church in Migori County said that he did not want us to use his name because the church stays out of politics. “The work of Kenyans now is to pray for Kenya,” he said. The President’s appeal “might seem useless because of political divisions which have overwhelmed Kenyans [who] do not remember that God can use anyone when it comes on bringing stability to our state which [has many] Christians.”

Tysan is a correspondent for Adventist Today based in East Central Africa. You can communicate with him through the Adventist Today general email address by placing his name in the Subject line: atoday@atoday.org