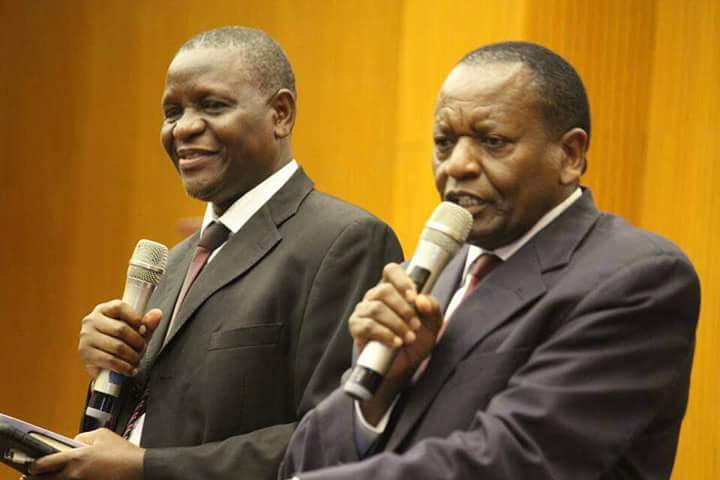 By Tysan  |  20 March 2018  |  The Global Adventist Internet Network (GAIN) conference in Tanzania began Monday and continues all this week. It has brought together nearly 500 people from eastern Africa who are interested in using digital media to advance the cause of Christ. Most are Adventist denominational employees and church members, but some are nonbelievers, one of the organizers told Adventist Today

Pastor Ibrahim Younze, communication director for the denomination’s Southeast Conference, was the first to welcome the participants on Monday. He used a uniquely African approach to introducing everyone, asking those from each local conference to sing as a group. Welcomes were also voiced by the two organizers of the event, Gideon Msambwa from the Northern Tanzania Union Conference and Christopher Ungani from the South Tanzania Union Conference.

The Hope Channel, the denomination’s official television network, has an estimated 89 million viewers in Africa through in-home satellite dishes, cable television systems, and over-the-air analog broadcasts, reported Gideon Mutario, a vice president for the channel. It is also viewed by significant numbers in Australia, India, Russia, New Zealand and the Pacific, he stated.

The denomination’s television outreach in Tanzania has operated for some time under the brand name of Morningstar TV and it is planned to announce it as the new Hope Channel Tanzania during this event. An official from the national government ministry that oversees broadcast media will participate. Adventist Today has learned that Hope Channel Tanzania is already available on YouTube.

Another Tanzanian among the presenters was Sanctus Mtisimbe, a very successful television producer who is currently story creator and director Siri Za Familia, a very popular drama series on EATV, and Michakato, a daily show on Clouds TV which is competing successfully with foreign television products with the largest viewer numbers. Mtisimbe also produced Maisha Ya Bongo for Star TV. His presentation focused on “preaching Christian lifestyle through film.”

Other speakers include James Gayo, a popular cartoonist in East Africa; Dr. Zacjaria Ngereja, a professor of technology at Ardhi University; and Gureni J. Lukwaro, digital marketing manager for American University of Sharjah in the United Arab Emirates (UAE).

A briefing on the Adventist News Network (ANN), the official international news service of the Adventist denomination, was presented by Jennifer Stymiest who is an editor in the ANN global central office in the United States. Participants were told that they needed to submit news to ANN through the denomination’s communication department.

Among the speakers will also be Pastor Steven Bina, a media ministry legend in the East Central Africa Division of the Adventist denomination, now retired. Reuben Mbonea from the Tanzania Adventist media center gave on overview of what can be expected from the center. Prince Bahati, communication director for the denomination’s East Central Africa Division, presented the media strategy of the Adventist Church in the region.

Tysan is a correspondent for Adventist Today in Africa. He is a participant in the GAIN conference and will make a presentation about Adventist Today and the independent journalism service it provides for Adventists around the world via Web, Facebook, Twitter, a weekly Email edition, a monthly PDF edition, a quarterly print magazine, and books published in paperback and eBook formats.