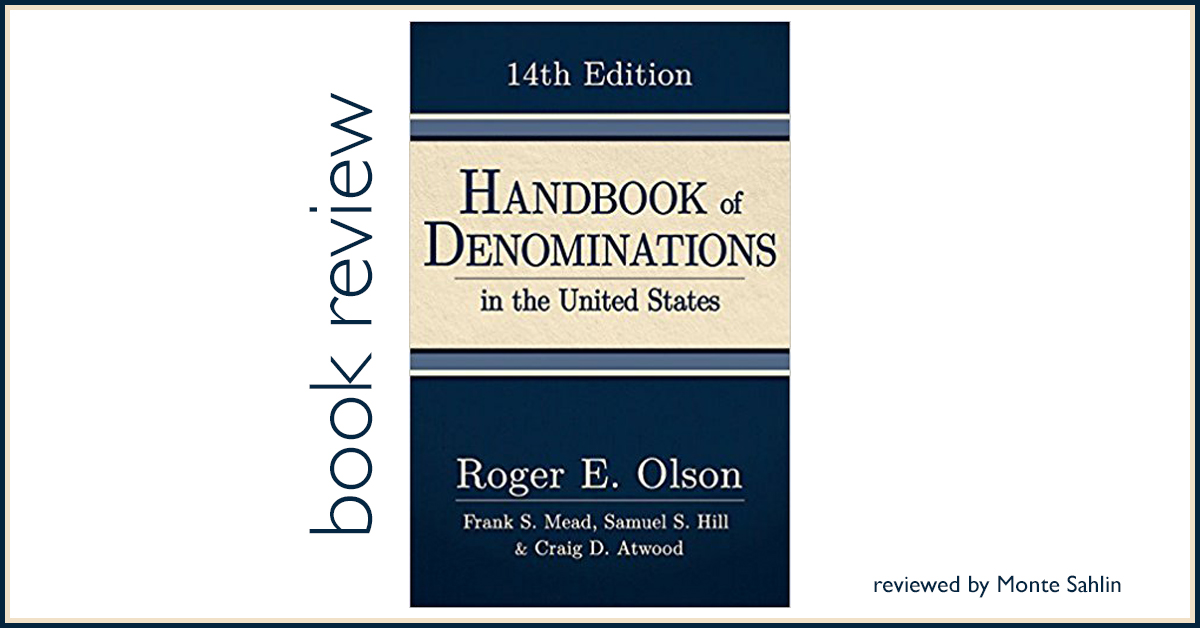 The 14th edition of the Handbook of Denominations in the United States came off the press in recent weeks. This is the most widely respected reference volume of its kind, designed for readers other than academic specialists. The last edition was released in 2010.

The Advent Christian Church grew out of the William Miller movement in the 1840s and has about 22,000 members in 270 congregations. It has no creed, but preserves the pacificist position and Sunday worship practice that was common among Millerites. It rejected the ministry of Ellen White and the theological ideas of early Seventh-day Adventists, but has a shared view of the “state of the dead.” It has a congregational organization and maintains affiliations with Aurora University and Berkshire Christian College.

The Christadelphians are both Adventist and Unitarian in theology with roots in the Disciples of Christ, and have 15,000 members in 170 congregations. In 1844, John Thomas launched a “return to primitive Christianity” which was pacifist, congregational in structure, had an inerrant view of Scripture and rejected the doctrine of the Trinity. They have no clergy and women are not permitted to speak or pray publicly or participate in meetings of elders. They have no associations or headquarters.

The Church of God (Seventh Day) is a Sabbath-keeping denomination that formed in 1858-63 as the Seventh-day Adventist denomination was getting organized, largely around the issue of rejecting the role of Ellen White. Its headquarters is in Denver and it is affiliated with Lifespring School of Ministry. It has about 11,000 members in 200 congregations.

The Church of God and Saints of Christ is a historically African-American, Sabbath-keeping denomination that seeks to live a literal understanding of the Old Testament. It now has some 40,000 members in 50 congregations and was begun by William S. Crowdy who was born to slave parents, served in the Union Army during the American Civil War, and was a Baptist layman when he began to have visions in 1893. The organization is episcopal and its headquarters is in Cleveland.

The Church of God General Conference is an odd-lot collection of groups that have a variety of backgrounds, including several connections with the Advent movement of the 1840s. The current organization was actually formed in 1921 and has about 4,000 members in 84 congregations. It is sometimes called the church of Abrahamic faith, reads Scripture very literally, is Arian in theology, and shares with the Seventh-day Adventist denomination the teaching on the “the state of the dead.” The structure is congregational and affiliated with Atlanta Bible College.

Grace Communion International is the denomination that has emerged from the Worldwide Church of God after the death of Herbert W. Armstrong. He was a member of the Church of God (Seventh Day)–see above–when he started the Radio Church of God in 1934. He taught the seventh-day Sabbath and other Adventist ideas and the members were tied directly to the denominational headquarters. It grew rapidly from 1964 to 1974, but then conflict surfaced as local groups formed and Armstrong’s son took members with him into a splinter group when he was disfellowshiped, allegedly for adultery. Armstrong died in 1986 when the denomination had 120,000 members. Over time it repudiated many of its teachings, a number of local groups joined other denominations and splinter groups formed. It has become a conventional Evangelical denomination and currently has about 11,000 members in 300 congregations. Some congregations, wishing to retain the Sabbath, have joined the Seventh-day Adventist denomination.

The Philadelphia Church of God broke off from the Worldwide Church of God in 1989. It has about 5,000 members in 100 congregations. It is a Sabbath-keeping denomination and pacifist in principle, and teaches “the state of the dead” in a manner similar to Seventh-day Adventists. It holds to the traditional teachings of Herbert W. Armstrong.

The United Church of God is the largest denomination that still holds to the teachings of Herbert W. Armstrong. It has about 14,000 members in 200 congregations, it is strongly Adventist, and continues to teach British Israelism, Armstrong’s unique theology. Headquarters are in Cincinnati.

The two large Adventist denominations listed in the Handbook of Denominations in the United States are the Seventh-day Adventist Church and the Jehovah’s Witnesses or Watch Tower Bible and Tract Society. Many Adventists will not like the idea that the Jehovah’s Witnesses are classified in the same category with them, but Charles T. Russell, who started the Jehovah’s Witnesses movement, was deeply influenced by the Advent movement of the mid-1800s, although he was not born until 1852. As the book explains, “He developed his own Adventist ideas based on personal study of the Bible, and his lectures attracted huge crowds. To date, some thirteen million copies of his books have been circulated.” The first Russellite group formed in 1870, at the close of the decade in which the Seventh-day Adventist denomination officially organized.

To the rest of Americans the two denominations are seen as about the same size (each roughly a half percent of the total population) and both are seen as outsiders to the mainstream of American culture. In fact, surveys have shown that many Americans confuse the two, telling interviewers that Seventh-day Adventists do not believe in blood transfusions (despite the fact that the denomination sponsors one of the largest hospital systems in the country and a noted medical school at Loma Linda University in California). In fact, Jehovah’s Witnesses generally do not participate in higher education and Seventh-day Adventists not only operate a dozen fully-accredited colleges and universities, but teach the importance of education.

You may order Handbook of Denominations in the United States, 14th Edition here.