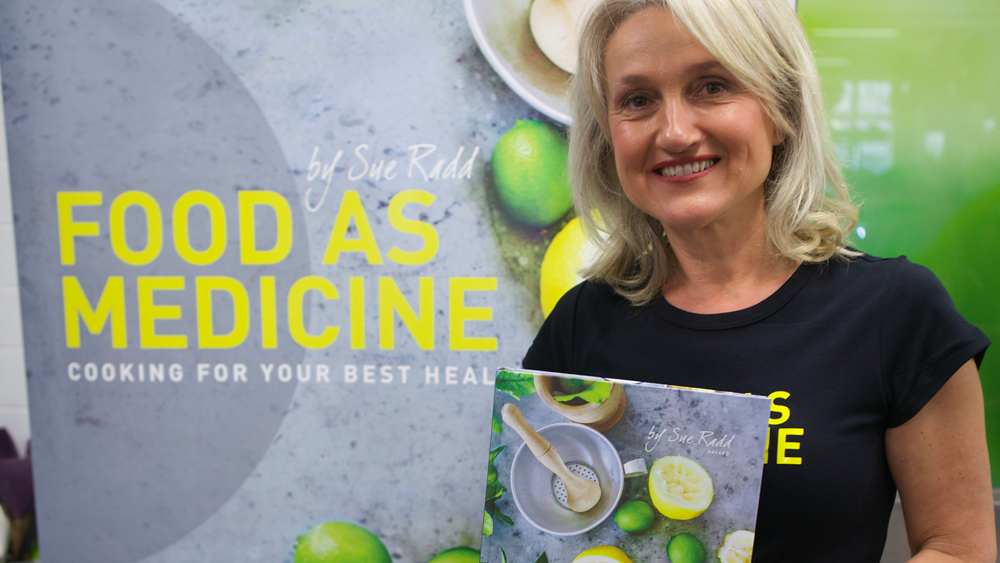 From News Release, June 2, 2017:      A book authored by an Adventist nutritionist and published by the denomination’s publishing house in Australia has been named “Best in the World.” Food as Medicine: Cooking for Your Best Health was awarded the Best Health and Nutrition Cookbook in the world for 2016 at the prestigious Gourmand World Cookbook Awards held in Yantai, China, last weekend (May 26-29).

“The Gourmand award originates from France and is highly coveted. Never in my wildest dreams did I expect we would win,” said the author, nutritionist Sue Radd after she learned of the win from Signs Publishing general manager Andrew Irvine, who attended the awards ceremony. “It’s a great honor and definitely a blessing. My hope is it will open doors to have the important messages contained in this book reach millions of people around the globe,” she added

According to Radd, who is conducting doctoral research into nutrition and mental wellbeing at The University of Sydney, the award recognizes Food As Medicine as beautifully presented, highly practical for use in home kitchens and, importantly, underpinned by the latest scientific research. “It also challenges you to try some new things, such as a new vegetable or spice, or a different way of cooking something you already use,” she explained. “Most importantly, the recipes are delicious because they are inspired by many traditional kitchens around the world.”

The award was presented by Edouard Cointreau, chairman of the awards committee. The Cointreau family operate Le Cordon Bleu cooking schools around the world, along with a number of other significant food and food-related businesses. Since 1995, the Gourmand awards have honored the best food and wine books, as well as food television shows. Publishers from more than 200 countries participate in this prestigious annual competition.

“There is no higher award in the cookbook world,” Irvine said. “Standards are very high and there is significant competition in each category.”

Food As Medicine was awarded best Health and Nutrition cookbook in Australia late last year, which meant it was nominated for the international award. Then it was shortlisted as one of eight in the Health and Nutrition category from around the world. Already, this year, agreements have been entered into for editions of Food As Medicine in German and Slovene and this award is likely to lead to more international interest.

“It was a privilege to receive this award on behalf of the talented team who made the book possible,” Irvine said. “And I have been amazed by the support and encouragement received from other chefs and industry professionals I have met during the awards process.”

Radd offers her award-winning cookbook as another evidence that Adventists can be proud of their history and insights into health and wellbeing. “The health message has never been more relevant than it is right now,” she said. “It is vital that every Adventist learns it or re-learns it, and applies it to their own life, so they can also help others live happier, healthier lives.”

Food As Medicine is available from Adventist Book Centres in Australia and New Zealand. More information at <http://foodasmedicine.cooking/> or “Like” Food As Medicine on Facebook.

The photo shows author Sue Radd with the cover of the book.