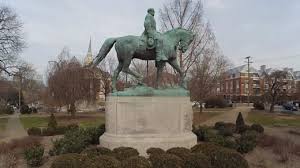 August 15, 2017:      After violence broke out Saturday in Charlottesville, a city in southern Virginia (United States), the local Adventist churches are working together to help with the healing process. The Bethany Seventh-day Adventist Church took part in the counter rally on Sabbath and members of the Charlottesville church banded together in special prayer.

Pastor Daniel Xisto, leader of the congregation, placed a note on Facebook addressing the numerous messages he received from concerned friends who knew he and his family live in Charlottesville. He responded by writing “in all honesty, I’m not OK,” and listing reasons why in several statements.

“I’m not OK because white supremacy, white nationalists, neo-Nazis, KKK members, and other domestic terrorist groups thought they could come in to my town and cause my friends to fear.” Xisto continued, writing that he wasn’t OK because a young woman and two police officers died as a result “alt-right, fragile-ego foolishness.”

“Our thoughts and prayers are with the families of Heather Heyer, Lieutenant H. Jay Cullen and Trooper-Pilot Berke M. M. Bates of the Virginia State Police, who lost their lives on Saturday, August 12, during the violent uprising in Charlottesville, Va. We’re also praying for healing for all who were injured and impacted.

“As a church, we abhor evil and stand against individuals and organizations who perpetuate hatred, violence and discrimination. God calls each of us to love, to be compassionate and to show mercy to all people no matter their race or gender. We honor that call and stand in solidarity with those who seek peace and justice. We pledge to do everything in our power to end the scourge of racism, sexism and discrimination whenever and wherever we see it.

“In the spirit of unity and solidarity, we will join with our four area Seventh-day Adventist churches—Bethany, Central Hispanic, Charlottesville and Charlottesville Spanish—to pray for the victims, their families and the community. The rally will be held at the Freedom of Speech Wall, 605 East Main Street, in downtown Charlottesville on Sabbath afternoon, August 19, at 1:42 p.m., the time a car plowed into the crowd killing Heather Heyer and injuring 19 others.

“The purpose of the rally is to demonstrate Christ’s love and bring healing to this hurting community. We invite you to join us in a season of prayer for peace at the time of the incident—in Charlottesville or wherever you may be.”

Dr. Leslie Pollard, president of Oakwood University, the only Adventist higher education institution officially designated as an Historically Black College in the United States, responded with the following statement: “Like many Americans, the Oakwood University family is grieved by the events that transpired in Charlottesville, Virginia, this past weekend. Our deepest sympathies go out to the victims of the mindless violence perpetrated by the agents of hatred as well as the peace officers who lost their lives last weekend. As a community of servant learners, who have been on the receiving end of history’s wicked racism, intolerance and  brutality, we stand with the millions of citizens who condemn racial supremacy, bigotry, Nazi hate groups and their racial prejudice. Our nation is built on respect, tolerance, and the acceptance of all who embrace our national values. The Oakwood community commits itself to working for a society which embraces peace, understanding, and generosity of spirit. May God bless all who renew their commitment to such a beloved community.”

Pastor Dan Jackson and Pastor G. Alexander Bryant, the president and executive secretary of the denomination’s North America, issued the following joint statement yesterday (August 14): “We are deeply disturbed by the violence and hate that descended upon Charlottesville, Virginia, this past weekend. We are heartbroken by the tragic death of Heather Heyer, who was standing up against bigotry and hate when her life was senselessly cut short. We pray for Heather’s family, the community of Charlottesville, and all of those who were injured by the attack on those who rose up in solidarity against evil. As Christians and followers of Jesus we stand with Him against the white supremacist groups that spread racism and violence. We pray for the day when all of God’s children, of all races, treat each other with love and respect rather than bias and hate.”