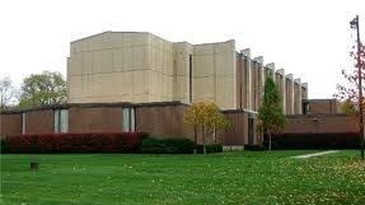 23 May 2019 | As community groups across the Dayton metropolitan area have come together to stand firm against the message of hate from an out-of-state KKK group that is coming to town to hold a demonstrate this coming weekend, the Kettering Adventist Church has announced a Concert for Peace and Unity on Sabbath afternoon (25 May). It is the same afternoon that the white supremacist group is demonstrating on Courthouse Square downtown.

“We are a community of active Christians striving to let everyone in this city know they belong,” Executive Pastor Monte Torkelsen was quoted in the Dayton Daily News. “We stand against hate in all forms as was demonstrated by Christ and, with a loving touch, open our doors to the Dayton region during this time of potential strife and conflict.”

Organized by Jeremy Winston, the congregation’s director of worship and the arts, the concert will feature several local groups, including the World House Choir from the Coretta Scott King Center at Antioch College in Yellow Springs, the Jeremy Winston Chorale which won the Gold Medal at the World Choir Games in 2012, and the Kettering Adventist Church Choir. The concert is free to the public.

Two community events are also planned for parks in the Dayton area the same afternoon, but both will end in time for anyone who wishes to go the Adventist Church for the concert. A Love Fest with food trucks, speaker and live music will be held in Oak and Ivy Park and an Afternoon of Love, Unity, Peace and Diversity will be held in McIntosh Park.

The next day, on Sunday afternoon, a Cleansing of the Square will be held by a coalition of community groups in Courthouse Square to “wash away the hate.” The hope of civic leaders is to provide alternative activities that will prevent the kind of violence that has occurred in Charlottesville, Virginia, and other places where white supremacist groups have organized demonstrations.

Kettering is an inner suburb of Dayton and the Kettering Adventist Church has about 1,500 members. It shares a campus with two Adventist institutions: Kettering Medical Center and Kettering College. The Kettering Health Network operates eight hospitals and ten free-standing emergency rooms in the metropolitan area. All together there are a dozen Adventist churches in the region, with nearly 3,500 adherents.

The photo is of the Kettering Seventh-day Adventist Church.