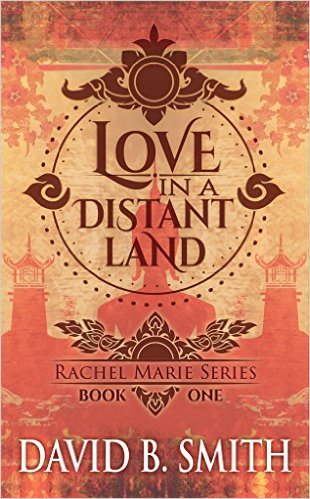 Adventist Today readers may be familiar with the writing of David B. Smith. He wrote the Bucky Stone Adventure, a multi-book series for teens, published by Review & Herald, as well as several nonfiction books such as Watching the War, and Heaven. He was also Voice of Prophecy’s main scriptwriter for more than a year, and worked on quite a few other writing projects. Here, in a quote from his website, Smith says of his early years,

“After finishing college with bachelor’s and master’s degrees in mathematics, I taught at the junior high school level for several years before moving on to become a writer and editor for a publisher of religious and health-oriented seminar materials. I have to confess that it was my work on two monthly kids’ newsletters, Planet Earth and Bodywise, that helped me discover a knack for creative, sometimes zany approaches to finding reader hooks for students. We spent more time concocting puns and jokes than actually writing the features.”

Today, Smith is still a math professor at San Bernardino Valley College, but he has now branched out into the wider world of Christian fiction. Perhaps it was that “knack for creative, sometimes zany approaches” that helped him in creating fiction that will appeal to not only Christians of all denominations, but perhaps to secular readers as well, or at least to those who are enough in a spiritually seeking mindset to try out a story that is unashamedly Christian from the start, but delves directly into elements of the seamier side of life. “Christian fluff” this is not. Smith’s goal is to show how God helps people deal with a life that can be difficult and confusing.

He says, “I wanted to craft stories that show sweet, generous, muscular Christianity in action. The teachers at Bangkok Christian School love to have a good time; they tease each other and embrace the school kids – who are adorable. But they forgive each other; they exude encouragement and the wonder of sharing Jesus in a Buddhist world. Most of all, this is a place where people who have experienced some bumps along the way come to BCS and find both healing and a fresh beginning.” This quote is from a long and fascinating interview on the “Meet Rachel Marie” tab of his website. I highly recommend reading the whole thing.

Smith says that the series is “about 50/50” fictional and autobiographical. It takes place in Thailand, where Smith grew up as the son of missionaries, and he says that many of his experiences are woven in, though Bangkok Christian School is a fictional place.

His father, Pastor Ken Smith, was a child actor who played Waldo in the iconic series Our Gang, but later became an Adventist pastor, and all four of his sons are pastors, too. Smith preaches some of the time; in fact, a recent Facebook post mentions preaching at the Thai church in Redlands, CA.

In the biography page on his site, Smith relates, “For just a brief three-year stint, I joined my three brothers in the field of ministry, pastoring a small English-speaking Korean congregation in Temple City, California. I still have fond memories of my time at Upper Room Fellowship – a church group that finds itself in the narrative of Vol. 1 of my Thailand trilogy* of love stories: Love in a Distant Land. I then returned to my chosen field of mathematics, spending two years at a Christian school in Redlands, and now as a full-time member of the totally awesome mathematics department at San Bernardino Valley College. From bio

*This quote mentions a trilogy, though only the first book is out yet, however in the above interview, Smith sounds as if he has already written or at least outlined seven books, and says he’d like to make ten volumes if he can.

Smith is a great C. S. Lewis fan; one page of his website is devoted entirely to Lewis quotes. One of his favorite quotes, also featured on the front page, is one Adventist Today (and this writer) can heartily agree with: “We must attack the enemy’s lines of communication. What we want is not more little books about Christianity, but more little books by Christians on other subjects – with their Christianity latent.”

Last but not least, one of the best details, for fans of the Bucky Stone adventure series, is that Rachel Marie is Bucky’s little sister, and Bucky has some cameo appearances in the new series.

Love in a Distant Land is available on Kindle, where you can also read a sample chapter.