In the year 1890 the Seventh-day Adventist church voted a policy of racial segregation that lasted for the next 75 years. Robert M. Kilgore was the leader for the evangelistic work in the South, and the decision, which became known as the Kilgore policy, was made after a failed evangelistic campaign in Nashville, Tennessee, in 1889. Kilgore theorized that the low turnout by the white community was due to holding meetings with black people. He said that for the expediency of the gospel, black people should be segregated in the work from white people.

His colleague Charles Kinney, the first African American ordained minister, urged against this course of action. Kinney told Kilgore that black congregants would be insulted if they were not fully accepted with white congregants in fellowship.

Despite Kinney’s objection, Kilgore introduced this strategy to church leaders, and they adopted it. The result was that African Americans were not only segregated within the Adventist churches, but were also denied acceptance in its institutions and facilities.

Some historians refer to the Kilgore policy as “gospel expediency,” but by any name it was merely disguised white supremacy practiced under the banner of the gospel.

Ellen G. White spoke out against the Kilgore policy on March 21, 1891. During an address to the brethren at the General Conference session, she told them about a vision she had in St. Louis the year before when, she said, the Spirit of God rested on her and made her aware of the matters in the church that were in offense to God. In vision she saw these words in fire: “All ye are brethren.”

She went on to say that some of the brethren were closing their hearts to Jesus, giving as an example how African Americans in the St. Louis church had been mistreated and that they should have the same respect as all of God’s children.[1]

Despite Ellen White’s rebuke, the Kilgore policy was practiced in the Adventist Church from 1890 until 1965. This means that the Adventist church began practicing segregation before Plessy vs Ferguson, an 1896 SCOTUS decision which said that state-mandated segregation laws did not violate the equal protection clause of the Fourteenth Amendment.

Denial of admission to schools

African Americans were not admitted to many Adventist schools during this period. Some schools used a quota system to limit the number of black students that could be admitted.

Dr. Frank Hale Jr., an Adventist educator from Ohio, was looking for an Adventist academy in which to enroll his daughter. He was told by one academy dean that Black students were not readily accepted at their school: out of the three hundred students in the school, there were only three black students, which the dean explained was a result of the academy’s quota system. Only black students from upstanding families were admitted. Dr. Hale learned that other Adventist academies had quota policies too, and after quotas were reached, all other black applicants would be denied admission and their application fee would not be refunded! [2]

To add insult to injury, Oakwood College, which served black students, had white administrators who maintained a wall of separation between students of color and white employees. For example, it was not uncommon for white employees and black students to eat in segregated dining spaces. Also, it was not uncommon for racial epithets to be uttered and black employees to be dismissed by white administrators. [3]

In 1920, John Manns, pastor of the Adventist church in Savannah, Georgia, found himself separated from denominational ministry. Manns cites bigotry by white leaders as the chief reason for his split to the Free Seventh Day Adventists. He also notes that many intelligent black members separated for the same reason.[4] Black leaders left the denomination because the church leadership positions were given to white men: the church considered Black people ineligible for leadership posts merely based on their race.[5] Manns once said that there was more prejudice in the Seventh-day Adventist church than in any other denomination, to the point that it would “shame the papacy and make the devil blush.”[6]

Denial of admission to medical institutions

Prior to 1943, the Washington Sanitarium practiced a quota system, and only admitted African Americans in emergency cases. Even then, the care was given by off-duty employees in the basement of sanitariums. In 1943 they changed their policy to not admit any black patients.

Many are now acquainted with the story of Lucy Byard, a godly African American woman who was a member of First Jamaica Adventist Church in New York City. Lucy developed cancer, and her husband, James, felt impressed to have her treated at the Seventh-day Adventist Sanitarium.

Lucy and James Byard arrived at the Sanitarium in 1943, but were turned away—in spite of having made previous arrangements to be treated there. The staff person attending them told them that the state of Maryland forbade the admittance of black people in the Sanitarium. A month later, Lucy Byard died of liver cancer.

Like all Seventh-day Adventists, Black members believed the Second Coming of Jesus to be imminent. They wanted to spread this message. But often they felt their hands were tied. Can you imagine how hard it would be to share the gospel with the African American community after they learned that the Adventist church practiced white supremacy? What African American would want to join a church like that?

One prominent black Adventist leader who brought his concerns to church leaders during this era was Lewis Sheafe, an attorney and an Adventist pastor. His words fell on deaf ears, and as a result he left the church. Other highly skilled black leaders who defected were James Howard, a physician, and J.K. Humphrey, who started his own Sabbatarian church with over six hundred black Adventists. We must also mention Arna Bontemps, a poet of the Harlem Renaissance and educator at Harlem Academy and Oakwood College.

These are only a few; there were many more. Not just pastors, but African American church members, too, became discouraged with this institutional racism, and some subsequently left the faith.

The Department of Justice intervenes

The U.S. Supreme Court declared segregation unconstitutional in 1954 (Brown v Board of Education of Topeka). Yet the Adventist church did not stop practicing segregation until eleven years later. What prompted the change? In 1965, the Department of Justice’s Attorney General Nick Katzenbach heard that the Adventist church still practiced segregation. He contacted the General Conference, and told them they had a matter of weeks to integrate their institutions or face consequences from the federal government.

Can you guess what happened next? Very quickly the Adventist church desegregated their institutions. (It is also important to note that other major denominations had ceased segregation long before this.)[7]

The Attorney General recognized, as Adventist church leaders didn’t, that as a policy of institutional racism embedded in a Christian church, this was nothing more than white supremacy under the cloak of the gospel.

It’s interesting that after efforts from Black Adventists to integrate Adventist institutions, it took a threat from the Department of Justice to compel the church to desegregate. Why did the church only change its views when threatened? Was racist culture more important to them than fellowship with people of color?

This leads us to a very important question. The Adventist Church compromised on racial segregation. Would it have also compromised its teaching on the Sabbath if new converts objected and said that Sunday was the Sabbath?

The lesson we learn from looking back at this history is that sin is not satisfied until hatred and oppression is fully realized. 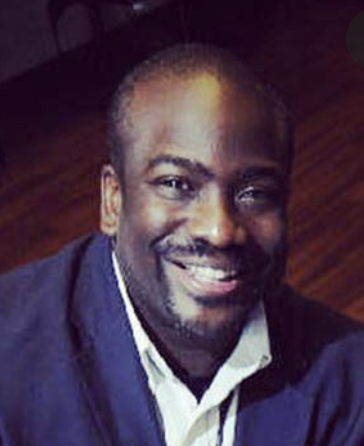 Tuwan Ussery White has a BSW from Oakwood University, and an MSW and MAPM from Andrews University. He is currently a Professor of Social Work at Pacific Union College and an itinerant preacher on topics of social justice, community empowerment, and diversity-equity-inclusion.