A Worldview Approach to Science and Scripture

A Worldview Approach to Science and Scripture is worthy of consideration by all who want to understand issues related to science and the teachings of the early chapters in Genesis. Carol Hill’s fundamental purpose in writing this book is to promote harmony between Christianity and science. As a scientist, she looks to anthropology, archeology, geology, meteorology and hydrology to inform us about the earth and human history.

I cannot claim to be a scientist. I am a retired pastor who has an interest in science. Over the years, my understanding of the issues associated with the Genesis stories of early life has come more into focus. This book has served to clarify those issues and help me to better understand both what the Biblical teaching might be and to understand those who differ from the traditional Seventh-day Adventist understanding. While I do not agree with everything that Professor Hill proposes, her book has been helpful to me and I think it will be helpful to others who face questions from friends and congregational members,

Personally, Professor Hill considers the Bible to be an inspired revelation of God. She believes that the Bible contains records of actual historical events, and that the Garden of Eden was a real place which existed about 5500 B.C. Adam was a real person and so was Noah, who may have lived about 3000 B.C. The flood, as she understands it, and the ark of Noah were real. Lastly, she believes that some of these events involved “nature miracles” in which God intervened into his physical laws to accomplish his purpose.

From this perspective, I consider it to be of value to consider her understanding of the Biblical record. Even when I do not agree with some of her conclusions, I find it of value to understand why and how she reached those perspectives.

I agree with her premise that to understand the Bible, one must understand the language of the Biblical author, the historical, physical, political, social culture and literary nature of the writing. She clearly adds to our understanding of the Mesopotamian culture and cosmology, of the period beginning about 5000 B.C.

I find her discussion of the Mesopotamian sexagesimal system (a base-60 system) of numbers to be of interest, and of value when it is combined with the postulate that such numbers could either be of real value, or of a symbolic (numerological) description of the sacred.

She and I agree that prior to the creation events described in Genesis; there was some type of existence for this planet. We differ in our understanding as to what that might have been. But, her discussion of this, I consider to be of value. It is interesting that her date for The Garden of Eden clearly fits a short chronology.

Hill takes the position that the flood of Noah was localized rather than global. This position should not be dismissed absent understanding that she believes that the Bible teaches a localized flood. Her comments on the nature and size of the ark, which she limits to 300 feet, are of value.

Her chapter on flood geology has addressed a number of issues that I must consider. One area is that of plate tectonics and continental drift. Another is the Biblical teaching on the sources of the flood water and the meaning of the fossil record. She has opened my thinking about the fossil record to consider issues that I have not previously considered.

In her concluding three chapters, Hill sums up the various approaches to the Biblical issues and provides a comprehensive statement as to what she believes is a correct understanding of the relationship between science and the Bible. Her chapter on evolution and genetics is a good primer as to what constitutes evolutionary theory. I appreciate her discussion of the Biblical “kind” and how that cannot be considered to equate to “species” in our common taxonomic classification. I suggest that there is value in her suggestion that pre-scientific people, as in the time of the authorship of Genesis, divided zoological life into three to five of the following life forms: fish (aquatic life), birds (flying creatures), snakes (creeping life forms), what I will call insects, and mammals (the larger animals to include Reptiles). The discussion in this chapter includes vestigial structures, embryonic organs, comparative genetics, the Cambrian Explosion, Intelligent Design and more.

Chapter 9 is a discussion of Adam and Eve. Early on it contains a good summation of what anthropology and archeology say about the beginning of human life and how it migrated over the world. This discussion includes that of a mitochondrial Eve who is suggested, by some, to be the mother of all living humans today. I find her discussion of ethnology (racial origins and distribution) and its relationship to the Tower of Babel, Japheth, Shem, and Ham to be interesting.

As she closes the 9th chapter she suggests that Christianity has divided into four views of what the Bible teaches about the origin of life: a Young-Earth Creationist View, the Progressive Creationist View, an Evolutionary Creationist View and a Historical Adam View. She adds a fifth approach that she calls A Worldview Approach to Origins. Associated theological issues, such as that of original sin and the image of God, are included in this discussion.

In the final chapter, chapter 10, Professor Hill discusses the worldview approach to the Biblical record. This discussion includes pre-Adamite humans, other creation accounts, the covenant with God, the flood of Noah, and more. She acknowledges that this approach is related to a theistic evolutionary position.

While I agree with this book in part, and disagree with some of the positions that Professor Hill has taken, I find it to be of immense value to me. It gives me a better understanding of Biblical issues than I previously had. It helps me to have a lucid conversation with people on these issues. I have a better sense of problematic aspects of positions that I may hold. It gives me additional evidence to support some of my understanding of the Biblical teaching of Genesis.

I recommend that people who wish to understand issues related to the teaching of Genesis obtain this book and study it. 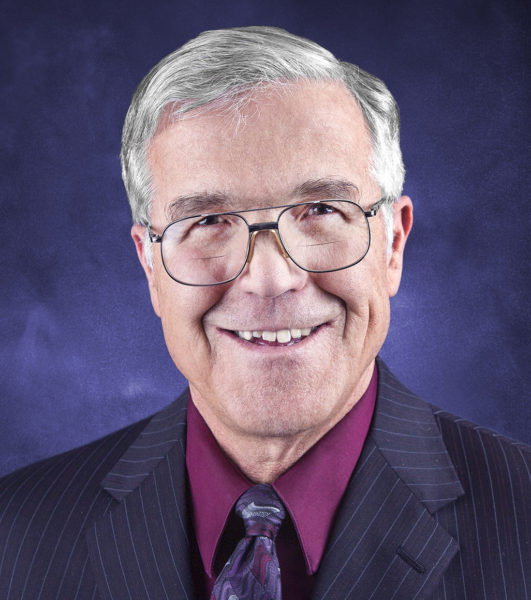 Gregory Matthews is a retired pastor from the Potomac Conference. He has also served as a chaplain for the US Army and the Department of Veteran Affairs. He was awarded Legion of Merit and Meritorious Service Medal with Oak Leaf Cluster.

What About a House Church? Free COVID-19 Testing at Black Churches Gets Adventist Support