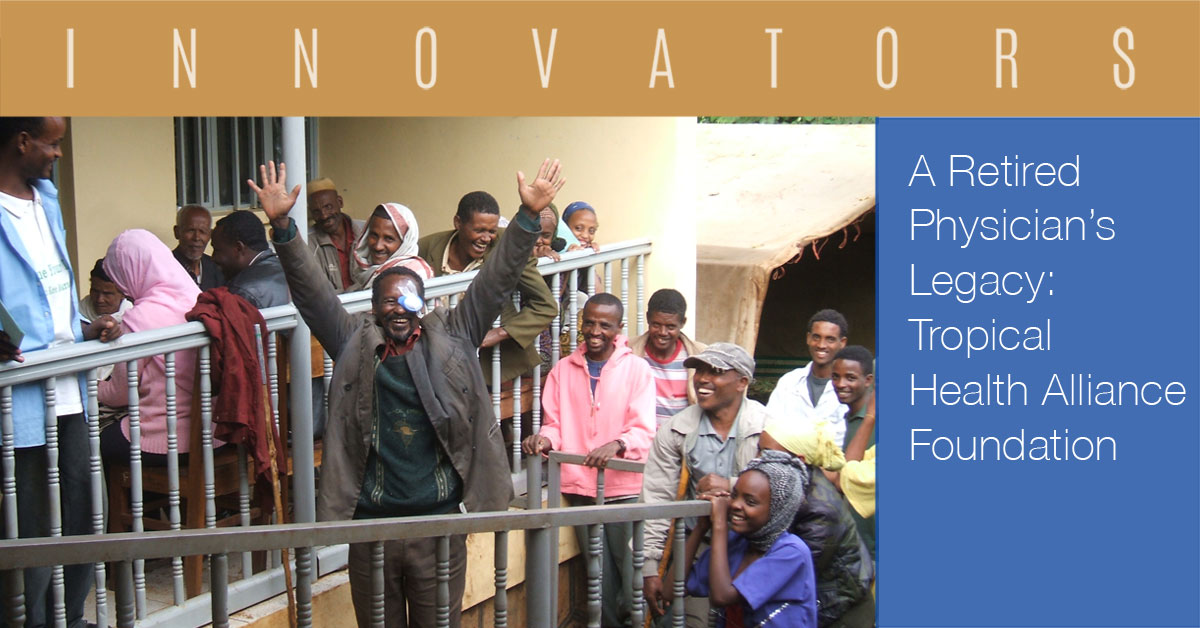 “God does not need our good works, but our neighbors do.”
Martin Luther

Redlands, CA–There are thousands of non-profit organizations set up to help people all over the world. Many of those thousands are providing medical help. This is the story of one Seventh-day Adventist physician’s journey in starting such a group.

Larry L. Thomas, MD, DTM&H, graduated from La Sierra University in 1970, spent a year in England at Newbold College and a stint as a student missionary in Hong Kong along the way. In 1974 he earned his M.D. degree at Loma Linda University.

He plied his trade as an emergency medicine physician for 34 years, with a few breaks here and there. One such hiatus took him back to England, where he enjoyed his time at Newbold. In 1988 he received a diploma in tropical medicine from the London School of Tropical Medicine and Hygiene.

“I wasn’t particularly interested in practicing that kind of medicine at the time,” he says, “but I was tired of long nights working in the ER, and this break helped clear my mind and gave me a new perspective on the world.”

Another turning point in his life, which also took place in London, was his newfound friendship with evangelical preacher, writer and thinker John Stott. Stott helped Thomas grow spiritually and taught him to think more clearly about the needs of people in the wider world.

“In 1991 I was invited to go to a service at All Souls Church in Central London. I had no idea who John Stott was nor the impact of his life and ministry on the Global Church.  I have been a believer all of my life, but while listening to the sermon, I was profoundly impressed that Jesus really is who He says He is and that I wanted to be a committed Christian because the whole thing is true.  A call was made and I was moved to answer it.  There was no emotion to the decision at all–just a deep realization of who Jesus is, what He has done, and the glorious things He is soon to do. I am so grateful that I stepped into church that day because the commitment has never left me.”  Thomas remained friends with Stott to the very end of Stott’s life and served for eight years on the Board of Directors of Langham Partnership which was started by Stott and remains as his legacy.

When Thomas returned to the states, he, along with Dr. Peter A. Smars from the Mayo Clinic in Rochester, Minnesota, started a project to send physicians from the London School of Tropical Medicine and Hygiene to Adventist hospitals to gain three months of clinical experience in the diseases that they had studied while in London.  This successful venture led him to decide to start a non-profit corporation. It became known as the Tropical Health Alliance Foundation (www.thaf.org).

“We encapsulated our philosophy for the foundation with the acronym SPUD—Simple, Practical, Understandable and Doable,” Thomas says. “We wanted to find simple solutions and changes that would transform lives and make them better.  In the West, we often try to do less and earn more.  While at the London School of Tropical Medicine and Hygiene, we wrestled with issues of how to do more with the limited resources available.  It was very clean talk and I liked it.  Our goal at Tropical Health Alliance Foundation is to use money well and impact as many lives as possible.”

These simple solutions included things like providing shoes to rural people in Africa to prevent PODO (short for podoconiosis), a foot disease of poverty affecting 4 million Africans in which an inorganic fiber in endemic areas penetrates the skin, obstructing the lymphatics.  This causes severe swelling of the legs and feet. The simple solution is to provide shoes to impoverished people! The foundation also helps to build safe water systems to capture and keep clean rainwater for drinking.

Eventually, the foundation began to do medical procedures, including women’s surgeries to correct uterine prolapses and bladder and rectal fistulas, caused by girls taken as brides as young as age 13.  These young girls are often too small to push a baby through the birth canal because their growth has not been completed—they are anatomically children, but physiologically adult women. “These people encounter health challenges that we would never think of in the Western, developed world,” he says.

In recent years, the foundation has focused its attention on cataract surgery in Ethiopia. Here is Thomas’ explanation: “Natural aging causes cataract blindness in elderly people in Africa, as it does throughout the world. In Ethiopia they have no seeing eyes dogs.  Instead, a child is often indentured to lead a person day and night. What happens is that the young child(most often a girl) must give up her schooling, and thus loses a chance to escape poverty and prepare for a meaningful life.”

“We currently have a ten man/woman team of Ethiopians who work full-time doing cataract surgery—the patient is restored to sight, and can take care of himself or herself and be productive.  As an added bonus, the young person can return to school and prepare for a productive life.”  Thomas tells of a friend of his in the US who had cataract surgery done on the family dog for over $9,000(USD), while in Ethiopia, cataract surgery on a blind person can be done for $50(USD).

Ethiopia has one of the highest rates of blindness per capita of any country in the world.  Over 900,000 of the more than nearly 100 million Ethiopians are blind due to cataracts.

“When we began four and a half years ago, we had a goal to restore sight to 20,000 people by the year 2020. When we first started, we were hesitant to tell people about our goal because we feared that it was too ambitious, but as of June 2017, our team has done over 16,000 cataract surgeries.  At this rate, we should be able to do 25,000 cataract surgeries by the year 2020.  This is far ahead of our original plan.”

He works primarily in the Wollega region of western Ethiopia, where there is precisely one ophthalmologist in a region with 3 million people. That physician is Samuel Bora Imana. Thomas also works with a Catholic nun, Sister Evelyn, to organize the program. His efforts were jeopardized recently when Sister Evelyn’s order planned to move her to another area in Ethiopia, and Dr. Imana went to Addis Ababa, the capital, to teach at the Medical School.

“We appealed to Sister Evelyn’s superiors to allow her to continue her work in Wollega, and they changed the order. So she continues with us.”  After talking with Dr. Samuel, he too agreed to give up his post at the University and continue serving the blind in Wollega.

Thomas receives support from the sole Roman Catholic congregation in Loma Linda, the Church of St. Joseph the Worker. He recently received a donation of $17,000 from the church. “Our effort has been an interfaith venture from its beginning, and that opens us up to cooperation from many people who want to see positive changes.”  Thomas likes to quote John Newton(the author of the hymn “Amazing Grace”)–“When a house is on fire, Churchmen, Dissenters, Methodists, Papists, Moravians, Mystics, are all welcome to bring water”.

“I can’t tell you what satisfaction this work brings. To see the happiness on the face of someone whose sight has been restored is priceless.” says Thomas.

Thomas’ website(www.thaf.org) states that “The Foundation subtracts nothing for our administrative costs–100% of your donation goes to charity. You may ask how we do it. Like all non-profit organizations, we do have administrative costs; however, we raise funding for these expenses independently so that ALL of our donors’ money goes directly to our projects.”