A Practical Lesson in Ecumenism and Systematic Christianity 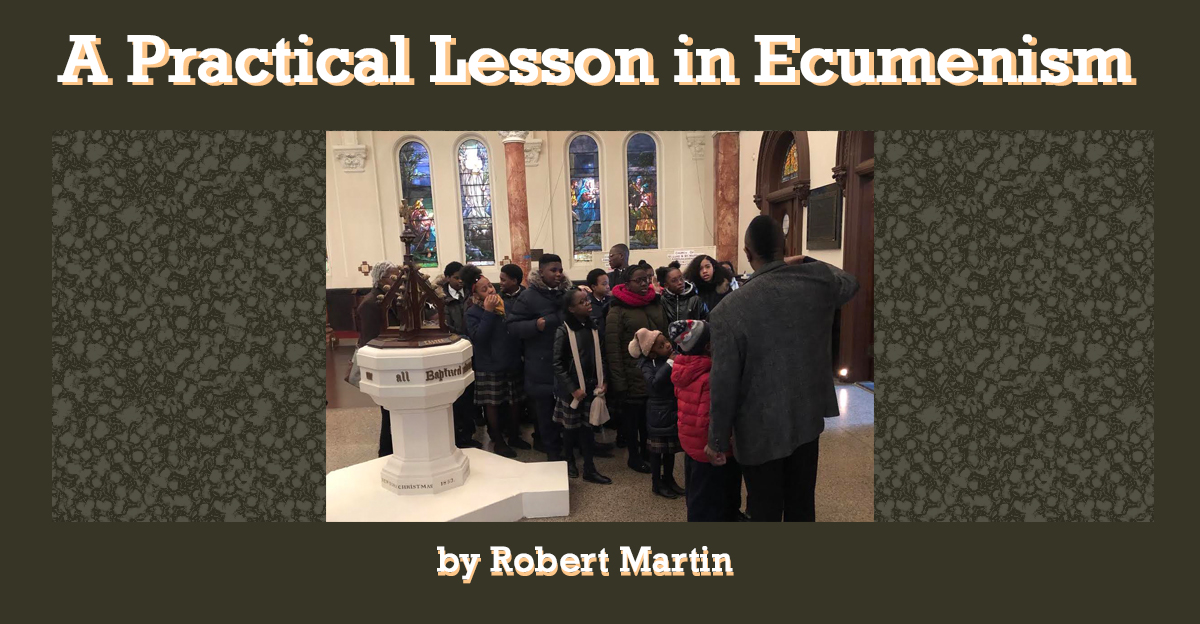 The Seventh-day Adventist church, the Church of Jesus Christ of Latter-Day Saints and the Jehovah’s Witnesses, are a trio of American-born religions with a strong proselytizing profile. Historically these three religions have been distinguished by, among other things, a high state of tension with the surrounding socio-cultural environments. Their difference is manifested in separation from the surrounding culture, and a certain level of antagonism toward it, because they disagree with the dominant culture about proper norms, beliefs and behaviors. Such attributes are characteristic of all sects.

All three of these religions were founded in the mid-1800s, during a period of revivalism in American Christianity. Fourteen-year-old Joseph Smith, Mormon prophet and founder, received a vision in the 1820, just as Ellen Gould Harmon, the prophetess of Adventism, also received a vision a few years later as a child.

Adventism, like the Mormons and the Witnesses, have tensions with society at large because our belief systems are viewed as peculiar, thus creating a strong separation from society, including our institutional relations with governments and other religious groups. There is also within these three movements a strong antipathy to politics and political action.

Adventism’s anti-political ethos stems not simply from the premillennialists’ rejection of “the world” and its ways, but from a highly specific eschatology which imputes to the state a crucial role in the series of events which precede the second coming. Adventists seek to affirm and reinforce their peculiarity, remnant nature, and messianism under the aegis of Daniel’s prophecy, the Three Angels messages, and a prophetic eschatology from passages like Daniel 7-9 and Revelation 17).

It is out of this history, prophetic and theological eschatology, that Adventism’s fundamental aversion to ccumenism was born, nurtured and matured. Adventism was never a part of, and is unlikely to join, the ecumenical movement and its most well-known body, the World Council of Churches (WCC)—even with with that body’s more contemporary model that calls for unity and cohesion of the global church in promoting global social and political justice. (The pre-Second Vatican Council model of ecumenism often felt self-serving on the part of the Catholic Church, which called for Protestants, the children of the Reformation, to return to the motherly fold of Catholicism.)

The unique nature of Adventism, its history, theology and practice, stand out for all to see, and is well known in global religious and sociological circles. Adventist theology and its practice, to a considerable extent, permeates all of a believer’s life choices, with our medical institutions, institutes, not to mention schooling from pre-kindergarten through postgraduate tertiary institutions—2,435 secondary schools and almost 6,000 Primary/Elementary Schools globally. In these schools Adventist theology and values are taught, reinforced and reflected, from instruction, socialization, daily worship and prayer, Sabbath School and regular church attendance, and programs.

Do not forget that the classical purpose of Adventist education and institutions is to train workers for the propagation of the gospel. Consequently the uniqueness, remnantness, and peculiarity are informed and developed during this experience.

I am an alumnus of an Adventist school (Buff Bay Academy, Portland, Jamaica) and a public primary school, followed by Catholic and secular tertiary education. I’ve had an abiding interest in education, and I have taken a special interest in our own church school, the Hanson Place elementary school, sponsored by my local church, the Hanson Place Seventh-day Adventist Church. 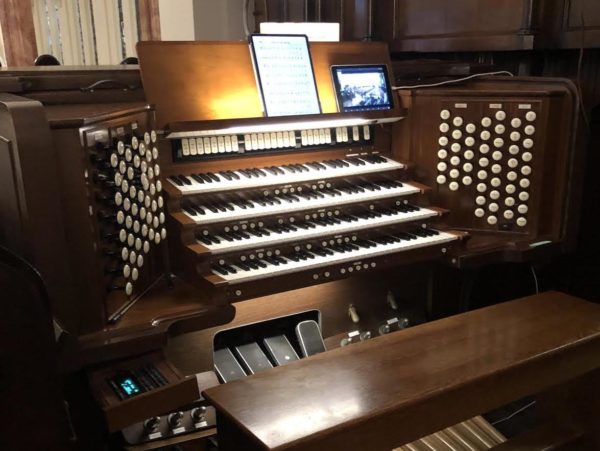 I’m also a fan and promoter of the pipe organ for worship—as opposed to the imported praise team concept borrowed from the Pentecostalists and others by some Adventist pastors. This charismatization of Adventism, it seems to me, is unrelated to our basic Adventist theology. I’m a regular visitor to one of Brooklyn’s largest Episcopal/Anglican churches, the Church of St. Luke and St. Matthew, which has a huge four-manual pipe organ with almost 4,000 pipes.

One of our Hanson Place school teachers and I decided to give our students an ecumenical experience, by means of learning about pipe organs. We facilitated a field trip for the students to the Church of St. Luke and St. Matthew in late February 2020. About 30 students, ages 6-14, along with five members of the faculty, took the trip. 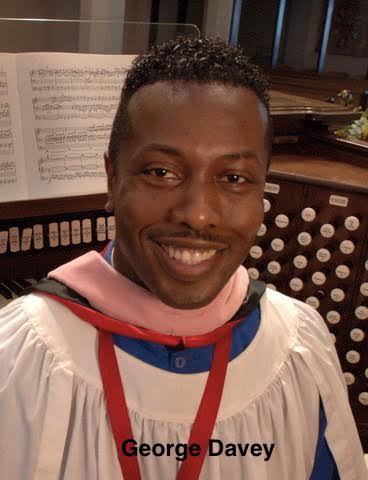 The organist and choirmaster of the Church of St. Luke and St. Matthew is Mr. George Davey, B.M., M.S., the first non-white person to hold that position in the 123-year history of the church. Mr. Davey was raised as a Seventh-day Adventist in the North Street Adventist Church in Kingston, Jamaica. He received his first music degree from the Atlantic Union College, was trained on the organ under the accomplished (late) Dr. Kestner Robertson of Atlantic Union College, and is now choirmaster and organist at one of Brooklyn’s largest Anglican Churches.

Dr. Davey ushered us into the expansive Romanesque church for a guided tour. It was very quiet inside, and the students recognized that and acted accordingly—very reverent. Mr. Davey explained the symbols and other notable elements inside the church to excited and curious students.

They were shown, among other things, how the church was designed in the shape of a cross, how the stained glass windows were a method to teach bible stories to church members who were illiterate (many members in the early days of that congregation couldn’t read), how the three levels of the church’s interior (the altar, the chancel and the nave, this last where the members sit) represented the Holy Trinity, how the expansive space is a symbol of God’s greatness in comparison to humanity’s smallness, and how statues are symbols used in the individual worship experience, not idols as described in the pagan religions of the Old Testament. Mr. Davey provided the group with a primer on the Anglican worship experience, the church layout and elements of their theology.

In the final leg of the tour, the students and staff sat in the twin-facing choir loft of the chancel choir. With their prepared songs from the Seventh-day Adventist Hymnal, as well as their favorite songs from their respective congregations and the school worship, this “incidental” choir, accompanied by the eminently skillful Mr. Davey on the powerful pipe organ, filled every crevice and space of the majestic Anglican church with rich, joyful praise.

In a tribute to Black History Month, the first song was “Lift Every Voice and Sing.” There was also a beautiful organ/violin rendition of Amazing Grace, with a 9-year-old Grade 3 student playing the violin. The impromptu choral performance culminated with a boisterous singing of the hymn, “Lo He Comes.” It was church—a moving, fulfilling and spiritually satisfying experience that blessed all of us.

This was a quite remarkable ecumenical experience for our students.In this role, and on this occasion, Mr. Davey hosted a group of students from a Seventh-day Adventist school along with their teachers, and led them in the singing hymns from the Adventist Hymnal, inside the Anglican Church.

In this experience, we can observe elements of a sublime ecumenism. Beyond the structural fissures, parochialism and challenges of ecumenism, beyond the self-serving elements of our respective theologies, systematic Christianity (as opposed to systematic theology) can unify us through Christ as we we see that we Christians all accept him, seek his will for our lives, and strive to follow him through our respective understandings.

At the Anglican Church of St. Luke and St. Matthew, the songs of Zion, from the pipe organ and the voices of children, was that unifying force. 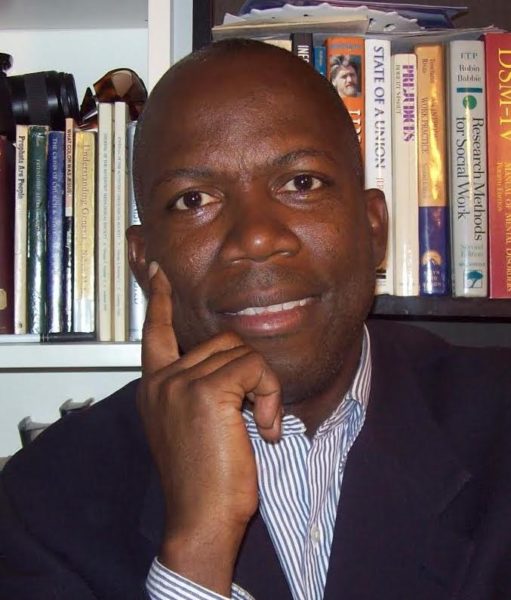 Dr. Robert G. Martin is originally from Jamaica. He is a third-generation Seventh-day Adventist and a member of the Hanson Place Church in Brooklyn, NY. He was appointed Senior Policy Adviser for a city agency by Mayor Bill de Blasio. He enjoys music, education, politics, theology and economics.