A Picture and a Thousand Words, Part 2: Debbie Hooper

It is a truth universally acknowledged that when posting on social media you must look out for unintended messaging and political landmines. People who work in communications and marketing call the multi-step process involved in taking photos or video, writing a blog or accompanying description, ‘content creation’; but the truth is, there is just as much curation as creation. Organizations exclude certain language, image types, and messaging as much as they include others, because each post communicates “This is who we are and what we value.”

At 3:35 pm on March 15, someone hit the publish button on what turned out to be a highly sensitive post for the Seventh-day Adventist Church in Australia Facebook page. The jaunty message accompanying a photo of 23 males provoked a tsunami of controversy.

We are so happy to welcome back administrators, from all nine conferences, to our offices this week, with only a few joining by zoom.

The photo showed them standing with feet hip-width apart, gazing earnestly towards the camera like a group of aging Marvel heroes willing to take up post-COVID air travel for the benefit of mankind.

But that wasn’t the only unintended message. The one that shocked so many of us was: WOMEN NEED NOT APPLY.

The Union president Pastor Terry Johnson (with whom the proverbial buck stops) acknowledged the problem after it became apparent that this post was receiving more than the usual mild interest and supportive thumbs up or heart emojis. He issued a heartfelt apology:

I read the disappointment and it cuts to the quick. We can do better and we must through the processes that we have.

The overall response? Yes, the Adventist Church must definitely do better.

But what perplexes me is how the post made it through the curation process. I can only think of two possible reasons. The first, because the people involved in the decision to post were unable to predict how others might receive it, and oblivious to the raw nerve it inevitably hit. Two, they knew and went ahead anyway, perhaps believing they’re immune to backlash because they’re used to the kinds of blind support we ultimately witnessed from some online commenters as the complaints mounted.

Honestly, I think it’s the former. At least I’m hoping they didn’t realize the implications, because the alternative is way too sad. And in some ways, I’m glad the post made it to the light of day. It has become one of those valuable teaching moments in Adventism. It teaches us that the Adventist Church is not doing enough to support female ministers and also becomes a learning opportunity for church leaders to see that people are very, very hurt and unhappy about that. In fact, a larger number than ever before broke their silence to come out in solidarity.

In an undeniable illustration of “the emperor’s new clothes,” the post said everything we already suspected about the unconscious bias against women that exists in the church. In black and white, it told us that:

But without getting caught up in victimhood, let’s stand up, finally and publicly, to tell the Church that they are out-of-touch and ignorant. Despite the hushed conversations and justifications going on behind closed doors about waiting for the mysterious “things” that are supposedly happening behind the scenes, the Seventh-day Adventist Church in Australia (and arguably in other western countries but what appears to be a lesser extent) is doing little.

Teacher and third-generation Adventist Rochelle Bews expressed it well in an interview on SDAQ&A on Friday:

The thing that I find so fascinating and so frustrating in the comments as I read through them is how people are responding to it—is that there is so much defense of what this photo represents from people who claim to be supporting women’s equality. What strikes me is that the people who are defending it are the [same] people saying we are moving towards women’s equality, we are making big steps, there is nothing to criticize here….

At what point are we going to look at it and recognize that this is… in complete denial about the reality that is so visible to all of us? The shocking thing about this photo is that it’s not a shock to anyone who’s interested in gender issues in our church.

Messages from the women not in the photo

Apparently, one woman was absent in person but attended via Zoom. Yet, I want to talk about the “invisible women” in the photo: those who should be there but were not. These invisible women are telling us that female pastors are not getting leadership jobs. They’re also telling us that if there is little female influence and perspective at management level, perhaps women are not really seen or heard in the church much at all.

I’m sorry, gentlemen: stop hiding behind the excuse that institutions are slow to change. You’re no doubt great human beings but the status quo is inadequate and a hindrance to more effective ministry for, and to, both church members and the wider community.

Will you acknowledge this urgent need for change in the way Adventists do things? Those of us who’ve been waiting and watching for so long now hope that next year’s photo will celebrate a more diverse leadership. 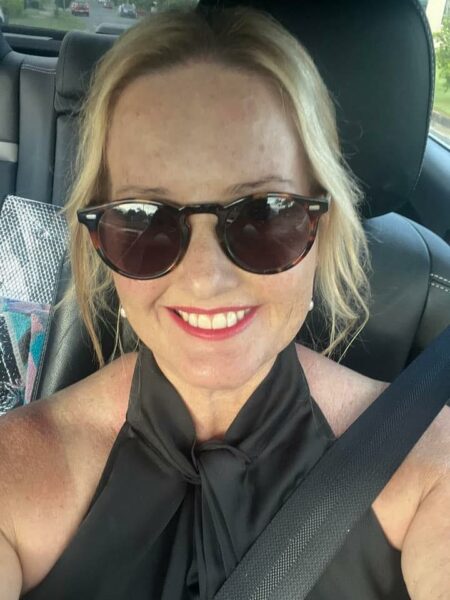 Debbie Hooper is a writer and editor living in the Northern Rivers region of New South Wales, Australia (freshwriting.com.au). She’s the daughter of a pastor, and does communications work for Adventist institutions such as Brisbane Adventist College.