In Admiration of Greta Thunberg 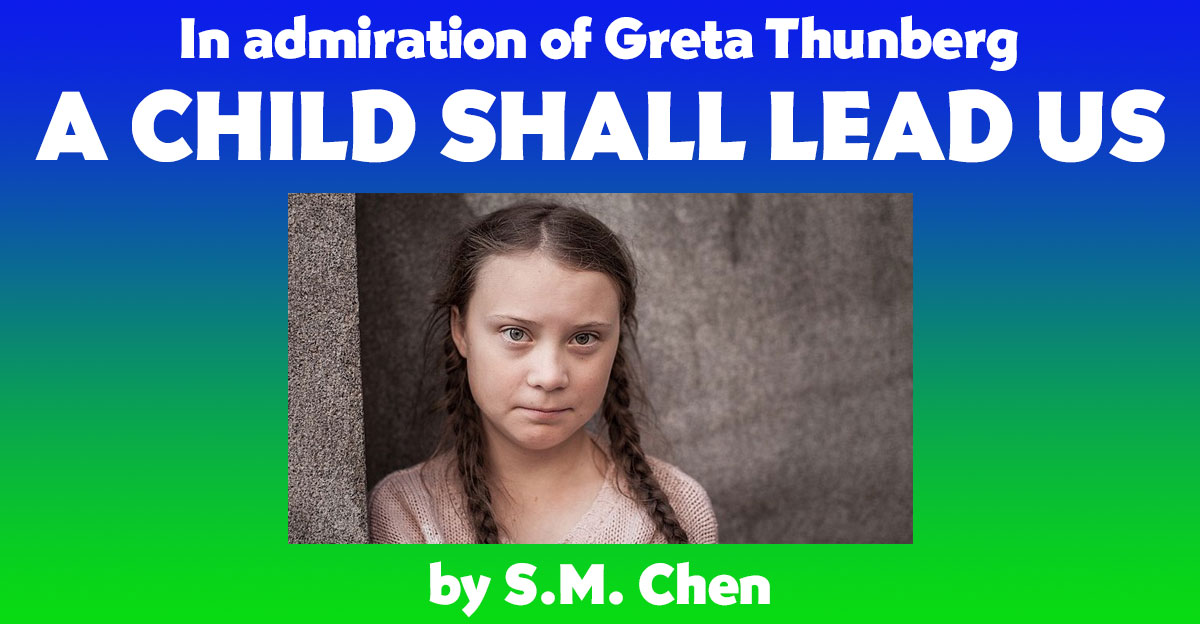 She is only 18. She is small (4’11”) and still decidedly girlish. Her growth may have been stunted by an eating disorder during formative years.

She was diagnosed as having Asperger’s syndrome, part of the spectrum of autism. In addition, she has OCD and selective mutism. When she does speak, she chooses her words carefully and does not mince them. Her candor is appealing.

So, what makes her so special? Why is she not just another Scandinavian schoolgirl?

For reasons not entirely clear to her, when she speaks, people listen. So she tells them not necessarily what they want to hear, but what she thinks they should hear.

American writer H L Mencken (1880-1956) said the job of journalists was to “comfort the afflicted and afflict the comfortable.” Though she does not seem mean-spirited, Greta afflicts the comfortable. People in high places, in government and business. When Greta speaks, they may outwardly applaud, but I suspect more than a few inwardly squirm.

Andy Warhol (1928-1987), American pop artist, once opined there would be a time when everyone would be famous – for 15 minutes. Now appears to be that time for Greta Thunberg, and the world has taken note – for much longer than 15 minutes.

Greta, unlike some, does not covet fame. Or the fortune which often accompanies it.

She doesn’t want people to listen to her for her. She wants them to hear her message, which comes from the heart. There is no question she is sincere, and, despite being capable of being snarky (she is, after all, barely an adult), she is deadly serious when giving speeches at rallies and to world leaders.

She does not covet the limelight. She knows her time in it is short, and she has to make the best of it. There will come a time when people no longer listen to her, but to the voice of another.

Fame is fickle. And fleeting.

It all began around August, 2018, when Greta was 15. She began spending school days outside the Swedish Parliament with a sign reading “Skolstrejk for klimatet” (school strike for climate). Other students joined in. Soon, like a snowball rolling down a high hill, the movement gained size and momentum.

Greta has won numerous awards and garnered praise for her leadership in activism. She has been nominated for the Nobel Peace Prize more than once.

Like a modern-day Joan of Arc (1412-1431), she leads the banner of her chosen cause. Both females were young and fervent.

Her family was not particularly eco-conscious at first. Her mother is an opera singer. Her father, an actor, accompanied her on trips all over the world before she became an adult. They gradually became supportive of her beliefs, which has facilitated her pursuit of activism on a global scale.

She has traveled widely in pursuit of knowledge about climate change. It is to be found everywhere, whether from a survivor of the devastating fires in Paradise, California, in 2018, to the Sami people whose way of life with their reindeer is affected in the far north of Scandinavia.

The glaciers are melting, ice disappearing. The Athabasca Glacier in the Columbia Icefield of the Canadian Rockies, which Greta visited, recedes about 5 meters per year. And with their melt, the seas are rising. With the rise of the seas comes encroachment by water onto land, wherein water now covers (and will continue to expand onto) land that was once above waterline.

Greta conducts impressive interviews with a variety of thoughtful scientists. All reach similar conclusion: our planet is on the brink. We must do something, and, often, many things at once to stay within the provisions of the 2015 Paris accord, which the US recently rejoined. Those provisions call for an increase in global temperature (global warming) of no greater than 2 degrees (preferably 1.5 degrees) Celsius.

Even if that goal can be achieved, numerous coastal habitats are at risk. With not a little irony, the people at greatest risk are not necessarily those who pollute the planet the most. They are largely innocent bystanders, whose ways of life will be disrupted, perhaps permanently.

How many species are perishing as a consequence of climate change? One study suggests fully a third of all plant and animal species may go extinct by 2070.

Greta is not one to say, “Do as I say, not as I do.” She walks the talk. Rather than take a jet flight from Europe to the USA (or vice-versa), she travels by sea, which is much slower (takes days) and more uncomfortable than a seven-hour flight.

A single roundtrip jet flight from London to NYC generates 986 kg of CO2. Per passenger. In 56 countries (from Burundi in Africa to Paraguay in South America) the average person generates less than this amount in a full year.

Our Earth, this ‘pale, blue dot’ (for indeed that is what it appeared as in photos taken at distance by interplanetary spacecraft), as American astronomer Carl Sagan (1934-1996) called it, is the only place most of us will ever call home.

Perhaps any of us.

Let us treat our home gently and with the expectation that not only we, but generations to follow – our children, their children, and possibly others beyond – will occupy the same space.

Should they not have some input into the kind of world that, as adults, they will live in? Should not individuals like Greta Thunberg have a say?

If we leave the planet no worse off than we found it, they may thank us.

And remember people like Greta Thunberg with not a little fondness and appreciation.